Was it Abuse? I Think So. Because it Left a Scar.

After Monday’s blog, I begged Morgan to tell his story. He obliged and the results are chilling. Morgan Guyton is my friend, a pastor, Patheos blogger, and author of the brand-new (and really freakin’ good) book, “How Jesus Saves the World from Us”. It’s an honor to feature Morgan’s story here.

He didn’t physically touch me. So maybe it doesn’t count. He just made me take a shower while he watched me and pointed at me when I was done. “That’s a fine piece of equipment you’ve got there. Make sure you protect that with a cup.” And the next time I looked down when I was peeing, it was smaller.

He had one ghastly long fingernail on his left index finger that was the finger he used to point at me. It wasn’t every time I peed or showered, but at least a few times every year, I remembered that fingernail and I wondered if I had really shrunk since that night or if it was just my imagination.

I tried to tell my parents about it. I can’t remember what I said exactly. I’m not sure they were as dismissive as I remembered because I’m not sure what I said. You can’t call it sexual abuse unless they touch you, right? If he had touched me, I would have been able to name it and deal with it. Maybe. Because he didn’t touch me, there was no need to deal with anything since nothing had happened. But I kept on shrinking.

It happened at a church basketball team lock-in. Coach Mills had made us shower one at a time while he sat and watched us. It didn’t feel strange because there was only one shower in the gym for us to use. What was strange was the way he looked at us. Another kid Joey was on the basketball team too. Before we went to bed, Joey said to me, “That was weird.”

My grandpa was a big fan of Coach Mills. He was a no-nonsense strict conservative man who would teach me discipline and character. Coach didn’t believe we needed Nike Air Jordans to play basketball. He told me to get some $15 Converse Allstars. I was wearing them years before they became the shoes of the grunge generation.

Coach Mills was also my seventh grade Sunday school teacher. He was one of the most intimidating mentors I’ve ever had. His military background came out in his strict classroom management. I had a lot of respect for him. Even after it happened. People are complicated. I suppose pedophiles can also be mentors who help boys grow into men. If you had asked me to name my top five role models in seventh grade, I might have named Coach Mills.

I don’t know how these things happen for other people, but I’ve read that all but very few cases of child sexual abuse involve people the child knows. One thing I do know is that Coach Mills wasn’t transgender. He was a man’s man. There wasn’t an effeminate bone in his body. He crushed your hand when he shook it. The shower incident seemed like a complete fluke in conjunction with the rest of his personality.

I’ve often questioned whether he was really watching me in an inappropriate way or simply doing what a completely normal church basketball coach is supposed to do at a lock-in where there happens to be one shower, but then I remember the long fingernail pointing at my private parts and Joey saying, “That was weird.” Nope, it wasn’t okay. Does it count as abuse? I think so, because it left a scar.

I wonder what percentage of churches in our country have a Coach Mills working with their children. I wonder how many of those same churches are boycotting Target for standing up for transgender people. To what degree do we create sexual bogeymen in order to avoid facing the real problems in our community? It’s so much easier to make abuse uncomplicated by finding a category of outsiders to scapegoat.

Coach Mills died in 2011. I hope that God didn’t send him to hell for all of eternity on my account. What he did to me does not negate the rest of his humanity. I really hope that the worst he did was to watch boys take showers, but I can’t help but wonder how much more he would have done to boys who spent a lot more time with him. He was also the scoutmaster of our church’s Boy Scout troop.

I don’t have the statistics regarding how many times children have been molested in public bathrooms. But my hunch is that a Target restroom is a lot safer than a church gymnasium shower. It makes sense to be proactive about protecting your children, but don’t let yourself get sucked into hysteria against social outsiders that is more about demonization than actual safety.

The people you need to watch are your kids’ coaches, Scout leaders, and Sunday school teachers. This is why church policies like Safe Sanctuaries are so important for protecting kids and protecting adults from false accusation. We’ve come a long way in the last thirty years. But as long as we project the real problems in our community onto scapegoats like transgender people, we will not be able to make the world safe for our children.

*Morgan Guyton has just released his first book How Jesus Saves the World from Us: 12 Antidotes to Toxic Christianity with Westminster John Knox. His blog “Mercy Not Sacrifice” is hosted at Patheos. He and his wife Cheryl are co-directors of the NOLA Wesley United Methodist Campus Center at Tulane and Loyola in New Orleans, LA. 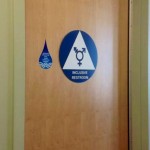 April 24, 2016
On Target and How I'm Parenting Through Controversial Issues
Next Post 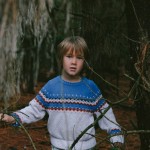