How to be a Better Christian: Lessons from a Queer Priest

How to be a Better Christian: Lessons from a Queer Priest June 10, 2016 Guest Contributor

I was serving as the Episcopal chaplain to Northwestern University. It was not my first professional ministry, but it was my first job as a priest. An instructor in Northwestern’s Gender and Sexuality Studies Program asked me to guest lecture on Christian sexual ethics. As I prepared my presentation, I faced an immediate challenge: how to present my faith in a way that would be taken seriously by the students in this class. I knew that this would be a diverse crowd, probably including members of numerous faith traditions. I also knew there would be quite a few queer students. Interestingly, I felt confident that being gay would give me instant credibility, and that being a female/lesbian priest would at the very least be intriguing to some of the students. But I wanted something that would be harder for many of them: I wanted them to see what it was in my faith that I found so compelling. I wanted them to respect me as a Christian.

To do this, I needed them to be able to lay aside whatever prejudices and assumptions they carried around about the Christian tradition. I also wanted to approach the topic in a way that would not trigger wounds inflicted by the church on queer students–or any of the students–holding out the unlikely hope that an authentic read on the tradition might actually easy some of that pain. All of this led me to an inescapable conclusion: I had to start from square one, introducing the central tenets of Christianity as if the students had never heard anything about it at all. This needed to be more than a retelling of the gospel narrative. I needed to communicate what actually made visceral sense to me about this tradition: what it was that made me believe.

I found myself pondering the question that had so many times been posted to me by religious conservatives: “How do you know God doesn’t condemn you as a lesbian?” Okay, I didn’t actually ponder that question. I find that question to be a colossal waste of time. What I found myself pondering was my answer: “I know, because it’s who I am.” This is an answer that moves in two directions, in this fantastic, passionate relationship with God–which I know, absolutely, to be reciprocal. These are not opinions, or postulates to a logical argument. They are truths, truths I perceive because both of them express something about me, about my soul, about my existence. Seeing myself so clearly–or more accurately, looking out at the world and feeling so unequivocally the ground of my perspective, I understand the power of identity. Pondering this, I recognized that this was also the answer to any challenge to my faith: “I believe, because it’s who I am.”

What I comprehended in that moment was much more than an answer to the question, “How do I explain my faith to others?” What I understood, more clearly than I ever had before, was what my faith meant to me. I saw that my faith isn’t important to me because I am fascinated by the essential narrative of Christianity (although I am); rather, I am captivated by it because it expresses something that is going on inside me. No, that doesn’t go far enough. It expresses something that is caught up in who I am. This is what I saw: in the same way that my lesbianism is built into the fiber of my being, so too are both my Christian faith and my priesthood built into the fiber of my being. Queerness, Christianity, priestless–these exist inside of me, and I spend my daily life, my work, my relationships, finding ways to express what they reveal to me.

Suddenly I saw with fresh eyes the essence of what I have long known Jesus was trying to communicate to his contemporaries: “Put God first in your life. Orient your entire being toward the sacred. Not because I’m telling you that you should, not because it’s what scripture tells you to do. Do it because it’s who you are. It is who God made you to be.” My lecture flowed easily from that point, as has every profession of faith I’ve made since.

Christian faith is premised on questions of identity. My tradition teaches that we are, first and foremost, God’s creatures. God created us out of love, for the sheer joy of it. We are thus dependent on God for our very lives. We are inherently relational beings, created to love, existing in relationship with God and with one another. We have this tendency to run away from God, but God always comes after us. That’s who God is: the One who loved us into being, who chooses us again and again; the One who always wants us back. That’s who we are: objects of this passionate God’s desire, and subjects who are able to stand consciously in relationship with this God, and with one another. We are creatures who have the power to choose God back.

That identity is the foundation upon which Christian theology, ethics, beliefs, and obligations of faith are built. The importance of identity was not an essentially Christian insight–we inherited it from the Israelite people, who recognized their identity as people created and chosen by God. But for Christians, identity becomes something that inexorably draws us into relationships with others across lines of ethnicity, nation, and social status. This is a transgressive movement that requires courage and demands risk.

Excerpted from “Queer Virtue: What LGBTQ People Know About Life and Love and How It Can Revitalize Christianity” by The Reverend Elizabeth M. Edman, (Beacon Press, 2016). Reprinted with permission from Beacon Press. All rights reserved. 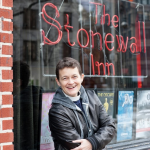 The Reverend Elizabeth M. Edman is an Episcopal priest and a political strategist who has been illuminating people’s understanding of Christianity and queer life for more than twenty-five years. She has worked on some of the most pressing contemporary issues in the intersection of religion and sexuality, serving as an inner-city chaplain to people with HIV/AIDS, from 1989-1995; helping craft political strategy from marriage-equality efforts; and persevering for almost two decades to become an openly queer priest in the Episcopal Church. She lives in New York City.

Get your copy of “Queer Virtue: What LGBTQ People Know About Life and Love and How It Can Revitalize Christianity” by clicking here. 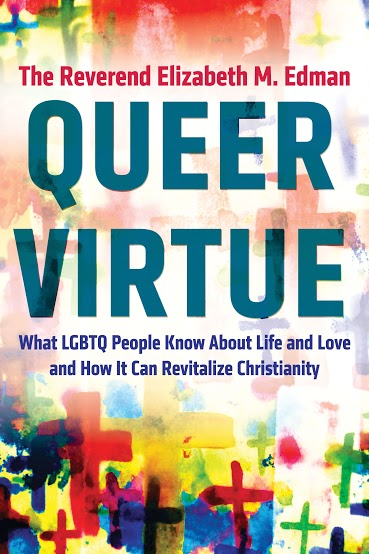 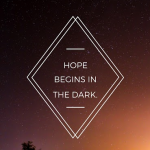 June 9, 2016
What to Remember When You're Pissed at Grace
Next Post 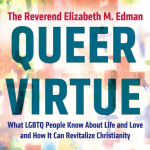 No time to think about what...
slacktivist
Related posts from Grace is Messy