Why I Stopped Hating the Church

Why I Stopped Hating the Church July 6, 2016 Steve Austin

Anyone who says church hurts are no big deal has no idea what they’re talking about. I was deeply wounded by the church and threw stones at her for a decade.

These days, I am blessed to belong to a church I love. But learning to engage the church again has been a long journey. Here’s why I stopped hating the church…

When I was twelve, I fell off my bike and hurt my arm, bad. We didn’t have much money and my dad, an EMT, was from a different generation. You didn’t go to the hospital every time you took a tumble. He wanted to give it time, ice it, and keep an eye on it. “Probably just a bad fall, bud. Take a couple of Tylenol.” He wasn’t being a jerk. He was just calm under pressure, and very practical.

While all of that makes sense now, then, I was pissed.

The next day, when it still hurt, we went for x-rays. “He has a hairline fracture,” the doctor said, pointing to the flimsy film. A few weeks with a cast, names and faces in Sharpie marker, and I could officially say I’d had broken a bone. It was the manliest thing I’d ever done.

My dad was in the driveway when the pea gravel fooled my bike’s tire. He knew I was hurt, even if he didn’t know to what extent, and he did what he thought was right. It didn’t soften the blow, my arm was still broken, but what if I had taken a baseball bat to his truck in a fit of rage because he didn’t respond in the way I felt most appropriate? What if, upon returning from the orthopedist, my Mom slapped him in the face for not immediately taking me to the ER?

That was my response to the Church for more than a decade. A baseball bat and a slap in the face. I’d been wronged by religion. In my brokenness, I was outraged. I had open sores left by my experiences. Instead of allowing the shepherd of my soul to heal me, for so long, I smeared my pain on the Church’s steeple and dared it to question my response.

A few years ago, my wife and I supported a family trying to start a new Church. Several couples met in our home, determined to be different. Only, we were worse than the places we had left. For weeks, we wallowed in our weariness and confessed all the ways we’d been harmed by religion. Eventually, we left that angry little group, because it’s hard to find healing when all you do is pick at your scabs.

After ten years, I have begun to meditate over past hurts and consider my most faithful response to the Church today. But why did it take me ten years to get to this point? All the thoughts and role-playing we do in our heads before we try and find a solution. I did it for way too long.

Nearly two months ago, I secretly drove over to my childhood home, a tiny house in rural Alabama. I parked in the chert rock driveway and spotted the Notice of Foreclosure sign taped to the front window. As I stood next to the pink crepe myrtle in the side yard, words wouldn’t come. Yet, none were needed. Thirty years before, I had stood there, a little boy, not yet in school, and lost my innocence to the selfishness of our neighbor. Someone older than me, someone who should have known right from wrong.

For years, I looked back on the days and weeks that followed my childhood sexual abuse with anger. I felt that not nearly enough was done to help me. There was no counseling for me or prosecution over the wrongs done. My parents did what they thought was right, but some wounds require more than prayer and turning the other cheek.

I broke that day in the side yard. I broke because of an injustice like those that occur in too many congregations by too many people who should know better. I broke like so many of God’s people do. I’m thankful to have foreclosed on that victimhood. Bad things happened, but I don’t have to live inside the identity of a person who was wronged forever.

That day I shed my tears, got back in the car, and drove away from the scene of that long-ago crime. I am now learning to do the same with other Church hurts. It takes time to get to the place where we can accept that moving forward is not saying nothing bad happened. Many people have been hurt by Church leaders, either by action or inaction.

But hating the church is not the answer.

People pursuing God have been ignored, harmed, or pushed away by Church leadership. Yes, what happened was wrong. But setting up camp and dwelling on these wrongs only compounds the problem. I have decided I want to live as one who acknowledges the pain of being done wrong, who has the courage to return and call my pain what it was, and then can pick up and move on.

There are a few writers who have found how lucrative it can be to throw stones at the Church. I don’t want to do that. I am determined that my children will not know me as a bitter former Churchgoer. They will know me as a vulnerable man who has learned the importance of boundaries and who is willing to keep loving.

Often, I write about being broken yet faithful, but can I apply the same concept to Church leaders? Yes, those who accept the call to shepherd should know better, but they are people too. Church leaders  deserve (and need) as much grace as anyone else.

I am thankful that grace extends to the preacher as well as to me, the man sitting in the pew. I don’t want to spend the rest of my life blaming the Church for not doing more. I want to be defined by more than the kid who once fell off his bike, and was broken in the side yard. 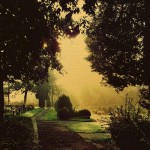 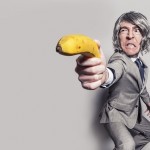 July 7, 2016 Should Your Life Come With a Warning Label?
Recent Comments
8 Comments | Leave a Comment
"I'm glad you agree. As far as my message/gospel, the best thing to do is ..."
graceismessy The Most Rebellious Thing a Christian ..."
"I'm in complete agreement, but I would love to know what your message/gospel is to ..."
Nimblewill The Most Rebellious Thing a Christian ..."
"Thanks Steve, so true."
Done with Religion No, Jesus is Not Headed to ..."
"Love. It all boils down to love."
graceismessy No, Jesus is Not Headed to ..."
Browse Our Archives
get the latest from
Progressive Christian
Sign up for our newsletter
POPULAR AT PATHEOS Progressive Christian
1