How My Marriage Destroyed My Shame

Marriage recovery after a spouse’s suicide attempt is not easy, but it is possible. 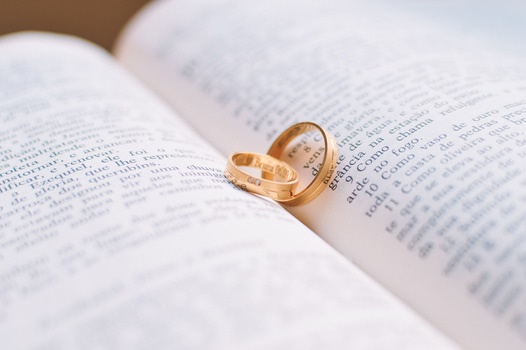 Flashes of light, incoherent chatter. Nothing made sense. I had done everything I could to make sure I never woke up again. So why was I here? Yet, even in such a dark moment, I felt the force of shame in my gut as the cool air hit my bare skin. Why are they touching me?! I wanted to die. I felt ready to die. I was overwhelmed with life and the way things seemed to be crumbling around me.

The strange thing is, I was not ashamed of trying to kill myself. It went much deeper than that. I was ashamed of being seen. The nurse cut off my clothes in the ER, while others transferred my body from the gurney to a bed, and I was flooded with more shame than I can ever remember in a single moment. It’s literally just a flash of memory. The next second, I was out again. I stayed unconscious for several more hours as my liver decided if it would keep me alive or not. But in that space between semi-consciousness and near-death, knowing that strangers could see my body tapped into the shame of childhood abuse, and caused a great deal of panic. Even though I was barely alive.

The woman caught in adultery must have felt the same shaky tenderness the day after she wasn’t stoned to death. The day after the Healer, the Rebel, the Wild Man, the Rabbi stepped into the path of her near-death moment, and told her she would not be condemned.

A stoning would be a terrible way to die. The condemned person, buried up to their waist, watched and waited as a crowd approached. The temperature below ground was below 60 degrees. Participants brought stones the size of plums.

A single hit probably wouldn’t kill someone, or even knock them out, but a hundred stones nearly the size of a fist over a period several hours would do the trick. Organs would rupture and bruise and eventually begin shutting down, but the sinner remained conscious. Hurting. Aware of every blow, yet unable to run. Fully aware that life was over, unable to save themselves. It would have taken four or five hours to die.

If you ask me, a stoning sounds a lot like how shame feels.

For years, my life was marked by shame and fear. It’s true for most victims of childhood sexual assault. I feared turning into my abuser, or realizing I was gay. And in the day-to-day, I feared the person closest to me: my wife. I was terrified Lindsey would discover just how screwed up I actually am, and decide I was not enough. Not man enough. Not strong enough. Not healed enough. Not committed enough. Not holy enough. Not sane enough. Not enough. I was scared that I would be unfaithful to her. I was scared of all of it. As irrational as it is, I would have rather died than face my shame.

Little did I know, my wife would be the tangible grace of God to me.

After my life fell apart and I tried to die, my wife stayed with me. Stuck with me like glue. When I had given up on myself, her faith in me became stubborn. Her trust in God is strong as steel. Others didn’t understand, couldn’t understand, or didn’t care. But Lindsey climbed down into the muck with me and refused to let me go. It wasn’t easy. Wading through that mess never is. Shame has a way of choking the living right out of life.

After I was released from ICU and the psych ward, Lindsey and I went through months of intense marriage counseling and individual therapy. This is where healing began. The day our marriage counselor connected the dots between my abuse, nearly twenty years of addiction to pornography, and my suicide attempt changed my life forever. She helped us both see that shame was at the core of all of this. It felt like I had just left the optometrist for the first time with a new pair of glasses. Suddenly, I could see individual leaves on trees, instead of blurry shapes and shades of green. All at once my life began to make sense.

My life today is more open and more hopeful than it was. I hid the abuse for so long and my unintentional habit is still to hide. My gut response is to escape. To not show up. But the grace of God calls forth courage, and I practice forming the new habit of opening myself to safe people, creating practical boundaries, and intentionally loosening the grip of shame, a little at a time. For me, for my wife, and for our children.

Much like Jesus with the woman caught in adultery, Lindsey stepped into the circle with me. She recognized my shame and fear. She knew my painful secrets. In the face of shame, my wife became the voice of grace. She dared anyone holding stones to first look in the mirror before they threw the first at me. When others pushed me out, she pulled me closer. Grace has a way of doing just that: when judgment divides, grace draws near.

Choosing the path of unconditional love wasn’t easy for my wife, but she did it anyway. When others refused to listen, she whispered, “Come home.” That is the picture of grace.

Perfect love casts out all fear. And grace destroys shame.

*Get your copy of my brand-new book, “From Pastor to a Psych Ward: Recovery from a Suicide Attempt is Possible” today! 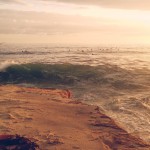 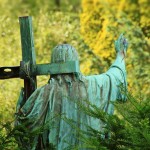 July 26, 2016 24 Ways I Know I'm Not Jesus
Recent Comments
15 Comments | Leave a Comment
"I'm glad you agree. As far as my message/gospel, the best thing to do is ..."
graceismessy The Most Rebellious Thing a Christian ..."
"I'm in complete agreement, but I would love to know what your message/gospel is to ..."
Nimblewill The Most Rebellious Thing a Christian ..."
"Thanks Steve, so true."
Done with Religion No, Jesus is Not Headed to ..."
"Love. It all boils down to love."
graceismessy No, Jesus is Not Headed to ..."
Browse Our Archives
Follow Us!