Contrary to popular belief, not everyone who attempts suicide has lived the life of a tortured soul. In my situation, I had suffered with anxiety and depression, but I was also outwardly successful. When I lost my job, it seemed that my world was crumbling, and all of my years of secretly struggling caught up with me. I believed the lie that the only way out was to die.

I think it’s probably true for a vast majority of the people who attempt suicide every single year. For most people, there is a crisis moment in which suicide happens, but getting someone with suicidal ideations to see past that is vital. If you can help a desperate person see beyond the immediacy of a very difficult time, you could save their life.

Here’s a few of the things I would have missed if I had died four years ago: 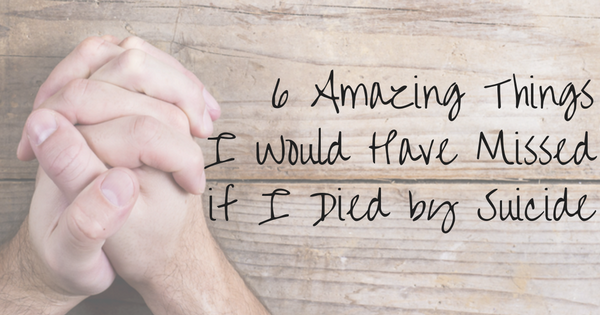 1) If I had died four years ago I would’ve missed my wife becoming my best friend. I would’ve missed her laugh when I tell a really dumb joke. I would have missed that stuffed chicken she makes and the way she puts rose oil behind her ears. It always smells so good. Most of all, I would’ve missed the amazing combination of strength and grace my wife has shown during my recovery.

2) I would’ve missed the relationship I have built with my little boy. Ben Thomas turned one the day after I attempted suicide. I missed his first birthday, and I regret that. But I have loved every birthday since. Ben is my “joy boy”!

Ben teaches me the wonder of childhood. He reminds me to let my imagination run wild. He is Steve Austin shrunk down into an almost 5-year-old frame. He’s so much fun and adventure and stubbornness all rolled into one little dynamite package.

I wouldn’t have been able to make him grilled cheese sandwiches twice a day, I wouldn’t have seen him learn to walk, or heard his first sentence, and I would have missed the way he learned to swim like a fish as soon as he got in the pool. I wouldn’t have known his love for Spider Man, or Legos, or the way he can beat any adult around at putting a puzzle together. He really is brilliant. If I had died four years ago, I would’ve missed getting to know the incredible little human being that he is.

3) If my suicide attempt had been successful, my daughter Caroline would not exist. Nothing smells as sweet as my little girl, fresh out of the bathtub. Her curly hair and her giant blue eyes light up the world. The gap between her two front teeth makes her a spitting image of her Mama. She is equal parts sweet and sassy, but if I had died four years ago, Caroline never would have had the chance to make our family complete.

4) I would’ve missed Alaska. Alaska had been our dream since before we even got married. We’d tried for years to go, but it was too expensive. If I died four years ago, I never would’ve lived in the little cottage on 2nd Avenue, the one with the red front porch. I wouldn’t have the amazing memories of Resurrection Bay or Mt. Marathon. I would have missed the honor of leading Seward City Church in worship as snow blanketed the world around us. I’ll never forget the beauty of living inside a snow globe.

That tiny seaside town breathed hope into my lungs and gave me permission to dream again. Alaska changed my life forever. And I almost missed it.

5) If my life had ended four years ago, I never would’ve had the opportunity to understand how who I am specifically connects with the church today. The church had given up on me, and I had given up on it. But four years into recovery, I have found a way to engage my faith and the local church again.

If I had died in 2012, I would’ve carried bitterness and confusion, resentment and anger with me to the grave. But because my suicide attempt failed, I was given a second chance to embrace both the church and my own humanity.

6) If had never woken up, I would’ve missed the power of being an equal in community with others. I knew how to lead a group, how to sing a song, how to preach a sermon, and even how to write a blog. But I did not know how to be vulnerable with other hurting people.

In the past four years, the power of vulnerability, courage, and grace have made my life better. But it hasn’t happened in a vacuum. Transformation has come from connecting with other people through our brokenness, not in spite of it. Being willing to own my story and giving other people permission to own theirs is saving my life every day.

I wrote the book From Pastor to a Psych Ward to give hope that recovery is possible. My life is living proof that even in the midst of childhood trauma and mental illness, life I s worth living. I’d love to hear your story. Email me today at steve@iamsteveaustin.com! 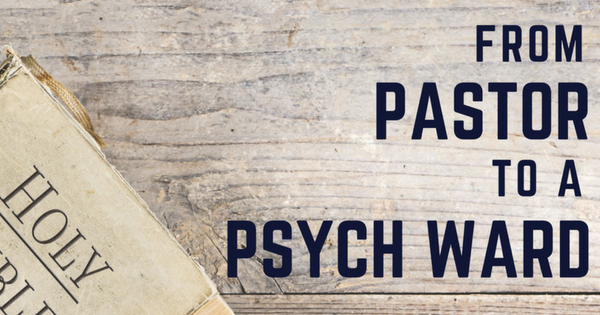 Get your copy of my brand-new book today on Amazon for only $2.99. 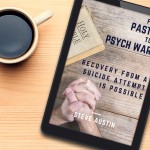 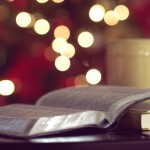 September 11, 2016 Why I Trust God in the Midst of Tragedy
Recent Comments
0 | Leave a Comment
Browse Our Archives
Follow Us!

Stop Telling Me about the "Lazy"...
Honest to God
Related posts from Grace is Messy