Why I Believe Messy Grace Changes Everything

Why I Believe Messy Grace Changes Everything September 20, 2016 Steve Austin

Four years ago today, I tried to kill myself. It’s a bittersweet day, thinking back on the week I decided to die. But in the past four years, I have found a whole new life. Not a perfect life, but a life that is better than anything I could have imagined before my suicide attempt.

Four years ago, I would have never believed I would be a pastor again, or even do me the courtesy of reading my blog again. And I definitely would have never even considered publishing e-books, creating online courses, hosting a mastermind group, and having my blog hosted on the largest religion and spirituality website in the world.

But it is all happening, friends.

And please don’t take this as a brag session. This isn’t bragging, this is grace. And for me, grace looks a whole lot like a second chance. The grace of God continues to restore my life and my soul every single day.

This is the very same grace that a guy found centuries ago, as he left the pig peg and started the long walk home. The Prodigal Son was content to be his father’s servant, but Grace gave him a ring of sonship. He imagined he would have to beg for forgiveness, but Grace ran toward him and threw him a party.

This young man, who had squandered his entire inheritance, only believed he might, just maybe, have the chance to hug his father one more time. He just wanted to make things right, but Grace cloaked him in acceptance and kissed his filthy cheek.

In spite of it all, because of his heritage as the son of a Good Father, the son was completely forgiven, all was forgotten, and he was brought back as an equal.

There is nothing lacking when Grace arrives. There’s no place for shame. When grace and recovery meet, anything is possible. 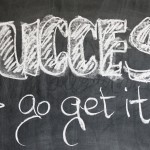 September 20, 2016
What Does it Take to be a Creative Success?
Next Post 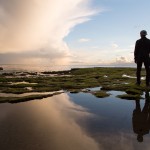 September 21, 2016 Reflecting on Four Years I Never Expected to Have
Recent Comments
0 | Leave a Comment
"I'm glad you agree. As far as my message/gospel, the best thing to do is ..."
graceismessy The Most Rebellious Thing a Christian ..."
"I'm in complete agreement, but I would love to know what your message/gospel is to ..."
Nimblewill The Most Rebellious Thing a Christian ..."
"Thanks Steve, so true."
Done with Religion No, Jesus is Not Headed to ..."
"Love. It all boils down to love."
graceismessy No, Jesus is Not Headed to ..."
Browse Our Archives
get the latest from
Progressive Christian
Sign up for our newsletter
POPULAR AT PATHEOS Progressive Christian
1

The IMDB "Goofs" page for the...
slacktivist
Related posts from Grace is Messy