On Faith, Fear, and American Politics

It’s my final political post for a while, friends. (Cue the “Hallelujah Chorus”).

Are you as sick of this Presidential race as I am? It’s discouraging, disheartening, and most-often disgusting. I’m so ready to just pick one of them as Trickster-in-Chief and move on.

But I write about politics just once more because we cannot let our frustrations, fears, or boredom with the current political circus cause us to be complacent on November 8th. We must get out and make our voices heard, and the only way to truly do that is by voting.

There are shootings on nearly a daily basis, it seems. The secretaries at my children’s school fear the kids walking down the hall alone any more. And it’s not just school secretaries. Thanks to the media, actual and perceived dangers have caused us all to live in fear of the “bad guys”. We fear the possibility that the bad guys live just around the corner.

Politicians and pundits are using stronger language than ever, and who knows if they ever mean what they say or if it’s just a brazen attempt to put their sound byte at the top of another news cycle. I want to be an informed citizen, but the news seems to be growing more dim by the day. As a result, our world seems more fearful than ever.

I cherish my life and the lives of my loved ones. I completely understand the fear of guns in the hands of the wrong people. At the same time, I cringe when anyone with a National platform uses their clout to spout extremist and hateful words toward an entire people group. Has the Religious Right  forgotten what Christians have done through the centuries in the name of God?

It’s about more than guns.

We are afraid of women having the right to choose. We are afraid of helpless people from other parts of the world who are seeking refuge inside our borders. It seems we are afraid of anything that challenges the status quo and anyone who looks or thinks different from the rest of us.

I feel called to at least consider (if not defend) their cause. Because I know the Bible absolutely does NOT say “God helps those who helps themselves.” In fact, to the contrary,  Isaiah 25:4 says, “For You have been a defense for the helpless, a defense for the needy in his distress, a refuge from the storm, a shade from the heat…”

No matter what our political affiliation, I am heartbroken when I read things on social media like the lady yesterday who made the statement, “Muslims, illegals, and lazy people offend me.” The heart behind that statement seems cold and uninviting, but I believe it all goes back to fear. Fear causes us to throw out the baby with the bath water: to wall up the borders, kick out the illegals, and pack heat like it’s high noon at the O.K. Corral. While our fear may drive us away from mainstream media, I pray it doesn’t drive us from each other.

Politically, I don’t know the answer.

I don’t know how we should handle guns in our country, but we definitely have a gun problem. I don’t know all the ins and outs of the National debt, but I know we have a financial problem. And frankly, I think we’ve been handed the shit-end-of-the-stick with these two candidates for POTUS, but we’ve got to pick one, friends.

In the face of fear and crime and uncertainty, what should a Christian do next? By all means, pray…but then DO something. You can start by voting on November 8th. 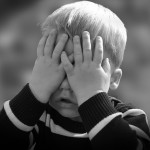 November 4, 2016
What Happens When Your First Memory is Rape?
Next Post 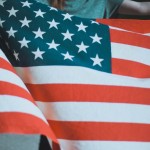