What I’ve Learned from Anxiety and Advent

What I’ve Learned from Anxiety and Advent November 28, 2016 Steve Austin

A few days ago, before I left for work, I opened my bottle of anxiety medication and took one. It was the first time I’d needed my prescription in a long while, but I was nearly paralyzed. I felt picked on. Beaten down. And exhausted from the simmer of anxiety of the past several days.

As I was about to close the lid, I noticed there were only three pills left.

But I wasn’t panicked to realize I was almost out of medication. I was relieved. I was proud at the sight of this small, personal victory. Because this bottle was prescribed by my family doctor when we left Alaska after our life falling apart. He gave me a one month’s supply. Here we are, seven months later, and I still have three left.

Eighteen months ago, I was taking three pills a day. I could hardly deal with the ups and downs of daily living. I had panic attacks often and my emotions – my life – were constantly on edge.

Now, a one month’s supply is lasting seven. I breathed deep that reality.

My anxiety is better.

So often, I’m aware of when it has gotten worse. But sometimes, it also gets better.

Anxiety says, “What goes up, will come crashing down.” Hope calls back, “But what falls apart can come back together again.”

When hard times come again, because they will, I have this tangible reminder that all of life is an ebb and flow. Nothing is constant, except for the grace and peace of God.

But when he promised us peace, it wasn’t to replace difficulties, but in response to them. It was the assurance that He would be with us – Emmanuel – through every experience. Jesus was very clear in His foreshadowing. Most of our guesswork was taken away as the Author of the whole thing guaranteed our hard times. The world is groaning under the pressure of its own brokenness, and even though the peace of God doesn’t always make sense, it remains constant and pulls me through.

Peace is an assurance that in the midst of hell breaking loose: shootings and riots and wars each time we turn on the television, God remains.

God is not being terrorized.

Heartbroken? I think so. But God is not uncertain or afraid. I think Heaven weeps, but God knows the beginning from the end. Peace says that things will get better one day. Our waiting will be worth it.

And for me, tonight, writing a blog because I need a place to put words to my stress, the peace of God becomes tangible as I watch my four-year-old shake his booty like a wild man at bedtime. Carefree. Laughter, the best medicine of all.

I pray he never knows the depths of depression or the constriction of anxiety like his Mama and I do. But even if he does one day meet the shadows, I am now able to backpack through the Valley with him. I have been there. The shadows loom, the wind howls, the rains come, but we keep on walking. Pressing forward. One step – sometimes one inch – at a time. Crawl if you have to, son. Because just around the bend, the air is clear and crisp.

This Advent season, if you’re in the looking-back phase of peace, seeing that things have gotten better, praise be to God. And if you’re in the midst of the mess, wondering when things will get better, peace to you. They will. 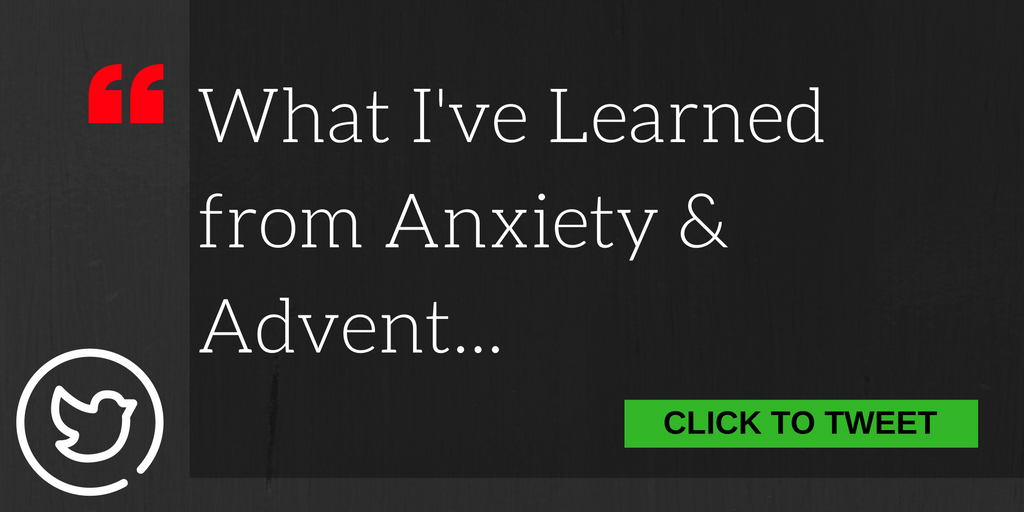 *This piece was originally published November 30, 2015. 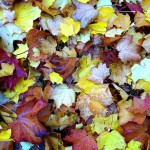 November 23, 2016
What I'm Most Thankful for This Year
Next Post 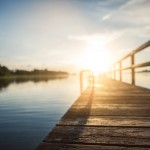 November 29, 2016 5 Self-Care Tips When You're in Recovery
Recent Comments
2 Comments | Leave a Comment
"I'm glad you agree. As far as my message/gospel, the best thing to do is ..."
graceismessy The Most Rebellious Thing a Christian ..."
"I'm in complete agreement, but I would love to know what your message/gospel is to ..."
Nimblewill The Most Rebellious Thing a Christian ..."
"Thanks Steve, so true."
Done with Religion No, Jesus is Not Headed to ..."
"Love. It all boils down to love."
graceismessy No, Jesus is Not Headed to ..."
Browse Our Archives
get the latest from
Progressive Christian
Sign up for our newsletter
POPULAR AT PATHEOS Progressive Christian
1