Witchcraft is a tricky thing. Most of us who follow the path of witchcraft would agree that it was less of a choice and more that the path called to us. While this is true for many, it is also important to remember that you alone are sovereign over your true will. Paths, deities and spirits may come knocking and it may feel like there is no choice involved, but do not let the ego of being chosen get in the way. You always have the power to say no.

Whenever I talk about choosing witchcraft as a path someone close to me will scoff and say “but Liz, you were lucky. You were introduced to the path from birth, what choice did you have to make?” They are partially correct, but while I came across the path earlier in life it was still my will to follow it. As a small child I made it quite clear that I wanted to be in the middle of everything witchcraft, but it was never forced upon me. I wanted to attend every ritual (even the private coven ones) and I sat quietly while I observed. I would go home and cast circle with my stuffed animals as my covenmates. Looking back on it now, I fully believe that I made the decision to manifest where I did in the world in order to start doing this work as quickly as possible.

This doesn’t mean that I have never faced doubt in my path though.

Coming Across the Crossroads

Whenever I hear people’s origin stories of how they came upon their path with witchcraft there is always one thing in common. They dabbled for a while, spent some time learning, and then something happens on their path that makes it clear that they have two choices. They can stop where they are and turn back, or they can choose to take the path less traveled and work through it with no return. There is a dedication to their path and the greater work that must be done. I have also met people who have yet to truly come across this crossroad and it is clear because they are not contributing to the greater work (whatever that may be for them).

For me this decision came when I was in my teens. I had spent the first half of my life, fully immersed in the pagan community. I learned what spirits were, how to work with natural psychic ability, and spent more time in witchcraft spaces than I did anywhere else. I grew up in Salem Mass, my mother owned a bookstore on Essex St and she didn’t drive. I was so immersed to the point that almost every adult in my life was practicing in some capacity and the only regular space I had outside of that world was at school.

That changed very suddenly one night though when I was forced to move states over night and start fresh. The universe made my first crossroad for me, and there was no choice involved. I was forced to adapt and I moved in with my father shortly afterwards. My father has a very natural magic to him, he is not one for ceremony or ritual and he wasn’t interested in teaching me anything. I had already developed the magical roots that I needed though. I learned to listen to myself and be guided naturally. I pulled my dad’s books down and I read as much as I could. Eventually I was faced with the decision though, where did I want to take this?

What to Do When You Find Yourself Stuck on Your Path

Go back to the basics and leave Ego at the door. This is very hard to do, especially if you have already been walking your path for quite a while. You are never done learning however and there is always something to be learned from going back to the basics. Chances are when you first started your basics looked a lot like following instructions out of a book. You know the movements without having to look them up now, so make them your own. Peer deeper into them, there are always more mysteries to be learned.

Consult your Spirit Guides and Familiars. This should be a given. They should be a part of your practice at all times anyway. When people feel stuck though, they often find that they haven’t been truly listening to the messages they’ve been receiving. If we always hear what we want to hear then we won’t learn the lessons necessary to move forward. If you feel as though you can’t trust your own discernment at this time, then seek those outside your path.

Seek Further Education. If you feel stuck in your path, maybe you need further insight from outside forces. Studying solitary is great, but most people can only learn so much without having others to bounce ideas off of. Being with others will teach you further discernment and you may find yourself not agreeing with the path you’ve left behind. This also goes back to the last point as most traditions and people willing to teach have their own prescribed pathway. If you are stuck where you are then what harm is there in starting from the beginning of their pathway.

In my own case I found that I was able to establish a “good enough” practice based on my prior knowledge and experiences, but that wasn’t good enough for me. I felt the need to do more, and so I joined a structured tradition in the form of the Temple of Witchcraft. I had a lot of healing to do around the idea of pagan community, and the Temple’s guidance was perfect for that. Even with formal training though, I still needed to determine my path for myself. It wasn’t until I went back to the basics and my roots though that I realized that I had been trying to fit into the idea of what I thought paganism was, rather than following my own path. Once I was able to do that I was able to let go of a lot of the things that were only holding me back from my work and I incorporated more of the things I learned naturally as a child.

As my favorite wise-man muppet with a talking hat once said, “sometimes the way forward is also the way back.” 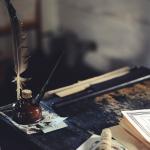 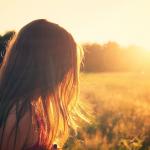 December 4, 2018 Harvesting the Sun for the Winter Season
Recent Comments
0 | Leave a Comment
"What a wonderful idea. I'm going to try this as I've already collected a few ..."
Kathy Reading the Bones & Developing Your ..."
"This is a fascinating introduction, thank you! I do not yet have a good enough ..."
Laurie Reading the Bones & Developing Your ..."
"You might enjoy my essay on druidry.org about wild-crafting your own local druidry-https://www.druidry.org/lib...I've been developing ..."
Gordon Cooper Reinventing the Wheel: a Modern Folk ..."
"I look forward to reading about your practices. Subscribed!"
Aimee Reinventing the Wheel: a Modern Folk ..."
Browse Our Archives
Related posts from Hawthorne and the Rose