Perceiving the Threads of Magic

Growing up, I was constantly surrounded by ritual and magic. The room felt different when the incense was lit, the space was cleared and ritual began. I understood the shift in energy and what it felt like when work was being done, but I didn’t yet fully understand how to manipulate it.

The first time that the feeling of magic truly clicked with me I was sitting under the bright lights of our middle school stage. We were mid orchestral concert and approaching a particularly tricky part of the song. I had a solo part and I had been struggling with this piece quite a bit. It required a lot of quick finger placement and bow work and I had a habit of falling behind tempo in an effort to fit all of the notes in. Suddenly as the part arrived, the world around me slowed down, everything muted, and I had an extreme moment of clarity in which my fingers miraculously fell into place. As soon as it happened, it was over.

Now, most people have experienced something similar to this at some point in their lives. Time didn’t actually slow down, my perception of it did, and in that moment of clarity I noticed much more than the violin in front of me. I could feel the strands of energy wrapped around and within everything. I could feel the energy of the wood under my fingers, the thrumming of the strings, the ties between all of us as a group and in that moment,  I made the decision to surrender my own energy to it.

Tugging on the Strings of Magic

To me, the waves and threads of magic feel a lot like tuning an instrument. When tuning a violin, I will play multiple strings at a time in order to perceive the dissonance between them. I will then manipulate the strings until the dissonance blends and everything smooths out.

It is this energy that I work with when I do spellwork. I look for the strands of energy surrounding the people, items or circumstances and I tune them to together. Just like playing and instrument, this perception takes work. There will always be some people who are more inclined to it that will pick it up quicker, but it is a learned ability.

I imagine that the feeling of this probably comes to people in different ways. It probably connected this way for me as I had been playing violin from a very young age. We each have different ways of connecting with and perceiving the world around us, and that’s a beautiful thing. Nonetheless you will know when you have observed magic in this way. As I mentioned before, most people are capable of perceiving shifts in energy, but it is another thing entirely to be able to engage with it.

Losing Sight of the Magic

There is a lot of conversation and material out there about spell components, however I rarely find a lot of material on the feeling of magic. Be wary of allowing yourself to become overly materialistic in your spellwork. You don’t want to get to the point that you lose sight of the magic. Spell components allow a lot of people to get in the right frame of mind to do the work, but they are simply tools to make the job easier. I have attended many rituals in which the ritualists have focused too heavily on the theatrics of the ritual and less on the way in which they are actually manipulating the energy.

Spell components can all be extremely strong amplifiers when they are used correctly. Just like tuning by playing two strings together, make sure that the components are not creating dissonance between them. A forced rhyme or focusing too much on a script can make the energy stop dead in its tracks. That being said, there are some spirits who thrive on dissonance, so once again, use your own discretion. When it comes down to it, if you become well-versed in manipulating these threads of magic, you can perform complicated spellwork without the use of tools at all.

About Elizabeth Graham
Elizabeth Autumnalis is a multi-generational witch, writer, and psychic. She was born and raised in Salem Massachusetts into a pagan family and has been practicing regularly for over twenty years. As the child of a professional psychic, used bookstore owner, and High Priestess, much of Elizabeth’s early life was spent within ritual spaces and learning the (mostly non-religious) practices of those around her. From a young age it was noticed that she was enraptured with the occult and she very quickly developed her own practice with the local spirits of Salem. Elizabeth is a student of Black Rose Witchcraft and the Sacred Fires Tradition of Witchcraft founded by Devin Hunter. She is a current student and deputy minister within the Temple of Witchcraft Mystery School founded by Christopher Penczak. You can read more about the author here.
Previous Post 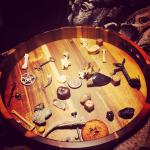 January 11, 2019
Reading the Bones & Developing Your Own System
Next Post 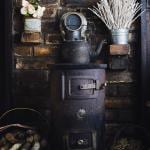 January 25, 2019 Rekindling your Hearth & Home for Imbolc
Recent Comments
0 | Leave a Comment
Browse Our Archives
Related posts from Hawthorne and the Rose