Patheos Explore the world's faith through different perspectives on religion and spirituality! Patheos has the views of the prevalent religions and spiritualities of the world.
Over the new year I spent several weeks studying and researching various beliefs in the afterlife from multiple cultures and religions.  At the same time I compiled the information into a kind of book for my kids, planning to teach them about death and the afterlife and how different people view these things. We haven’t got to it yet, but I am still planning to get into it.

Part of my compilation included actual myths, stories that talk about the afterlife – because stories are easier for kids to get into than listening to or reading boring facts is.  I couldn’t find stories for all of the cultures and religions I was looking at, but in the beginning (before I was totally overwhelmed and exhausted, I was looking after a newborn at the time after all) I actually had the energy and awareness to write my own story for one of them.  And so here it is, a short story I wrote about one of the Aztec afterlifes – Mictlan, where boring (normal) people with boring (normal) deaths go after they die.

Just as a note – this was written for my kids who are 6 and 8 years old.  So it’s kind of simply written – but my kids also enjoy horror, so it’s also a bit dark and violent, just as the journey to Mictlan should be.  Just don’t expect any kind of literary genius here.  And don’t read it to kids if you haven’t read it to yourself first and know they can handle it.

Eztli stood on the banks of the Apanohuaya, the great river. It was so wide, so daunting, impossible and frightening. She had to cross it, she would cross it. But she did not know why.

She had died. It was a natural death and that meant Mictlan was her destination. It would take her a long painful time to reach the end, and what would she get there? Nothing. This journey was not one she wished to make, there was nothing good in it, nothing good at its end. She had no reason to begin. Begin she would.

Eztli heard a barking sound and turned to see her Itzcuintli, the dog raised just for her and then buried with her. Through some instinct she never knew she had, she leapt upon his back and her journey truly began as he jumped into the roaring river and began the arduous swim across it. She didn’t know how long this journey took, and though she didn’t swim it herself, she was exhausted by the time she reached the other side.

She knelt, wet and suddenly naked, on the hard ground, gasping and staring down the long mountain pass of Tepetl Monamiclia. She pushed herself to her knees and began the second stage of her journey, feeling like the mountains on either side of her were pressing in on her, crushing her. She staggered painfully along the pass, walking over broken pieces of flint and obsidian, slicing open her bared feet.

Endlessly she seemed to go on, her feet in ribbons, her soul in tatters when suddenly the shards were gone and she was stripped bare by the sharpest of snow filled winds. She had reached the third stage, the journey through Celhuecayan, the eight snow filled mountains.

Her skin and feet torn open, the pain brought her low, but onward she went until she reached the foot of the hill and began her journey through the fourth stage, the Paniecatacoyan. Centuries it seemed to take to cross the desolate and empty moors, but she knew it was only a year or two since she had jumped into the river on her dogs back.

Next Eztli faced the Temiminaloyan, the fifth stage. She tried to run this path but her feet would not let her, so she could only hobble along as fast as she could manage as unseen foes shot arrows at her, some missed, but not very many. She might have wondered anew why she was making this journey, but she was too tired, too injured, she didn’t know if she even cared anymore.

The arrows stopped, the path had ended. She felt some respite, but only for a moment, and then the beasts surrounded her. The sixth stage, Tecoylenaloyan, and she knew what she had to do. With a strength she didn’t realise she still had she tore open her own chest and gave her heart to the beasts to devour.

Eztli fled with her dwindling energy and dove into the Apanuiaya, the black lake, the seventh stage. Seventh. She was so close. And then she saw it, Xochilonal, the great lizard. She swam with everything left in her, wondering through her fear where her strength came from. She didn’t even notice the other terrifying creatures trying to grab her, her fear of the lizard was too strong.

She managed, somehow, to reach the Izmictlan Apochcalolca and the darkness surrounded her, consumed her. Without sight, at the very end of her strength, but with a will born of desperation, she waded through the nine rivers of the eighth stage. Until finally, blessedly, she reached the ninth and final stage.

Chicunamictlan. She collapsed to the ground, she collapsed in on herself as she faced the death god Mictlantecuhtli and his wife Mictecacíhuatl, as they sat on their thrones, surrounded by spiders and owls. Seemingly from nowhere the gifts buried with her body were now with her in Mictlan and she presented them to the god and goddess.

And finally she understood, she knew now why she had made this journey, why she had fought these four long years to travel through the nine levels to reach this place. Before she entered what would seem like eternal nothingness she thought to herself, “Rest. I can finally rest,” and so she ended with a peaceful sigh.

The Aztec concepts of the afterlife are a bit different from many of the others I looked at.  Mictlan, while the journey there is harsh and takes a long time and the end is pure darkness, it was not any kind of hell concept – it was simply what happens.  There were alternatives – people who died fighting, in childbirth, as a sacrifice, as a baby, struck by lightning and other not-so-normal things went to different places, generally much better places.  Babies for instance went to a place where there is a tree that milk feeds them constantly.  Women who die in childbirth are thought of as warriors and get a pretty good afterlife.  In some afterlifes you are turned into a butterfly or some other awesome thing – and it was good to be a butterfly, not lesser than being human.

I chose Mictlan for my story because the idea of a harrowing journey ending in darkness and stillness was interesting to me.  It really made me feel like you would welcome all that darkness and stillness after having to endure the journey, indeed I feel like that is the reason the journey is so harsh in the first place – to make the end place welcoming instead of scary.  I can’t say if that is true or not, it’s just the feeling I got and so it’s the story I wrote.

Of course, this story is about mythology but it is also fiction – I am no Aztec, I don’t believe as they do, so my story is not any kind of lore.  It’s merely a story.

If you think I have got any of the information wrong – including spelling of the Aztec words and names – please let me know so I can correct them. 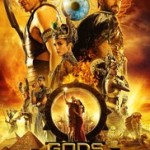 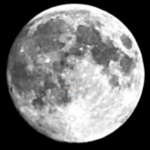