The Rite of Her Sacred Fires is an international annual devotional celebration dedicated to the Goddess Hekate.  It was first observed on the full moon of May in 2010 and has been celebrated every year during the May full moon since.  Thousands of people world wide observe the Rite of Her Sacred Fires at almost the same time – probably over a three day period given time differences in various locales and individual preference for exact time.

In ancient Hellas the day ended and a new day began at sundown, many of us modern Hellenes try to observe this in our religious practices.  As such, I try to begin any festivals, celebrations, rituals and special days on the night before the calendar date.  This includes anything to do with the moon.  So the Deipnon for me begins on the night before the dark moon and continues until the next evening when the Noumenia begins.  The full moon is similar, the night before it actually becomes 100% full is when I begin the observation of it being full – depending on the time of course.  If the moon becomes 100% full at 9pm then the day of the full moon would then begin only two hours before then.

This May the full moon, in my local area, was at 7:14am on Sunday, the 22nd.  So the day of the full moon began on Saturday night and this is when I performed the Rite of Her Sacred Fires this year.  I could have done it on Sunday night, either way would work really – but going by Hellenic tradition, Sunday evening would have technically been the day after the full moon and I didn’t feel comfortable with that.

I kind of wish I had planned it for Friday night though.  On Friday night, a bit after 8pm I looked up into the sky to observe the almost full moon surrounded by a massive ring!  I don’t know if I have ever seen a moon ring before, maybe, but if so I don’t really remember it, so it was a wonderful sight to see that night.  I tried to take a photo but I only have my camera phone – which is a fantastic camera for a phone, but not a good camera for the night sky.  But that’s a photo from Wikimedia similar to what I saw that night.  It was awesome.  And then I turned around away from the moon and I swear there was a second ring, way further away.  Possibly just a trick of the light clouds, but we could see it nonetheless.

Of course I had a brief urge to perform the Rite that night, right there and then.  But I wasn’t really in the best state of mind, and I didn’t really like the idea of performing this ritual spontaneously and without the proper mental and physical preparation like that.  Also I wasn’t alone, and it would have seemed at least a little bit weird to the other person if I had suddenly run inside to grab a candle and then ran back out to start chanting!  Also I hadn’t memorised both hymns and I can’t read in the dark, bright moon notwithstanding, so I put away my urge and kept to my plan for Saturday night.

Still the fact I saw a moon ring the night before (oddly enough the kids and I saw a ring around the sun a couple weeks ago too) and this moon is a seasonal blue moon was certainly noteworthy for this Rite of Her Sacred Fires.  My son was still awake so I dragged him outside to have a look – no warning about what he would see.  Haha he practically screamed the neighbourhood down he was so excited when he saw it.

The Rite of Her Sacred Fires

I won’t go through a full step by step of the Rite, but you can read the how to over on Covenant of Hekate.  But here is a basic breakdown.

It’s a part of Hellenic ritual to shower or bathe beforehand, if you can.  I have long hair that takes forever to dry, so I showered earlier in the day to give it time dry.  I had no desire to do the Rite with wet hair on a cold night (Autumn here in Australia).

After I got the kids to bed I set myself to prepare for the Rite with a cup of tea and earphones in, music loud enough to destroy my eardrums.  I listened to Omnia ‘Moon’ and Elane ‘Deae Noctis’ – which I got the idea to listen to from Lee the Chaos Witch who posted them in a playlist for a previous years Rite. I actually listened to Moon twice, it was so “in the zone” inducing.

Out to the altar, I prepared and used the khernips and lit some of the candles.  Then I did the Rite itself, as described on CoH, lighting the rest of the candles and some incense as I finished.

I then made my offerings – apple, garlic, barley and chocolate, not entirely traditional but what I had. I then did the Petition to Hekate to Help the Refugees of War, which was an optional secondary rite set up by CoH.  I then offered some personal words and thanks.

I finished the entire ritual by going outside and pouring a libation to Hekate directly onto the ground at my “crossroads” – which is the end of my driveway, basically a three-way crossroads with my driveway leading onto the road going in both directions – while looking at the moon above.

While there was no ring around it that I could see this night, it was covered in some light clouds that created a different kind of ring and created a kind of rainbow effect that was really lovely!

And that’s it, that was my night.  After it was all done I made sure to take the kids outside (yes, it was past their bed time, but they were still awake and playing quietly in their rooms) so they could see the moon.  The Wench (my 6 year old daughter) was very upset with me earlier that day for not taking her out to see the moon ring the night before, but she was very happy to be able to see the “rainbow” moon this night.  I had left the altar all lit up and the room dark so they also got the full visual effect of the Rite as they went out the back door and they were pretty ecstatic about that as well.

All in all it was wonderful experience.  Not just the ritual itself, but the moon this weekend has been an absolute joy.  Blue moon, moon ring and nebula reminiscent rainbowy moon all during the weekend of the Rite of Her Sacred Fires.  Utterly fantastic. 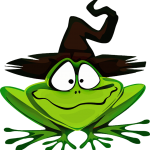 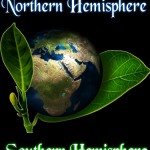 May 25, 2016 180 Degrees of Separation
Browse Our Archives
get the latest from
Pagan
Sign up for our newsletter
POPULAR AT PATHEOS Pagan
1

It's All Fun and Games Until...
Fivefold Law
Related posts from Hearth Witch Down Under