We Don’t Have Mass Shootings

I don’t know a lot about what happened in the mass shooting in Orlando this week.  People died, more than 50 I have read, many people were hurt, more are devastated and traumatised.  I don’t really need to know much more than this.  That’s all that matters for someone who is not actually affected by the incident.  Who, why, how don’t matter when all I need to know as an outsider is that over 50 people are dead and more are injured or traumatised for life.

We don’t have mass shootings.

Some people in Australia like to take situations like this as a chance to wax eloquent about our stringent gun laws and point out how superior we are for having those laws.

Australia hasn’t had any mass shootings (defined as 3 or more victims and not domestic violence related) since our gun buy back and law change in 1996.  Which, by the way, was prompted by a mass shooting.  We haven’t had any mass shootings, if you have Aussie friends on Facebook you have probably seen them point that out as though to say, “Told you so! You are all stupid in America! Do what we do! You should have done so long ago!”  There are memes about it by the way.  Yeh.  People in Australia have already made memes to point out our superiority, the tragedy has barely even happened and we already have memes – or at least twitter screenshots.

We don’t have mass shootings.

But we do have gun related violence.  To get a gun here you need to go through some pretty full on security checks – got a conviction for anything? too bad, no gun for you – to get licensed.  You also need a good reason to have a gun.  Home protection is generally not good enough. Guns are not easy to buy either, sporting goods stores, hunting and camping places, gun shops themselves (but they are not everywhere) and some farming shops.  That is it and that is all.  You can assume that your local gas station attendant does not have a gun on them.  But you can get guns.  You can get licensed, you can buy guns and you can shoot people.

You can also buy them on the black market, of course.  Or you can steal guns from other people, rob their homes.  I assume people out to do no good also have no qualms with robbing other people.

We have gun violence.  We have hostage situations.  We have domestic mass shootings.  We have a relatively high level of murder in this country that doesn’t rely on guns.

But we don’t have mass shootings.

We have a good welfare system.  We have an okay system for those who are disabled.  We have an amazing healthcare system that cost me under a few hundred dollars to be pregnant and give birth.   True these things are under attack at the moment, but we have them.  For now.   We have less of a pay gap between men and women too apparently.  Our politicians are, for the most part, Christian, but despite Christianity being the highest percentage religion in Australia (and that doesn’t tell you the percentage of church goers vs meh, I was baptised I think) we are actually not a Christian country.

These things matter.  I personally think they are better than the US, because, well, I am Pagan and cannot imagine living in such a Christianised place.  And I like our privileges.  They matter because it shows a big difference between Aus and US, our societies are different – so what works here, would not necessarily work there. It’s entirely possible that copying our system (re: guns) will make things worse for you!  The things that make us different, makes it impossible to say that we are a good example of how to curb gun violence.  What’s that saying about apples and oranges and comparing them?

But we don’t have mass shootings.

I am sorry that your tragedy is the platform used by other countries, including my own, to assert their superiority.

I am sorry that politics and political arguments show up within minutes after such a tragedy and doesn’t actually give you time to feel the tragedy.

I am sorry you have to endure the tragedy.

I am sorry your people are attacked like this.

I am sorry the LGBT+ community has endured this attack.

I am sorry these are issues you need to think about.

I am sorry that I am having to write this post and apologise for my own nations heartlessness in the face of your pain.

But we don’t have mass shootings.  And you do.

I am sorry that is more important to some Australians than the tragedy you have endured is.

We don’t have mass shootings.  And I wish you could say the same, whatever your gun laws are. 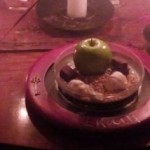 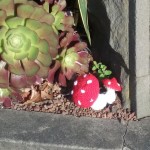 June 15, 2016 Winter, Death and Fly Agaric
Browse Our Archives
get the latest from
Pagan
Sign up for our newsletter
POPULAR AT PATHEOS Pagan
1 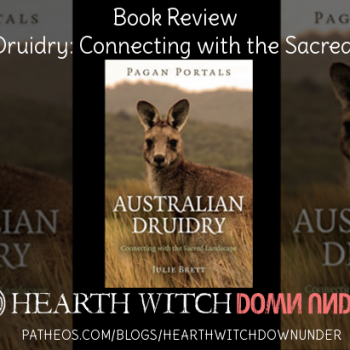 Pagan
Book Review - Circle for Hekate: History and...
Hearth Witch Down Under
TRENDING AT PATHEOS Pagan

Discordian Jubilees: Discoflux (Or, Staying Alive)
The boundaries between worlds are as thin now as they are in late... 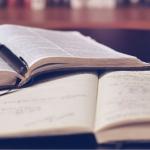 Does Reading Count as Ancestral Veneration?
If you've paid attention to my most recent entries, you noticed for...
view all Pagan blogs
Copyright 2008-2021, Patheos. All rights reserved.
error: Content is protected !!