I have decided to participate in the 30 days of Devotion blog challenge that Galina suggested some of us do for August.  Why not?  And of course, it is best to start with the deity you know best – in my case this is Hekate.  Which is difficult, because, well, She is everywhere so I feel like I am just going to be writing the same things that everyone else has written.  Still, She is who I know best, so where else should I start?  And I do love to write about Hekate.

As a note, I suspect many of these posts will be fairly short, especially in comparison to my novel sized posts.  But that is probably all to the good for everyone reading!  Also, one or two of the posts I may need to merge for various reasons, so it will actually be more like 27 or so days of devotion.  And final note, I will likely not list much in the way of sources in each post – instead I will leave that for the final post which is Suggestions for others learning about Hekate and thus best suited for listing the various resources about Her.

Hekate is best known as a Goddess from ancient Greece, though in truth She likely originated elsewhere – most of our records suggest Thrace of Asia Minor.  Still, most of our information comes from Greek and Roman and some Egyptian records, so that is where it is best to look at Her.

She is pre-Olympian, a Titan and was here before Zeus.  However, She sided with Zeus and the other younger Gods in the war against the Titans and was thus not treated in the same way as many of the other Titans were.  Indeed She was honoured by Zeus and rather than trying to limit Her as He did in some part with the other pre-Olympians, He was happy to ‘let’ Her continue with Her dominion over the Heavens, Oceans and Earth.

In modern times She is best known as the Goddess of Witches, and then perhaps equally as known as the Crone aspect of the Triple Goddess – which I will discuss in another post in this Devotional series. She is a Chthonic deity and leads the host of the dead – She is also the one who leads the way for Persephone on Her trip to and from the Underworld each year.

This is often where most people stop when they learn about Her, or more this is where most general mythology and sadly Pagan books tend to stop in regards to Her.  Which is a pity because She is so very much more than this.

She is so much more it is hard to keep track of just How much She is.  Yes, She is a Goddess of magic and sorcery, witchcraft and necromancy, the night and darkness.  She is also a protector of children, saviour of mankind but also our destroyer.  She is the Goddess of the Crossroads, the one who bears the torches and brings the light, the keeper of the keys and the protector of the gates (of the Underworld).  As has been mentioned, She rules over, has dominion over the heavens, the earth and the oceans, and obviously some in the Underworld as well.  She is considered a lunar deity – not only the dark moon as some suggest, but She is often depicted with a crescent moon.

She is at times a three formed Goddess and is often depicted as having three separate bodies, all youngish maidens and each with their own head and arms and legs.  Sometimes She is depicted with animal heads – bull, hound and horse usually. She is a bestower of wealth, but She can also take it all away.

This is all just a small amount of who and what She is.  I guess we’ll learn more about Her throughout this series, but even there, I will probably not be able to speak of everything She is.

8 – Variations on this deity (aspects, regional forms, etc.)
9 & 27 – Common mistakes and worst misconceptions about this deity
10 – Offerings – historical and UPG
11 – Festivals, days, and times sacred to this deity
12 – Places associated with this deity and their worship
13 – What modern cultural issues are closest to this deity’s heart?
14 – Has worship of this deity changed in modern times?
15 – Any mundane practices that are associated with this deity?
16 – How do you think this deity represents the values of their pantheon and cultural origins?
17 – How does this deity relate to other gods and other pantheons?
18 – How does this deity stand in terms of gender and sexuality? (historical and/or UPG)
19 – What quality or qualities of this god do you most admire? And find the most troubling?
20 & 21 – Art and music that reminds you of this deity
22 – A quote, a poem, or piece of writing that you think this deity resonates strongly with

23 – Your own composition – a piece of writing about or for this deity
24 & 25 – A time when this deity has helped you, and refused to help
26 – How has your relationship with this deity changed over time?
28 – Something you wish you knew about this deity but don’t currently
29 – Any interesting or unusual UPG to share?
30 – Any suggestions for others just starting to learn about this deity? 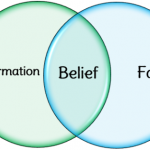 August 2, 2016 30 Days of Hekate: 2 - First Awareness of Her
Browse Our Archives
Related posts from Hearth Witch Down Under