This post is part of a blog challenge series, 30 Days of Devotion to Hekate.  Day 2 and we are looking at how I first became aware of Hekate.

I was aware of Hekate before I was, well, aware of Her.  It is difficult to explain really, but I know I am not the only one to have experienced this sort of thing.

One day as a child, maybe 7 or 8 or 9, I am really not sure how old I was, I was reading a book of my mothers – the New Larousse Encyclopedia of Mythology.  It quickly became my favourite book, and, while mum still technically owns it, it has resided with me, in my bookcase, for many years now.  She will probably never get it back!  Anyway, I was reading this book and came across the Goddess Hecate.  As I read about Her I had this feeling come over me, powerful but gentle at the same time – it was like a not painful strike of lightning through my entire body. 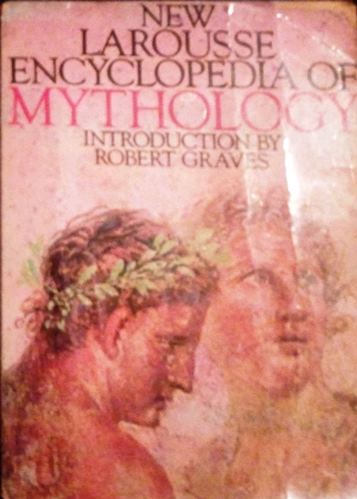 But this was the moment I started to pay attention to something that had been present in my life, my body, my mind even, for as long as I could remember.  Something that wasn’t me.  But it had been there for so long I didn’t realise that it wasn’t part of me.  Until after this moment, when I started paying attention and realised that it was separate and powerful.  And maybe a little bit scary.  I mean, it’s not every day that you realise, Oh look there is a great Goddess influencing my life.

So this is how I became aware of Hekate.

It wasn’t actually immediate.  That feeling of shock and, well I guess it was recognition, it made me start paying attention – but I didn’t quite become aware of what it meant for a while yet.  But it made me pay attention and start to focus on the things that would happen, the feelings and even thoughts I would get, and so over time I became aware that they were more than I had realised.

She had been part of my life for a long time before I became aware of Her.  Once I did become aware of Her, well, I tried to get hold of as much information about Her as possible.  It wasn’t easy though, I was only very little so in truth the majority of my information came from me re-reading that Encyclopaedia over and over again.  Looking at other Goddesses from Greek mythology and other mythologies that were similar to Her and trying to build a bigger picture of Her – to try to connect to Her and get to know Her, to understand this Goddess who had claimed some part of me before I even knew who She was.

It was quite some time before I was actually able to build on my knowledge of Her, beyond what I was able to glean from Her Herself.  Years in fact before I was able to find anything on Her, and of course it came in the form of modern witchcraft, Wicca and Paganism – Crone aspect of the Triple Goddess.  Gah.

Unfortunately for me I tended to end up with all the wrong books.  I live in a small town with a small library, and it was not easy to get hold of good books – especially as a pre-teen and then teenager with little to no money!  So I ended up being influenced by things like The White Goddess (yeh, go figure I managed to find that little gem).  The fact that book was written by Graves, and my much loved Mythology Encyclopaedia had a foreword by Graves, probably didn’t help matters.  Graves was obviously trustworthy.  Ha!

But the truth is, I was never truly able to force myself to believe in the things all these books told me about Her.  Admittedly I did and still do like some of the things Graves discussed in the White Goddess, but I always had a bit of trouble with his talk about Hekate.

So, that’s my simple and weird story of how I became aware of Hekate, and how I started to learn about Her.

19 – What quality or qualities of this god do you most admire? And find the most troubling?
20 & 21 – Art and music that reminds you of this deity
22 – A quote, a poem, or piece of writing that you think this deity resonates strongly with
23 – Your own composition – a piece of writing about or for this deity
24 & 25 – A time when this deity has helped you, and refused to help
26 – How has your relationship with this deity changed over time?
28 – Something you wish you knew about this deity but don’t currently
29 – Any interesting or unusual UPG to share?
30 – Any suggestions for others just starting to learn about this deity? 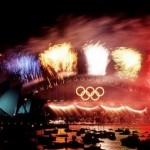 August 3, 2016 The Olympics as a Hellene
Browse Our Archives
Related posts from Hearth Witch Down Under