Looking around on Facebook I noticed a few comments about my previous post about Questioning Beliefs that I don’t really disagree with, for the most part.  But I wanted to address one of the ideas that was mentioned several times – that of, you cannot prove a belief wrong.

Faith belief is all about what you believe inside of you, it is personal, perhaps experiential.  It has nothing to do with other people.  Faith belief is the one that is hardest to change because it doesn’t rely on evidence or proof, it relies on yourself and how you feel and think.

Faith belief is when we have no evidence of something existing, but we believe in it anyway. There is no way to prove it true, or prove it not true – it is reliant on belief, on faith.  We have faith that it exists, we have faith that we are correct in believing in it.  Or the opposite, we have faith in our belief that it doesn’t exist.

It can’t be proven either way, so whichever way you believe, it is faith.  And it cannot be proven wrong.  Perhaps.

Informational belief is, obviously, based on information.  This is where we believe that something is true because that is what the evidence tells us is true.  But we can only make decisions about what we believe based on what information we have – so if we are lacking information, our beliefs about a thing may differ from someone elses beliefs, because they have different or more expansive information than we do.

So it is that if you have no knowledge of evidence that dinosaurs existed then you may not believe they existed.  But once you are presented with all of the evidence, you may change your beliefs and realise your previously held beliefs were wrong.

Perhaps you believe that Hekate is the Crone aspect of the Triple Goddess, but after reading or participating in a discussion or debate about Her you come to realise, through various historical sources, that She is not the Crone.

Evidence and information changing beliefs and proving you wrong.

In truth, informational belief is a matter of faith was well – we have faith that the information we have is correct, thus our beliefs are true.  But our faith can be misplaced, our beliefs can be wrong. But unlike pure faith belief, we have methods of discovering if our information is wrong or right.

Pure faith belief on the other hand cannot be proven wrong, at least not right now – can’t speak for the future.  So we believe in the Gods, this is based on what? Nothing.  We believe in Them, and that is it.  We can give all sorts of reasons, but these reasons only have meaning to us personally and that’s why some people do not believe in the Gods.  Because our reasons are not evidence.

Can faith belief be proven wrong?  Well yes and no.  We can’t prove it is wrong on a universal level, but we can prove or convince someone that their faith beliefs are wrong for them.

In such cases, instead of getting new information that changes your beliefs, you are given a new perspective – a new way of looking at things that makes your previously held beliefs now wrong.  For you.  But not necessarily wrong for anyone else.

Of course it is not so easy as all that.  Sometimes informational belief becomes purely faith based, and this is why some people do not believe the dinosaurs existed despite all evidence to the contrary.  Some people still believe Hekate is the Crone despite knowing She wasn’t historically – in this case it is often based on experience.  She shows Herself as Crone to that person, why should they believe history and other people over the Goddess Herself?

So is it possible to prove beliefs wrong? Yes, and no.  It depends on the type of belief and it depends on what you mean by wrong. 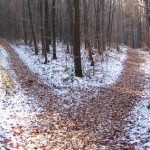 Solitary Self-Initiation or Dedication. Does It...
3 Pagans and a Cat
Related posts from Hearth Witch Down Under