This post is part of a blog challenge series – 30 Days of Devotion, to Hekate.  Day 5 and we are looking Hekates family tree and genealogy.

Today we are looking at family and genealogical connections to Hekate.  Being Greek religion we’re talking about here, it’s not so simple as just listing the family members, because depending on what you’re reading, the family members change.

Most commonly we see that Hekate is the daughter, indeed only child, of the Titans Perses, The Destroyer and Asteria, the Starry One.  Sometimes Nyx is named as the mother of Hekate, but it is generally assumed this is actually a reference to Asteria, since both are the of the night.

Occasionally She is named as the daughter of Zeus, or Demeter, or Aristaeus – but Aristaeus is also considered to be Asteria in this particular case.

In that much loved book of mine, the Larousse Encyclopaedia of Mythology there is also mention of Hekate being the daughter of Zeus and Hera.  Accordingly, She stole some rouge from Hera to give to Europa and when Hera found out, well, angry mum.  Hekate ran away and hid in a human home, but the woman there was giving birth and this made Hekate unclean.  To cleanse Herself She had the Cabeiri dip Her into the river Acheron in the Underworld and this is how Hekate became a Goddess of the Underworld.

Now being an encyclopaedia, I have no idea where that story comes from, so I can’t say if it is actually historical or not (Graves had a hand in the writing of that book after all).  Either way, I must say, I personally prefer Hekate as the daughter of Perses and Asteria and that She became an Underworld Goddess via Her association with Persephone.

In most cases Hekate is considered a maiden Goddess – but this doesn’t necessarily mean She was a virgin, just that She remained without a consort.  Though again, this isn’t always the case, sometimes She is said to be consorted with Hermes, and the two are often called on together for curses and spells and they have many things in common – not least the crossroads, magic and the dead.

Via a conflation with Krataeis, Hekate is said to have mated with Phorcus and thus is the mother of the monster Scylla.

Some also name Hekate as the mother of the Lamiae and Empusae, who were either succubus like creatures or the ghosts of women.

As we can see, the family trees of the Theoi are kind of complicated, and Hekate truly has one of the more simple family lines when it comes right down to it.

9 & 27 – Common mistakes and worst misconceptions about this deity 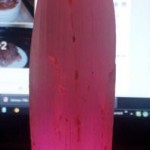 August 6, 2016 30 Days of Hekate: 6 - Related and Associated Deities
Browse Our Archives
Related posts from Hearth Witch Down Under