I was thinking to myself before about pendulum divination.  It’s not the most trustworthy of divinatory methods, because it’s so very easy to control the pendulum and influence the answers it gives.  I thought to myself, it’s interesting how I can control something like that, and yet….

And then I laughed at myself, because how silly is that thought.  I still can’t make the candle dance.  It led me to think about all those things, those funny little things that I almost don’t want to admit to doing.  Except, I know I wasn’t the only one doing them.

Light as a Feather, Stiff as a Board

Surely anyone and everyone who has watched The Craft has tried this one?  A couple friends and I tried it when we were young teenagers, did we succeed?  Haha no, of course not.  Though we did try to convince the feather/board person that she was indeed floating.

The worst thing though is I know, it’s not impossible for me to try this one again.  Maybe, I will watch The Craft with my kids one day soon and, well, why not?  Maybe I will have a drink with some friends one day and, someone will suggest it – someone always suggests it.

Yes, I tried this one too.  How stupid. This was, again, when I was a teenager. It wasn’t actually for me, this love spell – it was for someone else.  I planned it for a Friday night, of course, because that is the day of lurve.  Of course I had a friend turn up and decide to stay the night – she had moved away some months ago, so her visit was a surprise.  I still tried to do the spell in another room, but honestly, I put little effort into it.  Of course it didn’t work – and I can only be grateful for that small mercy.

Unlike the other love spell I once did, completely unintentionally.  But that’s not a fun bit of silliness, so doesn’t belong to this post.

This is surely a typical one, you sit and stare at the candle and try to make the flame dance or flicker or grow and shrink or something, just with the power of your mind.  Of course I tried it.  I never really made it work, because my concentration level on a thing like that is non-existent.  I can’t even meditate properly, not in that sit and be still and stop thinking way.  So a thing like candle flame dancing, no way.

The problem with this one though is that I totally still try to do it when I have a candle in front of me.  How else could I know that I still can’t make the candle dance?

There is No Spoon

Everyone did this one, right? The Matrix was pretty influential and that spoon bending thing is memorable to say the least.  So, of course I tried it, in fun because I certainly didn’t expect it to work.  And it didn’t, of course.  I have also tried to move the incense smoke and move pencils.  Because, why not?

What Card is That?

Guess what card I am holding.  Can you?  That’s right, I am not holding a card, because I’m typing.  But I have definitely tried this one, whether with someone else or by myself, placing a card face down on the table and trying to divine what it is.  Just so you know, I am not clairvoyant either.

And yes, I still occasionally try this one as an adult.  And still don’t succeed.  Apparently age doesn’t bring psychic powers.  Annoyingly.

It’s all a bit amusing.  I don’t laugh at others trying these things, because for all I know, they will succeed.  But I do know my abilities just don’t lie in these directions, so my continued attempts to do some of them – however half-hearted they may now be – are laughable to say the least.  But that’s the point I suppose, I do them because they are amusing – and maybe I hold out a tiny bit of hidden hope that I will magically manifest all sorts of powers haha. 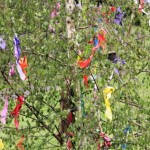 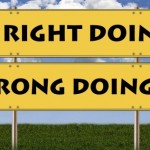