Is Silliness a Problem in Paganism?

Is Silliness a Problem in Paganism? December 19, 2016 Bekah Evie Bel

The other day The Wild Hunt reported on a man named Phelan MoonSong who went through the process of fighting to have the right wear goat horns in his ID photo.  On a cursory reading it’s pretty easy to think about how silly and weird he is for doing that.  Who the hell wears horns like that all the time anyway?  Some people, like John Halstead, have even written about it – with any number of commenters agreeing in their own fashion.

They Won’t Take Us Seriously

This is the general idea behind Johns post – non-Pagans will see the story about this guy who wears horns and they will judge all of the rest of us based on his attire.  No one will take us seriously and that also means that they will not take our religions seriously.

I both agree and disagree with John here.  Yes, it does matter that our religions are taken seriously but he misses the whole point.  It doesn’t matter that the general non-Pagan population takes us seriously, I mean we are talking about seeming frivolities here not matters that will get our houses burnt down because, aaaah you cursed my cows!  Other than the annoying assumptions that non-Pagans may make about us, which we have to endure already anyway, the way the public perceives us regarding “silliness” just isn’t that important.

Phelan MoonSong has literally proven that the government does and will take us seriously no matter how frivolous and silly our demands may seem.  He demanded to have the right to wear horns (horns of all the things) in his ID photo, and after a struggle, he did win because he had the legal high ground.  His example may seem silly on the surface but it shows us something important.  No matter how silly we may seem, our religions are being taken seriously – seriously enough that some of us can wear horns in official photos.

So, what does it matter if some non-Pagans don’t take us seriously because of this matter, when this matter has also done the opposite where it really counts.

He’s Just Trying to Stand Out

This is the other complaint I am seeing, mostly from those commenting on both TWH and Johns post – too many Pagans do things like this because they just want to stand out, they treat D&D like real life, treat Paganism like cosplay.  I’ve seen this complaint before and it got me to thinking a little bit.

Look, I agree, the horns are a bit silly from my perspective and I assume also from the view of many, many other Pagans.  I mean, it’s surely as bad and stupid as the guy who apparently can wear a strainer on his head in official photos because Flying Spaghetti Monster.  Right?

Well, no.  Sure, we can think it’s a bit silly, we judge things from our own perspectives which are usually heavily tainted by our overculture, but also by our own personal aesthetics and opinions.  It’s cool, we have opinions and likes and dislikes, and we can feel however we want about other peoples choice of dress.  But our opinions and feelings don’t necessarily equal the reality of the person being judged by us.

Wearing horns may be a silly and frivolous thing to you and me, it may be a method of standing out for some people – but that doesn’t mean the same is true for MoonSong.

There are many religious things, religious trappings, that are taken seriously and get little to no side eye from the general public, despite the fact if you really think about it – they are kind of ridiculous.  As mentioned in the comments of the TWH article, why are goat horns so ridiculous but Jewish yamulke, Mormons sacred undergarments, Muslim hijabs, Sihk sacred blades and turbans, the Popes fish shaped hat and so many Christians necklaces of “a mutilated corpse on a tree trunk” considered normal and okay and not at all silly or done to stand out?

We take these things seriously, but judge our own communitys individual garb with a harsher eye?  Who are we to say that just because we wouldn’t wear such things ourselves in seriousness then obviously anyone else wearing them is actually just taking the piss?

It’s not up to us to judge such things.  Yes, we can judge if something is aesthetically pleasing, yes we can judge if we want to be seen with someone who wears goats horns (I wouldn’t care either way, but I have young kids who wear fairy wings and witches hats in public, not only on Halloween), yes we can say we find it silly or frivolous.  But we do not get to say that the person wearing it is not taking it seriously.  We do not get to judge the person as not taking their religion seriously, based only on our own likes and dislikes.  We don’t get to say their motives are such and such, just because that’s what our motives would be in the same situation.

Some Pagans wear head scarves to cover their hair, some Pagans will get sacred tattoos and piercings to connect with their religion and their deities, spirits or ancestors.  Some Pagans do this.  What is interesting is that there are many Pagans out there who judge tattoos, piercings and head coverings in Paganism as stupid, wrong, frivolous, done to stand out.  But if it is an adherent of a more mainstream religion, those same Pagans are totally okay with it because “Tolerance! Acceptance! Respect!”

I haven’t the answer, but I can say this, I don’t think we are doing ourselves any favours.  I don’t think people like Phelan MoonSong are the problem at all. 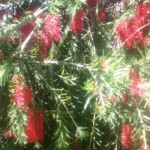 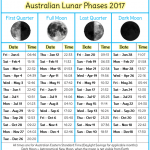 December 21, 2016 Aussie Pagan Calendar 2017
Browse Our Archives
get the latest from
Pagan
Sign up for our newsletter
POPULAR AT PATHEOS Pagan
1

Candle and Coin Spell
This spell draws money to you using a candle and a coin....
view all Pagan blogs
Copyright 2008-2021, Patheos. All rights reserved.