Grandma and the Ostara Storm – A Pagan Childrens Book

Earlier this month I received a message on Facebook asking if I would like to read a free copy of a digital Pagan kids book, and if I liked it to share it in my Pagan Homeschooling group.  Unfortunately, the message went to that stupid requests folder and I didn’t know about it until today.  A pity, as it would have been better to read and review closer to the northern Ostara date.

Grandma and the Ostara Storm was written by Anita Louise McCormick and was released on March 28th, 2017.  The book is approximately 19 pages long and is aimed at children between the ages of 6 and 10 years old.  It’s available on Amazon for the nice low price or 99c (USD).

Anita Louise McCormick has been an author since the early 1990s.  She has written numerous books, including A Visit From Oscar: A Short Story About A Neighborhood Possum, Rats Are Beautiful: A Journal For Rat Lovers, Shortwave Radio Listening for Beginners, The Native American Struggle in United States History, and many other titles.  She lives in Maine with her pet cats and rats.  She loves feeding the birds and enjoys nature.

“Ostara at Grandma’s house was always something special. So far, the weather looks beautiful. But Grandma knows the weather better than anyone. And when she feels a storm way down in her bones, we all wondered how soon it would come and spoil everything.”

It took me about 15 minutes to read this, but that’s mostly because I have a toddler dragging me off and everywhere all the time.  I think it would take 10 minutes normally, depending on how much your children would interrupt you reading aloud.

It was a fairly easy read though, probably not too difficult for the average 8-9 year old to read to themselves.  It is based in the USA, with references to a few things that may not be entirely relevant to those elsewhere – such as the temperature being Fahrenheit, and mention of Thanksgiving, Election Day and July 4th.

Speaking of, there is reference to some other holidays and festivals and certain weather that may accompany those days.  But other than July 4th, there is no mention of any of the months that I can see and even that one mention refers only to rain.  This means that when reading this book, you aren’t taken out of your own climate and seasons because of calendar references.  Which means, as a seasonal story, this book is very suitable to the southern hemisphere and other places that don’t have the perfect four seasons.

This book is not about the meaning of Ostara nor the history (real or misconceived), it makes no mention of religion, deities or anything like that, making this a great book for secular families while also keeping it relevant for the religious families.  This is a great way to be approachable to multiple audiences at once.  There is also no mention of Easter, which is wonderful.

In essence, this book could perhaps be seen as a story that normalises Ostara as much as Easter is normalised – it needs no explanation, because it is what it is.  The story is simply based on the time of Ostara, but it is actually about the season and the weather.

All in the Details

The details in this book is what I really loved.  Anita did a really great job of incorporating almost all of the senses into this story.  She describes smells, sights, sounds and feelings.  By doing this she really captures the whole feeling of spring – so much so that I almost forgot it was Autumn here and my heater was on!

I have read books that go deep into describing sights, sounds, feelings and the like and they often go too far, where the descriptiveness detracts from the story.  But in this story, it doesn’t detract from anything, it enhances it and draws you deeper.  It makes you feel it and hear it too, it makes it real.  I think she did a great job of keeping the balance when it comes to being descriptive.

Despite the fact that this book doesn’t go into the details about Ostara, the way Anita describes certain feelings and ideas about the weather and seasons, really makes this perfect for Pagan kids.  Even if Ostara wasn’t mentioned at all, you would still feel this is great for Pagan kids.

“To [grandma, the weather] is a living, breathing thing — with a personality all its own.  They have always shared a special closeness.  Almost like a best friend you know even better than yourself.  It shares its secrets with her. “

The story really grasps hold of the feeling of the earth, the seasons and weather as being living things.  And of course, the fact that grandma has this relationship with the weather, that she has these ‘feelings’, certainly conjures up ideas of Paganism.  And again Anita manages to make it all so normal, when the neighbours listen to grandmas prediction of the coming Ostara Storm and they believe her!

I do think this book would be a good one for homeschoolers.  There are multiple references to things that can engage the young student and draw them into further study and research.  Descriptions of the weather and seasonal things of course.  But there is more than that.

At one stage the story discusses dyeing eggs, naturally, and even describes the basics of the process – which could lead to some fun in the homeschool.  There is mention of weather prediction and recording methods, such as with rain gauges – not only how these are helpful, but how they aren’t always entirely reliable.  There is also mention of safety when there is a lightning storm, which might be a good thing for the kids to look into.  There are several more things that could lead you off into some fun discussions or study, but I’ll leave those to the book.

One more thing, the illustrations.  The illustrations in this book are very simple ones, not super fancy but they are very cute, and fun.  I think these ones could actually be inspiring to some young kids, great for trying to copy for some art.

No book is perfect of course.  So let’s take a look at some of the ways this book falls short, and why.  The book does make a couple references to school, and it certainly does mean normal school – so this might be a little annoying to some homeschoolers.  It’s not too overt though, so it shouldn’t be a problem for most people, especially not those families who don’t homeschool.

The few references to American things, as mentioned above, such as Fahrenheit and certain holidays, does detract a little bit from the story for those of us who don’t live in America.  But it’s not a big deal, and as mentioned the lack of calendar references makes up for that in a big way.

The book doesn’t go into detail about what Ostara is.  Yes, this is a good thing and a not so good thing.  There are many Pagan parents out there who are looking for books to help teach their kids about Ostara, if you happen to be looking for such books – this is perhaps not the book you’re after.  But if you are happy to also have stories that normalise Ostara to the point where it doesn’t need to be described or explained, then this is the perfect book for you.

The story does often go off on sort of tangents, looking into the past for example.  Generally speaking these tangents are quite relevant and helpful to the story, but at first it is a little odd to experience, especially considering the length of the book being so short.  Reading through a second time though, this doesn’t seem like a problem at all – and the fact that I was fairly distracted on the first read through, being dragged around by a toddler, maybe didn’t help either.

So I guess you might say that I personally didn’t have any real problems with this book, except the odd feeling of the tangents on the first read through.  And after the first read through, that wasn’t a problem anymore so, it’s not much of a problem at all.  The other things aren’t really problems either, just things of note so people know what to expect from the book.

I really do like this story, the way it’s written, the level of detail and I really love the normalisation of Ostara.  I don’t suggest this as a first story to read about Ostara to your kids – if they don’t know what Ostara is, this book won’t be the best introduction.  But after they have learned about Ostara, this is a great way to help the kids see their Pagan festivals as being super normal.  And that right there is what makes this such a wonderful book. 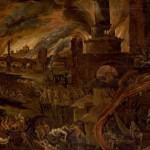 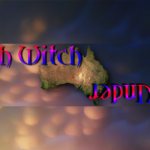 May 13, 2017 My First Year Patheos Pagan Blogiversary
Browse Our Archives
Follow Us!

Summoning Hekate and Her Four Sovereign...
Keeping Her Keys
Related posts from Hearth Witch Down Under