Hekate Goddess of the Underworld

As a lead up to Samhain in the southern hemisphere, here is another post that looks at something about death and the afterlife.  Today we’re looking at Hekate (surprise, surprise) and Her role in the Underworld, the afterlife and in death.

“only tender-hearted Hecate, brightcoiffed, the daughter of Persaeus, heard the girl from her cave, and the lord Helios, Hyperion’s bright son, as she cried to her father, the Son of Cronos.” – Homeric Hymn to Demeter

A large part of Hekates role, and often cited as the beginning of Her role, in the Underworld happened when Kore was taken by Hades.  Hekate was one of the very few witnesses to Kores kidnapping, though She didn’t see it with Her own eyes, She did hear the noise of it all, the cries of Kore as She was taken.

“Hecate, with a torch in her hands, met her, and spoke to her and told her news: ‘Queenly Demeter, bringer of seasons and giver of good gifts, what god of heaven or what mortal man has rapt away Persephone and pierced with sorrow your dear heart? For I heard her voice, yet saw not with my eyes who it was. But I tell you truly and shortly all I know.’ ” – Homeric Hymn to Demeter

Hekate it was who approached the mourning Demeter and offered Her the valuable information, as well as suggested speaking with Helios.  Hekate was, therefore, instrumental in Demeter finding Her daughter.  She was also there when Demeter and Persephone finally met each other again, after Hermes leads Persephone back to the Earth.  But it is Hekate who then takes this role afterwards, as the one who leads Persephone on Her journey to and from the Underworld each year.  It was in this way that Hades gave Hekate a place in His kingdom, ever after, making Her a Goddess of the Underworld.

“Then bright-coiffed Hecate came near to them, and often did she embrace the daughter of holy Demeter: and from that time the lady Hecate was minister and companion to Persephone.” – Homeric Hymn to Demeter

Epithets of Hekate as Guide

Leader of the Restless Dead

The Restless Dead are, generally, those who enter the Underworld but are unable to pay the fare to Charon and cross into the rest of the afterlife.  They despondently, despairingly, wander the shores of the Acheron or Styx river, perhaps forever or perhaps only for 100 years.  Others of the Restless Dead may be those who Hekate allows to temporarily leave Tartarus or other areas in the Underworld, as well as those who had untimely deaths or Heroes who died without a wife.

Hekate is one who takes charge of these restless wandering souls.  At night, especially the night of the dark moon, She leads the host of the Restless Dead to wander the paths of the Earth.  When we lay out supper for Her on the Deipnon, it is not meant to be just for Her but also these restless souls.  The Deipnon supper is an offering to the Goddess, but also a propitiatory offering to the Restless Dead, that they might not frighten or harm us.

“And then, when thou hast heedfully sought the grace of the goddess, retreat from the pyre; and let neither the sound of feet drive thee to turn back, nor the baying of hounds, lest haply thou shouldst maim all the rites and thyself fail to return duly to thy comrades.” – Argonautica, Apollonius Rhodius

When we lay out the Deipnon, we are meant to walk away without looking back, and we are meant to strive to not go back out into the night again afterwards.  The Restless Dead are the reason why.  To look back to where you left the offering is to risk catching a glimpse of the dead that Hekate is leading – to catch that glimpse can lead to madness.

Epithets of Hekate of the Dead, Night Wanderer

Keybearer, One Before the Gates

Most often, when it’s not just generic “gates”, the description given is that of unbreakable steel or adamantine.  These are either the gates to the entire Underworld which Cerberus also guards, or the gates specifically to Tartarus.  There is mention, in the Aeneid, of Hekate giving the Erinyes Tisiphone rule over and guardianship of the gates to Tartarus – but to be fair, in the Aeneid, some references appear to give the impression that Hekate rules the entire Underworld.

“In front is the gate, huge and pillared with solid adamant, that no warring force of men nor the very habitants of heaven may avail to overthrow; it stands up a tower of iron, and Tisiphone sitting girt in bloodstained pall keeps sleepless watch at the entry by night and day… but to me Hecate herself, when she gave me rule over the groves of Avernus, taught how the gods punish, and guided me through all her realm.” – Virgils, Aeneid

Hekate is also said to guard over the gates to Elysium, She holds the key and only She can unlock and open these gates to those who are worthy of entrance.  In the Orphic tradition, one of the passwords to enter Elysium is the name of Hekate, as Brimo (these references are found on various small gold-leaf tablets).

Epithets of Hekate as Keybearer and Gate Keeper

“After that he brought up Hecate and she brought Cerberus along, and he drew down the moon.” – Philopseudes, Lucian

“and sharply howled around her the hounds of hell” – Argonautica, Apollonius Rhodius

As leader of dogs, Hekate is sometimes referenced as being the keeper (or similar) of Cerberus, the hound who helps guard the underworld.  Along with this, the sound of dogs, especially many dogs, howling and baying in the night is said to be a sign of Hekate as She wanders through the night – sometimes alone, sometimes leading the dead.

“calling aloud on Hecate, mistress of heaven and hell … nor in vain hath Hecate given thee rule in the groves of Avernus… but to me Hecate herself, when she gave me rule over the groves of Avernus, taught how the gods punish, and guided me through all her realm.” – Aeneid, Virgil

“night-wandering Brimo, of the underworld, queen among the dead” – Argonautica, Apollonius Rhodius

At times Hekate seems to be considered the overall ruler and queen of the entire Underworld, instead of or perhaps in addition to Hades and Persephone.  This perhaps isn’t so surprising, given Her other roles at various times as Queen of the Night, Queen of the World and Queen of the Universe itself.

With special thanks to the tireless work of Neheti Sings for Hekate in researching the many, many, many epithets of Hekate! 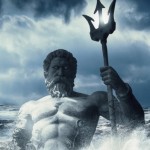 April 7, 2017
The Gods Are More Than Their Symbols
Next Post 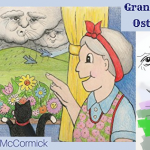 April 17, 2017 Grandma and the Ostara Storm - A Pagan Childrens Book
Browse Our Archives
Follow Us!

Breaking With Tradition: The Future of Witchcraft
First published in The Cauldron No. 150, November 2013 Since the last century,...
view all Pagan blogs
Copyright 2008-2020, Patheos. All rights reserved.