My Gods are Real and Independent Beings

John Halstead recently published an interesting post that speaks of Polytheist insistence that the Gods are real, literal, distinct and independent beings and that in our doing so we are losing some kind of battle within our religions.  Unlike John Beckett, I think I have used the word “literal” in reference to the Gods, but I am not sure I have used “distinct” before.

Halsteads post is a bit of a mixed bag for a polytheist like me, and certainly many others, to read.  On the one hand he makes some rather fascinating points about various things, and I can’t deny that I enjoy apples being brought into the discussion again.  On the other hand, he makes leaps and assumptions that are not only disappointing but are also a touch insulting on certain levels.

The main point of his post was regarding our use of the word “independent” in reference to our Gods, and how, in his view, this actually equals being disconnected.

You Keep Using That Word

“The assumption of some polytheists seems to be that for a thing to be “real” it must exist in some reified form disconnected from every other thing.”

Perhaps the biggest problem with Johns post, is his conflation of independence with disconnectedness.  It rests on some assumptions and leaps about what exactly we might mean when we use the word “independent”.  He seems to be inferring that we believe our Gods are completely and utterly separate – to the point that They have no connection to us or the world in which we reside and They rule over.

But this is a rather extremist view of the idea of independence.  Independence, in so many cases – Pagan or not – often refers not to being disconnected, but instead to not being reliant on another thing for your very existence, survival or, in human terms, happiness.  To say the Gods are independent is to say They do not rely on our existence for Their existence.  They are sovereign beings, They are not ruled by us, They are not dependent on us.  If we humans destroy ourselves – the Gods will still be here.

For many of us who use the word “independent” to describe our Gods, we are not using it as synonymous with disconnected, rather it is antonymous with dependent.  Our Gods are not dependent on us, nor anything about us.  They exist outside of us, without us, independently.  Even if you follow the belief that we did create Them through some kind of massive thoughtform – Their creation was accomplished long ago and we have moved far past that stage. They have or have gained Their own Will and we haven’t the power to uncreate Them, no matter what we might do or not do.

Here John is right, but he is wrong as well.  It is true that just because something is connected and dependent that doesn’t mean it is not real.  But he is wrong that we polytheists believe otherwise.  This is actually quite the strawman – we believe the Gods are independent, he decides independent means disconnected, and also decides we believe that a thing that is dependent on other things and is connected to other things is a thing that is not real and literal.

This is such an interesting leap that he has made.  One can merely look at belief in Gaia Herself to see that independence is not the same as disconnectedness and that connection doesn’t equal being not real.  She is the earth upon which we reside, She is connected to us in ways that are beyond a single blog posts ability to describe.  Gaia is connected to everything we touch, smell, hear, taste, see and know.  We are so deeply connected to Her that we don’t even realise we are connected to Her.

But She is still real, literal, distinct and independent.  She exists without us, She does not depend on us – indeed She would likely be better off without us!

I’m Not Trying to Re-Enchant the World

In this John is making the same mistake so many Pagans make, assuming that polytheism in its various forms is one of those earth-centric nature religions that seemingly make up the bulk of modern Paganism.  But, for many of us, that is not what we are about.  We who are deemed Hard Polytheists are mostly not nature and earth-centric, instead we are deity-centric.

I am not trying to re-enchant the world, whatever that means.  I am trying to enchant myself, and perhaps help others enchant themselves.  I am trying to connect to my Gods.  By extension this helps me connect to the earth and world around, but also the people around me, the animals, the ideas and ideals, and so much more.  Even in worship of Gaia, Her surface is merely one part of Her and it is not necessarily the most important part of Her.

This Isn’t Theist vs Atheist Semantics

Unfortunately it seems like John has maybe become stuck inside the kerfuffels of the past few years, seeing the “real independent beings” phrase as being a direct attack on non-theistic Pagan beliefs.  But it’s not, sure sometimes it is said in that way but the truth is it has a much deeper reason for being said.  Because we mean it, because it is true.

What They aren’t is a weapon in a petty little war on the internet.  When we say They are real and independent, we say it because we mean it – not so we can win a war of words.

*If you’re interested in reading fictional explorations of such deities, I suggest Raymond E Feists Midkemia books and David Eddings Tamuli trilogy, both of which have brief encounters with “dead” Gods, and in the Tamuli actually includes a Goddess getting weaker and sicker as Her worshippers are slaughtered.  It’s a fascinating concept, but even in these books, a dead God isn’t exactly fully dead. 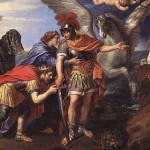 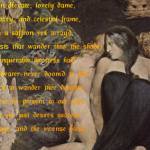 June 5, 2017 Using Wallpapers to Memorise Pagan Things
Browse Our Archives
get the latest from
Pagan
Sign up for our newsletter
POPULAR AT PATHEOS Pagan
1