FRC: Trump is the most pro-life president this country has ever had

FRC: Trump is the most pro-life president this country has ever had November 3, 2020 Bethany Blankley

The Family Research Council has listed 29 examples of pro-life actions President Trump has taken. It argues President Donald Trump is the most pro-life president the U.S. has ever had.

Claim: Trump is "the most pro-life president this country has ever seen."

Proof: Itemized list of significant actions President Trump and his administration have taken to protect life and human dignity.

In 2018, after it became public that organizations were using aborted baby tissue for medical research, the Trump administration directed the U.S. Department off Health and Human Services (HHS) to terminate a contract with Advanced Bioscience Resources to procure fetal tissue from aborted babies for research. HHS also announced it would be auditing all acquisitions and research involving human fetal tissue.

In January 2019, at the request of 169 members of Congress and 49 senators, President Trump sent a letter to House Speaker Nancy Pelosi in which he promised to veto any legislation that weakens current pro-life Federal policies and laws.

In December 2019, the center for Medicare & Medicaid Services issued a final regulation to address an abortion surcharge that was hidden in many plans purchased on the national marketplace exchange. The rule changed aligned federal regulations with section 1303 of the Affordable Care Act, ensuring that consumers know their health care plan covers abortion and that funding for abortion is kept separate from all other covered services.

Since 2019 HHS has issued a notice of violation to the state of California, a Vermont medical center, and the HHS’ Office of Civil Rights resolved complaints filed against Alabama, Connecticut, Pennsylvania, and Tennessee for violating federal statutes.

Trump called on Congress to pass legislation that would ban late-term abortions, and was responsible for 34 countries signing an agreement to oppose abortion as an international right.

Although three Republican presidents before him claim/ed to be pro-life, President Trump was the first sitting president to give remarks in-person at the 2020 annual March for Life in Washington, D.C. No president before him bothered to show up.

In his address he declared that every child is a sacred gift from God and reiterated his commitment to defend the dignity and sanctity of every human life.

In August, 2020, the Trump administration convened the Human Fetal Tissue Research Ethics Advisory Board as part of a 2019 fetal tissue research policy. The board was initially tasked with issuing recommendations on the ethics of fetal tissue research proposals, and this year recommended against federal funding for 13 out of 14 proposals it evaluated, expressing concerns about how aborted baby tissue would be used.

On September 25, President Trump signed an executive order to reinforce existing protections for children born prematurely, with disabilities, or in medical distress, including infants who survive abortion.

On October 22, the U.S. and 34 countries signed the Geneva Consensus Declaration, a culmination of more than one year of diplomacy.

Signers of the declaration agree to “reaffirm the inherent dignity and worth of the human person,” that “every human being has the inherent right to life,” and that “in no case should abortion be promoted as a method of family planning.”

Highlights of the declaration include:

The Trump administration had previously chastised the United Nations for “undermining the role of the family” by promoting abortion, and reprimanded the U.N. this year for promoting abortion as part of the global response to the coronavirus shutdowns.

Secretary Pompeo said President Trump “has defended the dignity of human life everywhere and always. He’s done it like no other President in history. We’ve also mounted an unprecedented defense of the unborn abroad.”

The Geneva Declaration “protects women’s health, defends the unborn, and reiterates the vital importance of the family as the foundation of society.” 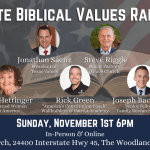 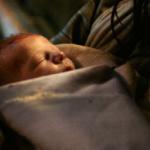 November 6, 2020 Although a significant minority, the number of pro-life women in Congress has doubled
Recent Comments
0 | Leave a Comment
"So disease killed off all his family and friends and he somehow lucky? Then the ..."
David Brevik Squanto: a story of providence enabling ..."
"We definitely need a return to Christian values in our country. The choice is clear. ..."
US_Constitution RIP 1-31-2020 Texas pastors calling on Christians to ..."
"The United States will never be a clerical fascist armpit like Poland."
Statistics Palin Priest denounces Biden and Harris, offers ..."
"The Catholic Church needs de-nazification. We should start by through BXVI and Georg out of ..."
Statistics Palin Priest denounces Biden and Harris, offers ..."
Browse Our Archives
get the latest from
Evangelical
Sign up for our newsletter
POPULAR AT PATHEOS Evangelical
1