My summer from hell

In several interviews related to Hellbound? I’ve told the story about how I became a Christian at Bible camp at age 9.

My conversion took place on the final night at camp. It was the first time I ever heard the Gospel during my childhood, and I responded to it immediately. I don’t remember my counselor ever mentioning hell, but somehow I picked up on the “other side” of the Good News anyway. I know this, because one of my most vivid memories from that summer is looking at my family working in the garden one evening and realizing that, according to my newfound faith, if they didn’t come to believe what I now believed, they would all go to hell. Thus began a lifetime of wrangling with this issue.

Something I haven’t mentioned is that summer I was also named “Best Boy Camper,” a prestigious award that I cherish to this day. It just so happens that the friend who invited me to camp emailed this morning to say he had been going through old photos of the camp when he came across this beauty: 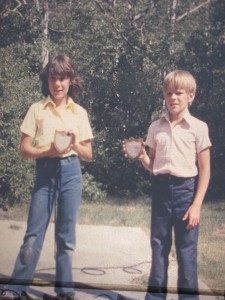 Yep, that’s me in the hiked up jeans and the hair. The first post-pagan photo ever taken of me. I’m sorry, but I have no idea who the “Best Girl Camper” is. But I do remember that having my name called out was one of the most shocking moments of my young life. The little boy in the picture would have been even more shocked had he known that fateful experience at camp would eventually inspire a film over 30 years later.

Fittingly enough for an evangelical camp, the plaque in the photo is inscribed with a reference to Psalm 119:105: “Your word is a lamp for my feet, a light on my path.” 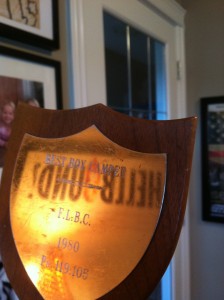 February 4, 2013
Storming the four fortresses of hell - part 2
Next Post 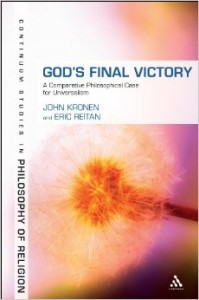 Progressive Christian
Looking for a Christmas gift for that "special...
Hellbound