We didn’t fall from Eden–we are slowly but surely crawling out of hell October 6, 2014 Kevin Miller 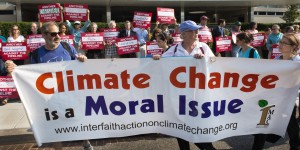 “A loathing of modernity is one of the great constants of contemporary social criticism.” So says Steven Pinker in the closing pages of The Better Angels of Our Nature: Why Violence Has Declined. Pinker, and many others, see such angst underlying many contemporary movements, including environmentalism, religious fundamentalism, aboriginal rights initiatives, and even zombie apocalypse fantasies. Though they look different on the surface, these trends all share one feature in common: a fall from Eden narrative. Supposedly, in some far-off, pre-modern age, we practiced ecological sustainability, family values, religious purity, economic equality or some other virtue. But technology destroyed all of that. Now we are picking our way through the rubble of the “downside of progress” with nothing but alienation, ennui, environmental despoliation, social pathology, fiscal rapacity and reality television to keep us warm at night. 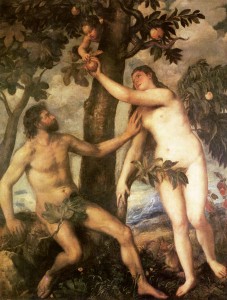 Interestingly, even the original Eden narrative can be interpreted along these lines as a “fall” from a pure hunter-gatherer lifestyle to an agrarian/urban existence. After eating the forbidden fruit, Adam is expelled from the Garden and cursed to work the land: “Because you listened to your wife and ate fruit from the tree about which I commanded you, ‘You must not eat from it,’ “Cursed is the ground because of you; through painful toil you will eat food from it all the days of your life” (Genesis 3:17).

God goes even further with Cain after Cain murders his brother Abel, saying not even the ground will yield a harvest for him. “Now you are under a curse and driven from the ground, which opened its mouth to receive your brother’s blood from your hand. When you work the ground, it will no longer yield its crops for you. You will be a restless wanderer on the earth” (Genesis 4:11-12). So Cain moves one step further away from the “purity” of a pre-agrarian lifestyle and founds a city, presumably to protect him and his family from his enemies.

The result of this descent from a pure existence in nature to one where humankind is enfolded by technology is a form of violence so ravenous that the only solution in the mind of the Creator is annihilation of virtually the entire human race. But not even that can solve the problem, because the moment humans are let loose on the planet again, they’re right back at it with their infernal technology, building the Tower of Babel in an attempt to unseat their Creator. 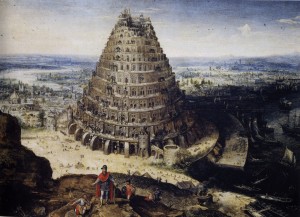 Concluding that “flooding an ideology out of existence” is futile, that even divine violence merely begets new and more complicated forms of violence, God attempts a different strategy with Abram, calling him away from human sacrifice and away from human civilization period. If Abram and his people are to encounter God, that can only happen in the wilderness. A return to Eden, if you will, which culminates with the wandering Israelites’ arrival in Canaan, a land flowing with milk and honey. However, it has been seized by those nefarious users of technology–the Hittites, the Amorites, the Cannanites, the Perizzites, the Hivites and the Jebusites. If the Israelites are to truly regain Eden, these techno-criminals have got to go.

I could go on with this interpretation, showing how the same anti-technology narrative might underlie the storming of Jericho, for example, which was done without weapons, or God’s warnings about not adopting a monarchial form of government, which would make the people subject not only to the king but also his machines of war. But that may be stretching things a little. My point is, if such an interpretation of even the original Fall narrative is at all correct, it would suggest that our pessimism about technology is nothing new. Perhaps a permanent aspect of the human psyche is a Janus-like tendency to walk backwards into the future, forever viewing the past through rose-colored glasses, because the reality of the future is simply too terrible to bear. Why is the future so terrible? Because that is where we will have to deal with the consequences of the mistakes we make in the present.

While I sympathize and often fall victim to this view, I see the “fall from Eden” narrative as one of the most prevalent and destructive myths afflicting our culture, because the minute we fall for it, the hunt for scapegoats begins. Who is responsible for our fall from grace? In previous generations, we tended to target witches, heretics, the Jews or even Satan, believing they had somehow “infected” our culture with their evil. If only these people/that enemy could  be eliminated, we could return to our original state of grace. The problem is, this so-called solution has never quite worked. Only in retrospect do we realize the futility of our efforts and the grievous consequences of our actions. And yet, we repeat them over and over again once a new enemy has been identified.

These days, for the most part our finger of accusation has shifted away from the perennial scapegoats of history to anything that’s big–big government, big pharma, big agriculture, big oil. In other words, the primary users–and abusers–of technology. They are the despoilers of the planet (never mind the fact they can’t survive without our complicity in terms of votes or dollars). If only we can find some way to stamp them out… You get the picture.

I see two forces at work beneath the fall from Eden narrative, particularly concerning our ambivalence toward technology. The first is our short cultural memory. If you read Pinker’s book or Jared Diamond’s Guns, Germs and Steel, for instance, you will quickly realize that romantic ideas of better days gone by are nothing but a cruel illusion. The history of humanity prior to innovations like modern medicine, electricity, fossil fuel-powered transportation, pesticides, fertilizers, etc. is a history of war, famine, disease, misery, suffering and death. I’m talking about 99.9% of human history here. Maybe more. As Pinker puts it, our ancestors

were infested with lice and parasites and lived above cellars heaped with their own feces. Food was bland and monotonous, and intermittent. Health care consisted of the doctor’s saw and the dentist’s pliers. Both sexes [and children] labored from sunrise to sundown, whereupon they were plunged into darkness. Winter meant months of hunger, boredom, and gnawing loneliness in snowbound farmhouses.

But it was not just mundane physical comforts that our recent ancestors did without. It was also the higher and nobler things in life, such as knowledge, beauty, and human connection.

Here is where unsentimental history and statistical literacy can change our view of modernity. For they show that nostalgia for a peaceable past is the biggest delusion of all. We know that native peoples, whose lives are romanticized in today’s children’s books, had rates of death from warfare that were greater than those of our world wars. The romantic visions of medieval Europe omit the exquisitely crafted instruments of torture and are innocent of the thirtyfold greater risk of murder in those times.

The moral commonplaces of our age, such as that slavery, war, and torture are wrong, would have been seen as saccharine sentimentality, and our notion of universal human rights almost incoherent. Genocide and war crimes were absent from the historical record only because no one at the time thought they were a big deal.

I could go on, but hopefully you get the picture. We may have invented the term genocide in the 20th century–and more efficient technology by which to carry it out–but the genocides we committed (are committing) are far from historical aberrations. They are merely business as usual under a new name. And the fact is, we are committing fewer and fewer of them than we ever did before. 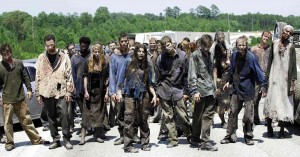 The second factor that gives life to the fall from Eden narrative is our tendency to locate evil “out there” rather than within ourselves. We do this, because it is the path of least resistance. Defeating evil out there is far easier than confronting our own heart of darkness, which requires courage, humility and self-sacrifice. When faced with such a high calling, it’s so much easier to point the finger and pull the trigger. No need to think, no need to feel, no need to fear. We think we can defeat evil the same way we defeat zombies–with a bullet to the brain–a cinematic metaphor for the futility of trying to bomb an ideology out of existence. No matter how many zombies we kill, they just keep coming. And when we have to confront living, breathing humans who are not part of our little group, that’s when everything really breaks down.

Such apocalyptic fantasies aside, to quote Ben J. Wattenberg, “The good news is the bad news is wrong.” Contrary to some of our deepest held convictions, we didn’t fall from Eden. Instead, we have slowly but inexorably been crawling out of the hell of history. Much of the world is still mired deep within that hell, and there’s no guarantee we won’t all plunge back into it again (another fear manifested by zombie apocalypse fantasies), but it won’t be technology that takes us there. Rather, it will be our own pessimism, even as people claim their quest for Eden is bringing us closer to heaven. In truth, technology is our only ticket out of this hell, because technology is nothing but a manifestation of human ingenuity in the face of difficulty. 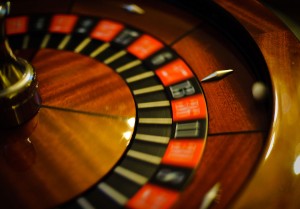 As science writer Ronald Bailey says, “Wagering against human ingenuity has always been a bad bet.” Unfortunately, anyone mired in the fall from Eden myth is placing this bet every day. They think they’re putting their money on black, but no matter how many times we spin the wheel, it’s guaranteed to keep coming up red.

One might argue that the “Myth of Progress” can be just as destructive and can just as easily lead to a hunt for scapegoats–who is inhibiting our forward momentum? Eliminate them! I don’t deny this possibility. However, I can’t help but think that in the long run, an optimistic approach to life that encourages ingenuity and innovation and presumes the best of others will not only lead to a reduction in scapegoating, it will also take us further than an approach that is constantly tries to rein people in for fear of what they might do if they take hold of the unbridled freedom with which we have apparently been bestowed.

October 2, 2014
WWJB? Eleven years later, the shirt has worn out, but the question remains
Next Post

October 9, 2014 Some resources to help you think through the Affleck/Maher/Harris "debate" over Islam
Recent Comments
0 | Leave a Comment
Browse Our Archives
get the latest from
Progressive Christian
Sign up for our newsletter
POPULAR AT PATHEOS Progressive Christian
1

Mansplaining in the Bible, and a...
Freelance Christianity
Related posts from Hellbound