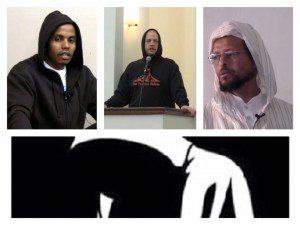 Some Muslims are fasting from social media this Ramadan, but many others are not. Here’s a roundup of the news and views that Muslims have been talking about:

US Muslims and Trayvon Martin

In the days after the Zimmerman verdict, many US Muslim commentators lamented the lack of a loud public response from national Muslim leaders. Later that week, Trayvon Martin and injustice were the subject of a handful of Friday sermons, including from some of the most prominent US imams.

The Myth of a non-racialized Muslim community

When silence says it all

The Muslim twitterverse was on fire this week in a contentious debate over the ethics of attending the White House Iftar:

A call to boycot the White House and State Department iftars

Beyond the iftar: 6 points toward principled solidarity

Honored to be invited – and grateful for the debate

The tactics of activism

To White House iftar or not

Tech-savvy Muslims have been sharing innovative projects, videos and links on all social media platforms:

30 best Quran recitations – a stunning collection from around the world

A call for improved spaces in mosques

The politically incorrect guide to Ramadan

The Hollywood actor who gives call to prayer

#InterfaithRamadan – found on Twitter and FB and curated by Sarita Agerman

Call to prayer on BBC Channel 4

*Disclaimer – I founded and curate Side Entrance

July 16, 2013
Muslim Devotional Music From Around the World
Next Post