The Impossibility of Tarawih

This is Day Two of Hindtrospectives’ #MyMosqueMyStory series for Ramadan 2015

As an unmarried convert, Ramadan has always been a solitary experience for me. I eat suhur alone, and have only been to a few iftars in my 16 years of being a Muslim. Compounding my isolation, I’ve been unmosqued most of that time.

In the last year, I’ve started going to jumu’a again after more than 10 years away. I still feel that I’m mostly on the margins of my community – women are peripheral to the primary activity and leadership of the mosque, and I don’t have the word-of-mouth networks that most everybody else seems to, nor do I have a husband, father, brother, or other male relative who could link me in.

Marginalization in the community isn’t the only reason I had been unmosqued, though. Accessibility was also an issue. Due to a combination of sensory processing and anxiety issues, I’m not able to drive – I’ve learned from experience that it’s safer for myself and others that I’m not on the road. While my mosque is on a major bus route and takes only 25 minutes to get to, the bus schedules don’t match up well with the mosque’s prayer time schedule. Round trip, getting to and from the mosque and attending the jumu’a service takes over two hours. I work full time so taking such a long lunch break on Fridays required a special arrangement with my manager.

Now that I’m getting remosqued, I wondered if I would be able to attend tarawih for the first time this year. However, because tarawih is a late night prayer, I found the accessibility issues impossible to overcome. The Seattle area has some of the longest fasting days in the contiguous United States when Ramadan is in the summer. Fajr came in at 3 am today, and maghrib is at 9:09 pm. Isha comes in at 11:20 pm, and the iqama at my mosque is 11:30 pm. Tarawih probably doesn’t start until nearly midnight.

The problem is that the last bus homeward leaves the mosque at 11:51 pm and the first bus going by in the morning isn’t until 5:07 am. I could get to the mosque in time for tarawih, but then I wouldn’t be able to get back home afterward. This prayer is simply not accessible for people who don’t have a car.

My parents (who are non-Muslim) are usually glad to drive me places if I can’t get there by bus. I’ve relied on them as a back-up many times in my life. But it isn’t feasible to ask them to take me some place in the middle of the night, especially as the round trip from their house adds an extra 35 minutes of travel time. As I have no Muslim family and no husband to turn to, I’m stuck.

Tarawih is a perfect illustration of how my multiple marginalizations, as a convert, as an asexual woman, and as someone with accessibility limitations, intersect at the mosque. Things that many other Muslims take for granted are sometimes out of my reach.

There isn’t really an easy solution to the tarawih conundrum except to wait until Ramadan moves into another season and isha isn’t so late at night. As for tonight, I’ll be praying tarawih by myself at home. 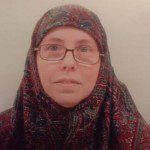 Laura P is an European-American convert to Islam who lives near Seattle. She works in online tech support and volunteers for the Muslim Anti-Racism Collaborative. She is active on Twitter at @muhajabah.