My Mosque: An Honest Critique 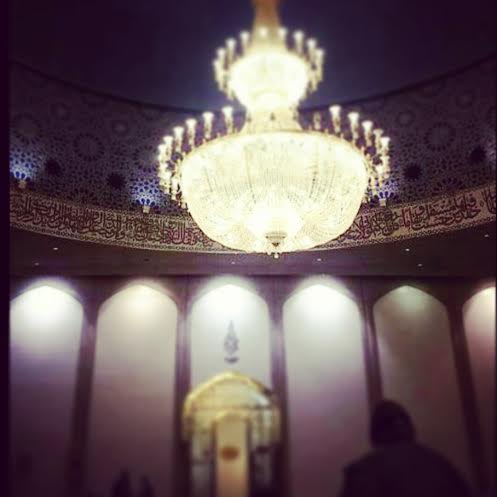 I really wanted to write a happy, fluff piece about my local mosque. I really did. I wanted to write that each time I go there I am filled with inspiration and love for Allah. That I come away refreshed and re-engerised in my faith. At peace with myself and everyone around me. But I can’t, because it wouldn’t be the truth. And that thought fills me with dread.

If I write the truth about my local mosque experiences, then what will people think? I fear that my friends and family might think I am being unnecessarily critical. Or they may wonder why I am making such a big deal about things that have always been that way. And my final fear is: will my critique of a local mosque and mosques in the UK be jumped on by pseudo-liberals for their own agendas?

My feelings took me by surprise and helped me realise that, this is the reason why I need to write truthfully about my mosque experiences, even if they may be difficult for some to hear. The fact that I feel anxious at the thought of articulating my feelings is surely a sign that things need to change.

We hold onto traditions at the cost of the health to our communities. Mosques are supposed to be the heart and soul of a community and a few are amazing shining examples of this. We need, however, more mosques to be these shining beacons, to be the epicentre of communities, helping their congregations on all matters; from matters of the heart, to finance, career and so on.

And what about the gritty, difficult challenging issues? I have sat in too many lectures or khutbahs in a mosque and listened to learned men, scholars who are far more righteous and pious than I am, talk about Michael Jackson or how women shouldn’t wear a pink hijab – and I wonder why are they not talking about sexual harassment of women working in the mosque? The challenge of domestic and sexual violence which affects so many women (and men, too) around us? Or the fact that many of our young feel completely disconnected from their local mosque and community?

In my local mosque:

This is not to say that all mosques are bad. I try to visit a range of mosques taking the best of each where I can, and some are doing really good work, implementing health checks for the community, holding classes for children and teenagers or mother and toddler groups, and some deliver interfaith initiatives. Many involved in these programmes are genuinely trying to make a difference, and change attitudes. They are the unsung heroes of our communities, working tirelessly in the background.

It isn’t about blame or vilifying the people who dedicate themselves to running the mosque. But it is about recognising that we have a long way to go. And unless we admit these problems, they will never be solved.

Akeela Ahmed is a British activist who is passionate about inequalities, mental health, &gender issues. Follow her on Twitter.