The Story of American Resilience 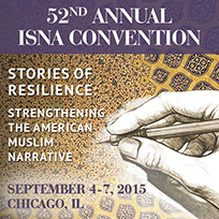 The story America likes to tell about herself is full of rugged individuals. A family of pioneers heading west to make a new life for themselves. Two young men road tripping across the country searching for God. Wearing rags and dreaming of riches. Pulling bootstraps. That’s our mythology, anyway, immortalized by national storytellers like F. Scott Fitzgerald and Jack Kerouac, and reinforced every year by literature teachers in high schools everywhere. Anyone can make it if they work hard enough and dream big enough.

But America has another story to tell.

The struggle to form a more perfect union is one that is borne by every generation. The resilience of her native daughters and sons who survived genocide and relocation. The strength of her daughters and sons whose stolen labor built this country. The faith conviction of preachers and parishioners who pushed to end and abolish slavery. The moral conscience of activists who toiled to serve immigrants, factory workers, and the indigent in 20th century cities.

These are not stories of rugged individuals, but of resilient communities. The American narrative is replete with people who stand up and fight for their communities. With those who are able to empathize with the plight of others and see themselves in the stories of their neighbors.

For American Muslims, especially those of us from immigrant backgrounds, it is profoundly critical to know and share our stories. Our chapters in the American narrative, such as taking part in the American Labor movement, are often untold. It is also no small point that the Japanese American Citizens League was one of the first national civic organizations to reach out to American Muslims after the attacks of 9/11. Hearing echoes of their own history as they witness anti-Muslim bigotry, Japanese Americans have continued to take a strong stand against Islamophobia and to strengthen bonds with American Muslims.

Knowing our own history underscores our connection with other communities. Further, it can model a framework from which we can collaborate with other conscientious Americans to build healthy and strong communities across the country.

This Labor Day Weekend, the Islamic Society of North America is hosting their annual convention in Chicago, with the theme “Stories of Resilience: Strengthening the American Muslim Narrative.” Formerly taboo topics, such as sexual abuse in our communities, will be aired. Activists will share best practices around tackling racism and economic disparity. Controversial strategies around countering violent extremism and Palestinian rights will be debated. The conference will showcase the resilience of American Muslims – especially those who’ve been historically marginalized – and share stories of our forbears in this country and abroad.

Ultimately, what I think the conference will show, is that the story of American Muslim resilience is one where our diverse communities work together to overcome the divisions of racism, sectarianism, classism, and misogyny. One where we  honor our differences, hold fast to the rope of God, learn about, and multiply the good work that is already being done.

Needless to say, I’m thrilled about the theme and discussion topics that will be covered throughout the weekend (full disclosure – I was a member of the ISNA Convention Program Committee this year). And, I’ll be there, offering my perspectives on how mosques can be more inclusive of women and girls. Come by and share your own story of resilience! 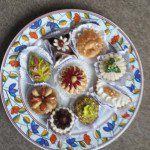 November 25, 2015 A Thanksgiving Prayer for Peace
Recent Comments
0 | Leave a Comment
Browse Our Archives
get the latest from
Muslim
Sign up for our newsletter
POPULAR AT PATHEOS Muslim
1

Is The Table Spread in the...
Ask A (Born Again) Muslim
Related posts from Hindtrospectives