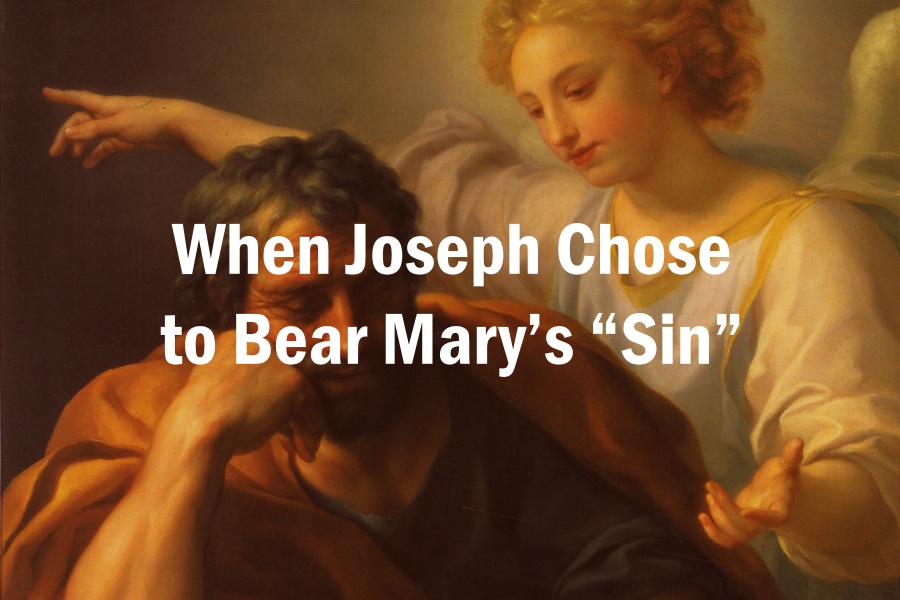 Joseph, her husband, being a righteous man, and not willing to make her a public example, intended to put her away secretly. (Matthew 1:19, WEB)

Joseph was betrothed to Mary. Legally, she was his wife, though they had not yet been officially wed. And then he discovered the unthinkable. She was pregnant.

He knew the child wasn’t his. So what else was he to think? The only explanation was that she had been unfaithful. Of course we know the truth now—we know that the child inside her was conceived by the Holy Spirit—but at this point, Joseph did not know. As far as he knew, she was an adulteress.

The Law of Moses was perfectly clear about what should happen next. Joseph must publicly accuse Mary of adultery, and she would be stoned to death. This was what the Law demanded. It would be the word of a man against the word of a woman, so his name would certainly be cleared. She was the guilty one. She deserved her punishment.

But this was not the route Joseph planned to take. He intended to divorce her quietly. Of course, word would have gotten out one way or another. It’s hard to conceal a pregnancy. And if Joseph did not publicly accuse her of unfaithfulness, there’s little doubt what people would assume. Who was more likely to have impregnated Mary than her betrothed?

Yet Joseph, being a righteous man, decided not to follow the letter of the Law. He chose instead to show mercy to an adulteress. In doing so, he took her “sin” on himself. Though Joseph knew he was innocent, he willingly chose to bear the blame.

Joseph’s righteous choice foreshadows Jesus’ whole life. When confronted with a woman caught in adultery, Jesus chose to show mercy, rather than follow the demands of the Law. He consistently taught the supremacy of forgiveness over retribution, of mercy rather than sacrifice. Ultimately, Jesus lived this ethic all the way through to its conclusion, choosing to take our sins on himself. Though he was innocent, he allowed himself to appear guilty, accepting the blame for humanity’s crimes—just as he has always done throughout history.

This is the fourth post in my “Blogging through Matthew” series. If you missed the previous post, be sure to check out “Did Mary Remain a Perpetual Virgin?.” 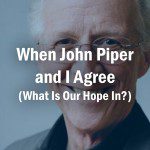 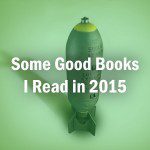 January 1, 2016 Some Good Books I Read in 2015
Recent Comments
0 | Leave a Comment
"Yeah, and bankers never suffer the consequences of their bad decisions that led to the ..."
Medalcollector Jesus Was a Socialist
"Masks in general don't work ... They don't work to prevent caterpillar-damage to garden plants. ..."
San_Ban It Isn’t Scapegoating if You’re Guilty
"The largest employer in America just declared $514B in revenue on 2/19/19 while 15% of ..."
Michael Wilson Jesus Was a Socialist
"The other countries that Venezuela is selling its fuel to is largely America. Venezuela has ..."
Michael Wilson Jesus Was a Socialist
Browse Our Archives
Related posts from Hippie Heretic