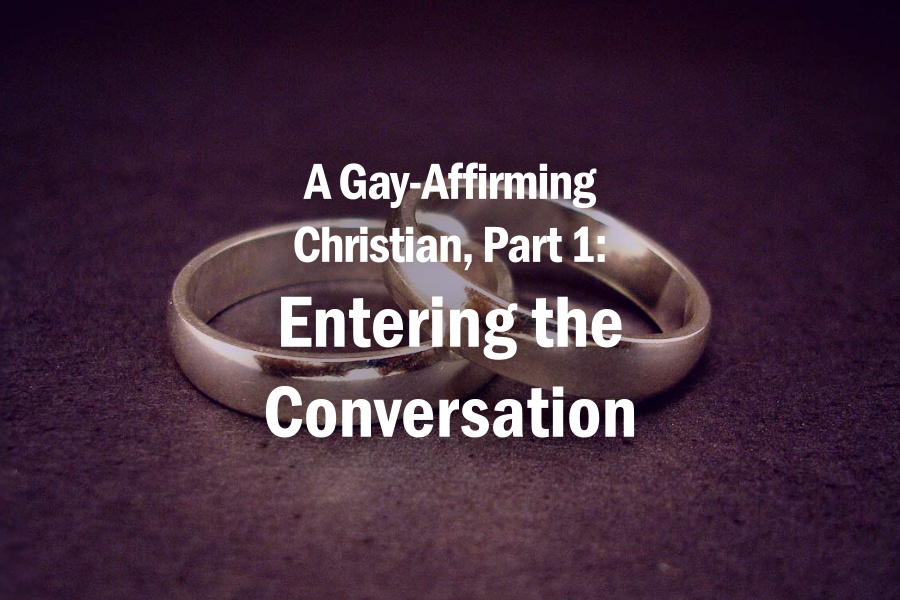 My wife and I recently celebrated our fourth anniversary. These past four and a half years (including our time together before the wedding) have been the most incredible of my existence. She and I have enriched each other’s lives in ways we never knew possible. And it only gets better every day.

I can’t imagine denying anyone the right to pursue such a relationship.

But let me back up. I’m about to venture into a topic about which I am not qualified to speak. Specifically, I’m going defend—from a Christian perspective—the legitimacy of LGBTQ relationships with whatever genders they are oriented toward.

I say I’m unqualified to speak on this topic because I am a heterosexual cisgender male, and because it’s really none of my business what kind of consensual relationships others may want to pursue. The validity of anyone’s relationships is entirely between God and the people involved.

Nonetheless, after the shooting that took place in Orlando, I felt compelled to speak out in support and affirmation of the gay community. In response to my affirmation, many Christians have questioned my stance, wondering how I could affirm something that they believe the Bible prohibits. Since many of the questioners appear to be asking with sincerity, they deserve a response.

In this series of posts, I will simply offer my personal answer to such questions. I’m not suggesting that my approach is the best one. This is just how I understand the ethics of Jesus as applied to LGBTQ relationships, or any relationships for that matter. Perhaps it will be helpful for some.

Additionally, let me apologize in advance if I inadvertently say something poorly or use terminology that is hurtful to or untrue about the gay community. Please let me know, and I will be quick to correct it.

If we’re going to talk about this responsibly, we have to start with two non-negotiable acknowledgments.

First, we have to acknowledge the reality that gender and sexuality are not nearly as simple and straightforward as traditionalists would like them to be. Some people have an innate orientation toward members of their own sex. Some people experience a gender identity that is different from their biological sex. And some people land within a wide spectrum of variations on these themes.

Being gay or transgender is not a “lifestyle” that people choose. It’s just how people are. Furthermore, attempts at changing this have proven both ineffective and extremely damaging. Many Christians want to bury their heads in the sand and pretend that such things aren’t the case, but this is reality, and the conversation will go nowhere until we acknowledge it.

I won’t spend any time supporting these claims here. There’s plenty of scientific literature you can find on your own. If you won’t accept this reality, then you might as well stop reading now.

Second, we have to acknowledge that we’re talking about real people, not just an “issue.” Whether we are aware of it or not, these are our friends and our family members, our children and our parents, our neighbors and our lovers. They are not sexual deviants; they’re normal people who have the same needs, desires, hopes, and dreams shared by all humans.

So if you have not really gotten to know some people who do not share your sexual orientation or gender identity, I would strongly recommend that you do so first. Listen carefully to their stories. Then come back to read the rest of this series.

In the next post, we’ll be considering the overall view of marriage in the Bible. 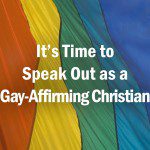 June 12, 2016
It’s Time to Speak Out as a Gay-Affirming Christian
Next Post 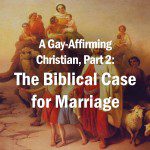