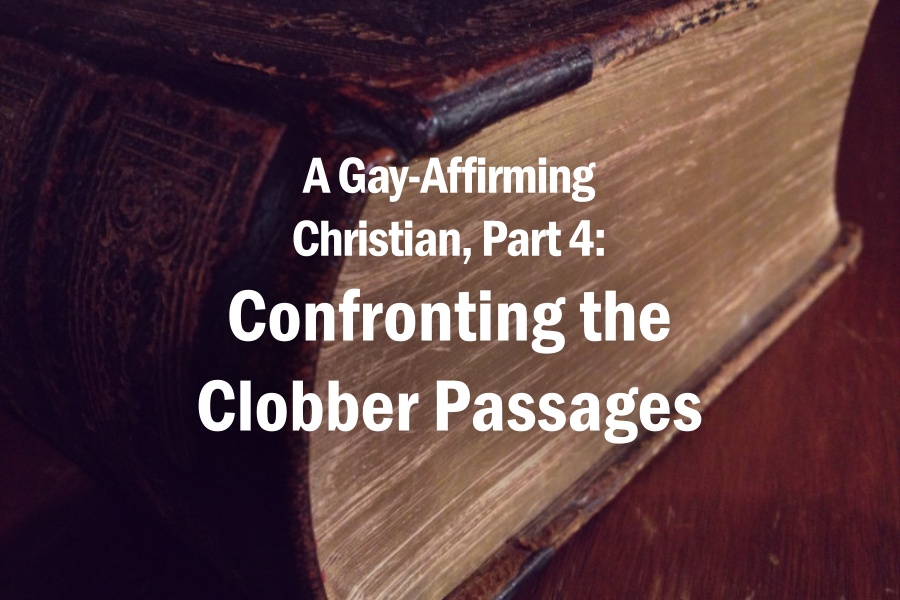 This is the fourth and final post in a series arguing for the legitimacy of LGBTQ relationships from a Christian perspective. It relies on the positive case established in the previous three posts. If you have not read them yet, please do so before reading this one.

Right off the bat, we can take Deuteronomy 23:17–18 and 1 Kings 14:24 off the list because they refer to shrine prostitution, not consensual sex of any kind. Even the most conservative of today’s Bible translations get it right on these verses, so I won’t spend any time on it.

As for the sins of Sodom, described in Genesis 18–19 and referenced in Jude, a group of men attempted to gang rape angels. Rape is always wrong no matter who the victim is.

Leviticus 18:22 and 20:13 may refer to consensual same-sex activity (though I have heard good arguments to the contrary), but they are found in the Old Testament law, which we as Christians are not under. We are no more bound by these prohibitions than by the prohibitions against eating shellfish (Leviticus 11:11–12) or wearing mixed fabrics (Leviticus 19:19). We are only bound by the law of love.

Genesis 1:27, 2:24, and 5:2 state that God created male and female and that the two are united in marriage. Genesis also explains that God made Eve for Adam because she was “a partner suited to him” (Genesis 2:18, REB). For many people, the opposite sex does make for a suitable partnership, just as with Adam and Eve. However, for some people, this is not true. And Genesis is silent on what such people should do. These passages say nothing to suggest that a male and female marriage is the only acceptable partnership.

When Jesus quoted these Genesis passages (Matthew 19:4–5 and Mark 10:6–8), he did not do so to make a point about LGBTQ relationships. He spoke in response to a question about divorce, not sexual orientation. His purpose was to defend marriage against unnecessary annulments, not to define it against same-sex partnerships.

That leaves us with only three pertinent passages. Honestly, I don’t see an even remotely compelling argument in any of the passages covered above. However, I can easily understand why the remaining passages have been read to condemn LGBTQ relationships. Depending on the translation, they can certainly appear to do just that.

For the sake of argument, I’ll stick with the conservative ESV translation of each passage:

For this reason God gave them up to dishonorable passions. For their women exchanged natural relations for those that are contrary to nature; and the men likewise gave up natural relations with women and were consumed with passion for one another, men committing shameless acts with men and receiving in themselves the due penalty for their error. (Romans 1:26–27)

Now we know that the law is good, if one uses it lawfully, understanding this, that the law is not laid down for the just but for the lawless and disobedient, for the ungodly and sinners, for the unholy and profane, for those who strike their fathers and mothers, for murderers, the sexually immoral, men who practice homosexuality, enslavers, liars, perjurers, and whatever else is contrary to sound doctrine, in accordance with the gospel of the glory of the blessed God with which I have been entrusted. (1 Timothy 1:8–11)

The first thing we should notice is that all three of these passages come from Paul (assuming traditional authorship). And we should remember that out of all the Apostles, Paul was the most outspoken on the idea that love is our only law.

So why does it appear that Paul is listing a bunch of other laws?

One less-than-appealing possibility is that Paul was inconsistent, affirming love as the only law in some passages but conveniently ignoring that principle in others. Personally, I’d like to give Paul more credit than that.

I think there’s a better way to look at it. When we see such prohibitions listed in the New Testament, they are not other laws in addition to the law of love; rather, they are examples of how to live the law of love.

And when we look through the items listed, it’s easy to see why Paul viewed them as unloving. They’re all wrongs committed against other people—all except for homosexuality, that is. Consensual LGBTQ relationships are no more harmful than heterosexual relationships, and they have just as much potential for love. So why would Paul include them here?

It’s possible that Paul was simply wrong—that he allowed a poor understanding of sexuality to influence his writing. But I don’t think we have to go there. Again, I’d like to give Paul more credit than that.

This makes me question whether Paul might have had something other than a consensual relationship in mind. And in the Roman culture of Paul’s day, there were plenty of other truly harmful practices he could have been referring to.

For example, prostitution was standard practice, often tied to idol worship, and often including sex with young boys. Additionally, it was common for boys to be paired with older men who would have a sexual relationship with them until they reached adulthood. It was also accepted that men would have many sexual partners—male, female, and children—as long as they only played the role of the “active” partner, and as long as they did not have sex with another man’s wife (because wives were property). The “passive” partner was considered the weaker role, reserved for women or young boys. See “Paul, Homophobia, Gender & Love” from Kurt Willems’ The Paulcast for more on this, along with a balanced perspective for approaching the topic of LGBTQ relationships in general.

The concept of an equal, loving, consensual same-sex partnership, though not entirely unheard of, was not at all a common occurrence in Paul’s day. We have very little basis for assuming that this was the kind of relationship Paul had in mind. It is much more likely that Paul referred to specifically harmful same-sex practices like those described above.

Furthermore, the Greek words involved are notoriously difficult to translate. It’s far from a clear-cut case to claim that they simply refer to homosexuality. I won’t go into the technical details here, as this has been covered ad infinitum elsewhere. See, for example, Keith Giles’ helpful articles that treat the subject with greater depth: “Not a Sin?” and “Romans Re-examined.”

As we wrap this up, we ought to remember a fundamental rule of biblical interpretation: always interpret unclear passages through the lens of clear biblical themes, rather than the other way around.

In this case, we have only three passages, all highly debated, that might possibly provide a passing reference to homosexuality. On the other hand, the entire New Testament is filled to the brim with the unmistakable teaching that love is the only law we need. And the law of love gives us no grounds on which to conclude that consensual LGBTQ relationships are in any way sinful.

We’ve additionally seen that everyone is entitled to pursue marriage with a suitable partner. To deny anyone the possibility for such a relationship would be to break the law of love ourselves.

For all of these reasons, I am a gay-affirming Christian. 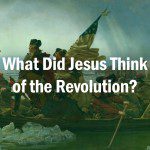 July 3, 2016
What Did Jesus Think of the Revolution?
Next Post 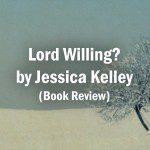 July 11, 2016 Lord Willing? by Jessica Kelley (Book Review)
Recent Comments
18 Comments | Leave a Comment
"Too late. 50 years of killing the unborn is over."
Bob Shiloh It Isn’t Scapegoating if You’re Guilty
"I do like the idea of ancient councils and creeds being like a home we ..."
KraigDeKompressorKruncha Why I Value Christian “Orthodoxy”
"Exactly. Damn straight. Bob, please let the SCOTUS know this. Women's bodies are their bodies, ..."
KraigDeKompressorKruncha It Isn’t Scapegoating if You’re Guilty
"Jesus came to proclaim the Gospel of the Kingdom of God; Matthew 9:35. He came ..."
Bob Shiloh Jesus Was a Socialist
Browse Our Archives
Related posts from Hippie Heretic