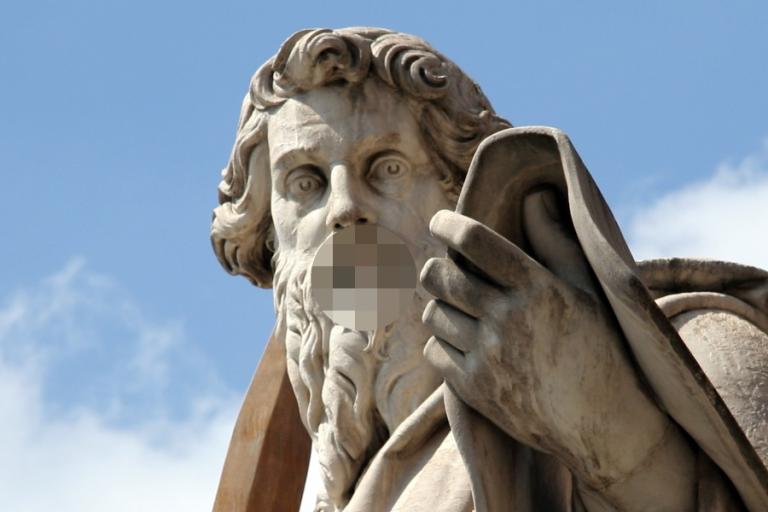 For week four of Random Text Tuesday (RTT), my random-text selector gave me Ephesians 5:4. I’m pretty excited to tackle this one, as I think it is one of the most misused and misapplied verses out there. I’ll start by quoting a few different versions because the translations are all over the place for this verse.

No coarse, stupid, or flippant talk: these things are out of place; you should rather be thanking God. (REB)

Obscene language, silly talk, or vulgar jokes aren’t acceptable for believers. Instead, there should be thanksgiving. (CEB)

Don’t use dirty or foolish or filthy words. Instead, say how thankful you are. (CEV)

Let there be no filthiness nor foolish talk nor crude joking, which are out of place, but instead let there be thanksgiving. (ESV)

There must be no foul or salacious talk or coarse jokes—all this is wrong for you; there should rather be thanksgiving. (NJB)

So what does this mean? Is the author saying we shouldn’t use so-called “curse words”? And what makes something crude? Are we supposed to avoid talking about sex? What about just being silly or flippant—is there never a place for that? What exactly is this verse getting at?

Let’s first eliminate some of these ideas. I think it’s safe to say that the author of this passage does not intend to place any passages of scripture off limits. So if we can find it in scripture, then it’s probably not what he means here.

Since traditional authorship attributes Ephesians to Paul, we’ll start with another one of his passages, Philippians 3:8. Paul says that he regards everything as skybala in order to gain Christ. While nearly every English version provides a euphemism—“filth,” “refuse,” “rubbish,” “trash,” “garbage,” “dirt,” etc.—the most literal translation of the word is simply “shit.” So there goes the ban on “curse words”! (As if there could be a timeless consensus on what constitutes a “curse word” anyway.)

What about crude language? Just consider the following verse:

She lusted after their male consorts, whose sexual organs were like those of donkeys, and whose ejaculation was like that of horses. (Ezekiel 23:20, CEB)

Much more could be said about the profanity, crude language, and sexually explicit content in the Bible, but these examples are sufficient for now. I don’t believe the author of Ephesians is talking about any of these things. So what is he talking about?

I’ve previously written about how “it all comes down to love.” This principle is true across the board. Love is the litmus test for our every action. That which is unloving should be avoided. But anything that is in line with love is fair game. So the kind of speech here forbidden must be speech that is in some way unloving—that is, speech which harms other people.

Though some tongues just love the taste of gossip, those who follow Jesus have better uses for language than that.

And the NCV renders the first phrase as “there must be no evil talk among you,” which I think is a good generalization.

Are you telling stories that shame or slander someone else? Are you making light of a serious situation in a way that is hurtful to those affected by it? Are you using your words to invalidate someone’s experience? Are you crudely misappropriating a sexual orientation as slang (“That’s so gay”)? Are you failing to refer to people by the names, genders, or pronouns they identify with?

These are all examples of evil talk because they are all ways of causing harm to people with our speech. We must use our words for the good of others. Whatever we say, we must always speak with love. 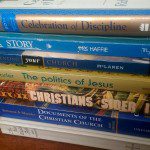 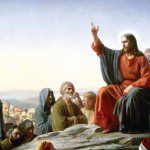 April 27, 2017 A Few Quick Thoughts on Jesus and Bibliolatry
Recent Comments
1 Comment | Leave a Comment
"Yeah, what Metaxas proceeded to say in that video was a truckload of nonsense. But ..."
Nikolaj Hartung Kjærby Yes, Metaxas, Racism Is Still Wrong ..."
"For me, there must be one truth, one set moralitywell you're barking up the wrong ..."
crackerMF Yes, Metaxas, Racism Is Still Wrong ..."
"Questions and morality can only be answered if morality has an absolute source. That source, ..."
crackerMF Yes, Metaxas, Racism Is Still Wrong ..."
""Jesus Was a Socialist"Yes he was and it's yet another reason to leave Christianity.Christianity is ..."
Timothy Weaver Jesus Was a Socialist
Browse Our Archives
get the latest from
Hippie Heretic
Sign up for our newsletter
POPULAR AT PATHEOS Progressive Christian
1