A Challenge to Those on the Fence about LGBTQ Affirmation

I get it. You don’t hate LGBTQ people. You sincerely do want to love them as best as you can. If possible, you’d even like to fully affirm them. And maybe, if it were left entirely up to you and to your own intuitions, you’d already be affirming them.

But you’re a Christian. So you also want to be faithful to God. And you simply don’t know whether God approves. The debate surrounding affirmation is really confusing. There are so many arguments on both sides, and you’re just not sure where you stand on all of it. I get it.

I get it because this is exactly where I was for a long time. Two years ago, on my previous blog, I wrote a post titled “I Don’t Know Where I Stand, but I Support Gays.” Here’s a bit of what I said at that point:

[I apologize for my use of the potentially offensive term homosexuality; I was still learning and have adjusted my vocabulary since then.]

Everywhere I look, I see people who appear to be absolutely certain that they know whether homosexuality is acceptable in God’s sight. I’m talking about fellow Christians—brothers and sisters in Christ who are equally committed to living out his love.

And you know what? They completely disagree with one another. …

The issue is complicated further by its intensely personal nature. Being gay is not a choice; it’s an identity that defines the way a person feels. So if I condemn homosexuality and I’m wrong, then I’ve condemned the identity of countless brothers and sisters—for nothing! I’d be telling them to deny who God made them to be.

On the other hand, if homosexuality is sin—if it is a result of the fall, displeasing to God and harmful to humans—then how could I condone it, knowing that it will lead these brothers and sisters to their own self-inflicted suffering?

But here’s the thing. I just don’t know. I’ve read the likes of Vines and Sprinkle and many others; I’ve studied the Bible thoroughly on the matter, examining context and keeping God’s love at the forefront; I’ve tried as best as I know how to put myself in the place of others and interact with those who disagree; I’ve heard many really good (and really bad) arguments on both sides; and I just don’t know what the truth is. …

I choose to support gays because if I must err, I would rather err on the side of love. This does not mean I affirm that homosexuality is pleasing to God. I have to be honest and say that I don’t know whether it is or not.

Over the course of the next year, I moved from this place of uncertain “support,” to a place of full affirmation. And today, I can’t imagine ever going back. But the thing is, at the moment when I first made the switch to fully affirm my LGBTQ friends, I still wasn’t 100% certain about it. I still had lingering doubts. But I realized that I was causing much greater harm by withholding my affirmation than what I risked by becoming affirming.

Worst-case scenario, if I was wrong and if LGBTQ relationships actually were sinful, then I was at least certain about God’s grace. Surely, God would pardon those who sincerely believed that their actions were pleasing to him. Surely, God would understand how hard it was for them—understand that they didn’t choose this—and respond to them in grace and love. God would clear up all the confusion one day, and I’d just trust him to sort it out with them then.

However, real people are being hurt right here and now as a direct consequence of our withheld affirmation. Parents are disowning their children. Hate crimes and even murders are being committed against the LGBTQ community. People are leaving the faith because churches will not welcome them. And many are taking their own lives because they just don’t know what else to do. They need hope. They need support. They need love. And they need affirmation.

Being affirmed for who we are is one of our most basic needs as humans. Yes—it absolutely is a need! And withholding that affirmation causes incredible harm. So how could I continue harming the very people I was supposed to be loving? I couldn’t. I had to make the decision and affirm them.

But you know what? Once I did give my full affirmation, those remaining doubts just started to disappear. All the arguments against affirmation, which once seemed so compelling, simply didn’t make sense any more. I was able to see them for what they really are—desperate attempts to maintain an antiquated idea of morality that God never endorsed.

There is no longer even the slightest doubt in my mind that God is pleased with loving LGBTQ relationships. And I don’t think I could have ever achieved this level of assurance through intellectual arguments alone. I had to actually live out affirmation before I could truly be sure of it at the deepest level.

So my challenge to you, if you are on the fence about this, is to simply start affirming your LGBTQ friends. Just make the switch, and see what happens. I’m not asking you to say anything you don’t really mean, but as much as you can, start living out affirmation right now.

And as soon as you possibly can, say the words, “I affirm you.”

June 15, 2017
Can You Love LGBTQ People while Condemning Their Relationships?
Next Post 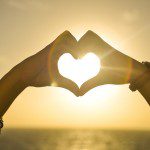