Can You Love LGBTQ People while Condemning Their Relationships?

Jesus commanded his followers to love all people at all times without exceptions. Love is supposed to be what distinguishes us as Jesus’ disciples. This is a baseline mark of Christianity that all Christians of all stripes should be able to agree on.

But for some reason, the actual practicing of love has become a source of contention within Christianity. And this struggle with love is perhaps most evident in the response of Christians to the LGBTQ community.

On the one hand, an ever-increasing number of Christians have come to the realization that God does not condemn same-sex relationships in any way, and we are thus free to fully affirm our LGBTQ friends.

On the other hand, many Christians remain bound to the conservative traditions they were raised with, and continue to believe that God disapproves of anything but one man with one woman. Yet most of them still recognize that they are called to love their LGBTQ neighbors.

But is that even possible? Can people truly love their LGBTQ friends while condemning their relationships?

I should clarify, before going any further, that “love” is not so much a warm feeling of affection as it is an action. We love others by actively seeking their good, and by actively opposing that which causes harm. So let’s do away with the nonsense idea that we can say or do hurtful things, as long as we maintain some sort of emotion that we call “love.” It doesn’t work that way.

That being said, I should admit right now that I’m not actually going to tell you whether you can love LGBTQ people while condemning their relationships. Why? Because I know full well that if I were to simply say that, it wouldn’t do a bit of good. This conversation won’t be productive until both sides stop yelling at each other.

Instead, I would like to offer an analogy, use it to ask some questions and bring up some talking points, and let you decide for yourself how best to proceed. I am going to spend a little time setting up this analogy; I think it will be worth it, so bear with me.

Let me tell you a story

I attended Bob Jones University from 2006 to 2010. In 2008, they finally offered an official apology for their long-standing discriminatory policy of not allowing interracial dating or marriage:

For almost two centuries American Christianity, including BJU in its early stages, was characterized by the segregationist ethos of American culture. Consequently, for far too long, we allowed institutional policies regarding race to be shaped more directly by that ethos than by the principles and precepts of the Scriptures. We conformed to the culture rather than providing a clear Christian counterpoint to it.

In so doing, we failed to accurately represent the Lord and to fulfill the commandment to love others as ourselves. For these failures we are profoundly sorry. Though no known antagonism toward minorities or expressions of racism on a personal level have ever been tolerated on our campus, we allowed institutional policies to remain in place that were racially hurtful.

When they referenced BJU’s “early stages,” they really meant the first 90% of their existence up to that point. Founded in 1927, BJU did not admit any black students until 1971. And their policy against interracial dating remained in place until 2000, when it was finally overturned after media uproar following George W. Bush’s visit to the university.

In 2014, after Steve Pettit became the university’s fifth president, BJU decided to clear things up once and for all in order to re-apply for tax-exempt status. “The Bible is very clear,” Pettit then said, “We are made of one blood.” But despite how “clear” the Bible may be, it did nothing to prevent the racist history of my Bible-thumping alma mater.

A 1960 sermon from the university’s founder and first president, Dr. Bob Jones Sr., presents a very different understanding of the Bible’s “clear” teaching on race. This sermon became a booklet, and it remained the university’s official “position paper” on race until at least 1986. Here’s a little sampling of what it said:

Paul said that God “. . . hath made of one blood all nations of men . . . .” But He also fixed the bounds of their habitation. When nations break out of their boundaries and begin to do things contrary to the purpose of God and the directive will of God, they have trouble. The world is in turmoil today because men and nations go contrary to the clear teaching of the Word of God. …

Now, what is the matter? There is an effort today to disturb the established order. Wait a minute. Listen, I am talking straight to you. White folks and colored folks, you listen to me. You cannot run over God’s plan and God’s established order without having trouble. God never meant to have one race. It was not His purpose at all. …

These religious liberals are the worst infidels in many ways in the country; and some of them are filling pulpits down South. They do not believe the Bible any longer; so it does not do any good to quote it to them. They have gone over to modernism, and they are leading the white people astray at the same time; and they are leading colored Christians astray. But every good, substantial, Bible-believing, intelligent, orthodox Christian can read the Word of God and know that what is happening in the South now is not of God. …

How did it make you feel, learning of BJU’s racist history and reading the above excerpts? Is your blood boiling yet? It’s truly hard for me to wrap my mind around the fact that any people—let alone Christians—could have acted so cruelly for so long, and all with the pretense of serving God!

And BJU was hardly alone in this. Their voice may have been one of the loudest, and they may have been among the last to finally relent, but their views represented the majority of conservative Christianity only a few decades ago.

But have such things really changed at all? We’re working through different issues in our day, but are our responses all that different?

Let’s pull out a few key facts to consider:

I’m guessing you can probably see where I’m going with this by now, but let’s go ahead and spell out the parallels.

So I’ll go ahead ask again. Given what history has shown us, and given the undeniable harm that it causes, do you think you can love LGBTQ people while condemning their relationships? 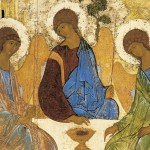 June 6, 2017
Transformative Love (The Beautiful Gospel of WHEAT)
Next Post 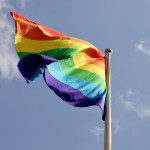 June 20, 2017 A Challenge to Those on the Fence about LGBTQ Affirmation
Recent Comments
193 Comments | Leave a Comment
"Do you really think we've seen that masks prevented anything? And clearly the vaccine doesn't ..."
Jesse H It Isn’t Scapegoating if You’re Guilty
"Masks and vaccines save lives? You are aware now that Pfizer admitted they had done ..."
Jesse H It Isn’t Scapegoating if You’re Guilty
"Good! I absolutely do not want conspiracy-theorist liars following me. Please stay far, far away. ..."
Chuck McKnight How Much Has Changed
"The only people killed in the 'insurrection' were killed by the government police. I don't ..."
Jean Clink How Much Has Changed
Browse Our Archives
Related posts from Hippie Heretic