I ended the previous post on polyamory in the church with a teaser for what was going to be the next post, but I’m going to push that one back in order to first address a different matter that has come up.

I asked some questions about why those who affirm the LGBTQ community aren’t also speaking out in affirmation of polyamory. Based on some comments I’ve read, my words seem to have implied that I saw the two as being more or less the same. This was a failure on my part to communicate clearly, and I unreservedly apologize to the LGBTQ community for any hurt or confusion my words may have caused.

Being LGBTQ does not mean that one is also poly. And being affirming of the LGBTQ community does not mean that one is also affirming of polyamory. Additionally, I am not suggesting that polyamory should be lumped in as a part of LGBTQ. (As a white cis-hetero male, I don’t think it’s my place to voice an opinion on this question, so I will leave it for others to decide.)

The point I was trying to make is this. Progressive churches have tended to make a name for themselves as being open, affirming, and welcoming of all people. And I think this is wonderful! However, when it comes down to it, the same hospitality that many of these churches extend to queer people is often not extended to polyamorous people. And what makes it worse is when they don’t speak openly about this, allowing poly people to assume they are in a safe space, only to suddenly find out that the church is not as welcoming as it pretended to be.

Furthermore, while it’s entirely wrong and hurtful to assume that someone is automatically poly because they are queer, it is nonetheless true that some queer individuals are also poly. And some of them consider their polyamory to be a part of their queerness. I would not intentionally equate the two as being the same thing, but I would also not want to negate the experience of those individuals for whom queerness and polyamory overlap.

The other part of my previous article that caused some confusion was where I referred to polyamory as a “relational orientation.” The thing is, experts are still debating over whether polyamory is an orientation or a choice. But while the debate continues, my working principle is to never negate another’s experience.

Some of my poly friends describe polyamory as something they chose to enter into. Others describe it as something that has always been a part of them. I refuse to negate the experience of either. My personal belief is thus that some people are inherently drawn to monogamy, and would not do well in a polyamorous relationship; others are inherently drawn to polyamory, and would not do well in a monogamous relationship; and others are somewhere on the spectrum between those points, and could potentially do well in either kind of relationship. (And of course there are others still, such as those who are drawn to singleness.)

I hope I’ve done a better job of communicating clearly this time. Assuming so, we’ll get back on track to discuss some misconceptions about polyamory in the next post. 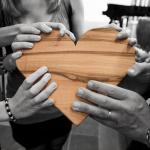 August 31, 2017
It's Time for the Church to Talk About Polyamory
Next Post 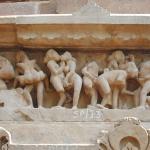 September 11, 2017 What Polyamory Is Not
Recent Comments
11 Comments | Leave a Comment
Browse Our Archives
Related posts from Hippie Heretic