Polygamy and the Problem of Patriarchy

Some of the most notable biblical heroes of the faith were polygamous, and the Old Testament never once condemns them for it. (We’ll consider New Testament texts in another post.) Polygamy is simply there throughout the text, accepted without question as a legitimate model for marriage. Without polygamy, we wouldn’t have the twelve tribes of Israel. The law of levirate marriage (found in Deuteronomy 25:5–6) actually commands polygamy in cases where the oldest surviving brother is already married. And parts of the Old Testament even portray God as polygamous, specifically describing his multiple wives.

But as soon as I point all this out, without fail, the defenders of the so-called “biblical view of marriage” resort to the only comeback available in the face of such overwhelming scriptural evidence—they appeal to the problems apparent in the Bible’s examples of polygamous marriages. Surely, they argue, there is an implicit critique to be found if we read between the lines. Even though the Bible may not condemn polygamy outright, they claim, it nonetheless demonstrates how unworkable this model actually is.

I won’t deny that many of these marriages had their fair share of problems. But correlation does not equal causation. And we would be jumping to conclusions to say that polygamy itself was the source of contention.

Let’s not forget that monogamous marriages in the Bible had their fair share of problems as well. For example, it would be equally baseless to claim that monogamy was the reason for Adam and Eve’s problems in their marriage and with their children.1 Yes, they are depicted as monogamous, and yes, they had problems, but it does not logically follow that monogamy was the source of their problems.

Likewise, yes, many of the polygamous marriages in the Bible had problems, but it does not logically follow that polygamy was the source of their problems. Rather, as I will demonstrate in detail, the most likely culprit behind the problems in these marriages is not polygamy, but patriarchy.

Patriarchy in the Bible

Biblical scholar Michael Coogan, in his book, God and Sex: What the Bible Really Says, explains, “In the biblical world, as in antiquity more generally (and in some respects today as well), society was overwhelmingly patriarchal. The basic unit was the ‘house of the father,’ an extended nuclear family over which the patriarch presided.”

He goes on describe some of what this meant.

Within this patriarchal framework, women—daughters, wives, mothers, sisters—were subordinates, … Not only were women subordinates in the family structure, they were also considered essentially inferior. …

Husbands and fathers had virtually absolute control over their wives and daughters. Sarah refers to her husband as her “lord,” and later Abraham is referred to as her “master.” Both of these terms are indicative of the status of the wife: she was under her husband’s rule, she was his property, like the donkey that knows its master’s feeding trough; the word “master” is frequently used for ownership in the laws concerning property. …

As subordinates, women were subject to their fathers and husbands in all sorts of ways. For example, a religious vow made by a woman was null and void when either her father (if she was unmarried) or her husband disapproved of the vow. (pp. 22–25, Kindle edition)

The control of the patriarch was so absolute that he even had the biblically sanctioned option to sell his daughter into slavery, as Exodus 21:7–11 teaches.

This woman was sold by her father as a slave wife. She was her father’s property; now she belongs to her new owner, who may, if he chooses, give her instead to his son. There are restrictions on what the new owner may do, and if he does not treat her fairly, she is free to return to her father’s house, without her father having to return the buyer’s payment. But essentially the woman is entirely subject to the men in her life, who have the legal right to dispose of her as they wish. (pp. 25–26)

Furthermore, Koogan argues, it wasn’t much better for women who weren’t slaves.

For a woman, marriage was not all that different from being sold as a slave wife. A daughter was given to a prospective husband in return for a bride-price paid to her father. … Until she was married, the daughter was her father’s property—her reproductive role was under his control. A man who seduced her had to marry her—or, if the father was unwilling to have her marry such a scoundrel, he still had to pay the father the full bride-price for virgins as restitution for his damaged property, his daughter now no longer a virgin. (pp. 26)

It is firmly within this patriarchal framework that we must understand the polygamy of the Bible. More precisely, it is polygyny (the marriage of one man to multiple women) but never polyandry (the marriage of one woman to multiple men) that is to be found within scripture. So even my using the broader umbrella term of polygamy risks making these scriptural examples sound less oppressive than they really were.

Lest there be any confusion, I want to be crystal clear about what I am not saying. I am not saying that we should affirm such patriarchy because it is in the Bible. Quite the contrary, I’m pointing out the fact that the Bible cannot always be taken as a reliable guide for Christian morality. Many of the Bible’s endorsements and commands are so heavily influenced by the patriarchy of its day that our only legitimate response as faithful Christians must be to reject them entirely.

That said, for those Christians who are committed to the idea of forming their view of marriage from the pages of scripture, they are forced to grapple with the fact of scripture’s implicit endorsement of polygamy. And while they may try to point to the problems of polygamy, I’m going to demonstrate that patriarchy is the problem here, not polygamy itself.

Here are five key distinctions between the two:

While scripture offers no rebuke to the idea of polygamy in general, the specific examples found therein are cases of patriarchal polygamy. And I contend that this patriarchal treatment of women was the primary source of their marital problems. To demonstrate this, we will take a closer look at some of scripture’s most prominent polygamous families and the problems they experienced.

Over the next few posts, I’ll examine the marriages of Abram, Jacob, David, and Solomon.

1For the sake of this discussion, when I speak of Adam and Eve or of any other biblical people, I am considering their characters in the canon of scripture as we have it today. I am not claiming that their canonical depictions are historically accurate. 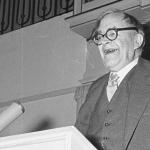 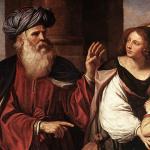