What Polyamory Is Not

As we continue our conversation on polyamory and the church, it will be important to understand exactly what is meant by “polyamory.” The basic concept is simple enough. Polyamory means loving more than one individual at a time. But people tend to make a lot of wrong assumptions about this concept. Since there are so many misconceptions surrounding it, I thought it might be helpful to define polyamory against what it is not.

Polyamory is not about sex.

I’m starting with this one because it has been the most common accusation I’ve received since starting this series. “You just want to justify having sex with other people!” But that simply isn’t the point of polyamory.

This being said, in such a relationship, sex may be one of many wonderful ways to express that love and intimacy. And I don’t feel the need to “justify” sex. Sex is inherently good. It is also very powerful, and we certainly need to be careful in our sexual ethics (a topic which I’ll address in the next post). But I reject the view that sex is some sort of a taboo, to be avoided in all but the most specific scenarios—namely, a heterosexual monogamous marriage.

Yet for some polyamorous people, sex is not involved at all. This may be the case if they are asexual, or it may simply not be the kind of polyamory they desire. Sometimes, intimate but non-sexual relationships are all they’re looking for.

Polyamory is not swinging.

See above. Swinging is all about having recreational sex without necessarily having a relationship. But polyamory is a relationship that might or might not include sex. Some polyamorous individuals may also be swingers or may at times engage in swinging. But polyamory and swinging are two distinct categories, and we shouldn’t automatically assume that polyamory means swinging. It usually does not.

Polyamory is not infidelity or cheating.

If individuals are in a committed, exclusive relationship together, and one of them breaks that commitment to be with someone else, then that is not polyamory—that is cheating. In polyamory, all involved partners should be in mutual agreement about any expectations. Polyamory involves no less commitment than monogamy; it just looks a little different.

The specifics of polyamorous commitments may vary from one another, and the key is communicating well enough to understand what each given commitment should look like. But whatever those commitments may be, if they are violated, then that is infidelity. It’s still cheating even though it was within a polyamorous relationship.

Polyamory is not adultery.

Adultery has sometimes been understood as any sexual activity outside of marriage. I would argue that this is an overly limited definition, particularly if we are speaking of the biblical concept of adultery. This is a topic that I will return to in greater depth later, but for now, I’m going to define adultery as the violation of a covenantal relationship.

Therefore, if one is within the covenantal relationship of an exclusive monogamous marriage—wherein both partners have agreed to abstain from any outside sexual activity—then yes, such activity would indeed be adultery. However, polyamorous relationships are not the same as monogamous relationships. While a covenantal aspect may be involved, a polyamorous covenant is going to have different terms that may or may not preclude all outside sexual activity. But whatever those terms may be, the violation thereof would still be adultery.

Polyamory is not homogeneous.

I’ve alluded already to how polyamorous commitments can vary from one another. Polyamory can actually take many different forms. I will not attempt to cover them all, but I will try to give a brief (and perhaps oversimplified) outline of a few of them.

For some poly people, their partners are also each other’s partners. Such a relationship is often called a “triad” (or “throuple”) or a “quad,” based on the number of mutual partners involved. If it is a long-term exclusive relationship, it might be referred to as “polyfidelity” or a “closed group marriage.”

Sometimes one partnership will be central, such as a husband and wife who have additional partners. This is often referred to as “hierarchical” polyamory, but I don’t really care for that term myself, as it implies certain power dynamics that are not necessarily present. For example, it might include the right of “veto” power over other potential partners, but it doesn’t always.

The person with whom one is in such a central relationship is sometimes referred to as the “primary,” “anchor,” or “nesting” partner (with some shades of nuance between those terms). When there is no such central relationship, it might be referred to as “non-hierarchical” or “egalitarian” polyamory. “Relationship anarchy” is another term closely related to this, but while it overlaps with polyamory, it can also be distinct from it.

I think that covers enough potential variations for now. Suffice it to say that every polyamorous relationship is its own, and it may be entirely different from any other. Furthermore, most of the terms are debated, and some people mean different things by them than others. So it’s best to never make assumptions. Instead, talk to those involved and learn how their specific relationship(s) work.

Polyamory is not the same as polygamy.

This is especially important to clarify in the context of Christianity, due to the abundance of polygamy found in the Bible, as well as the complicated history the church has had therewith.

However, for the majority of human history (and within the Bible in particular), polygamy has tended to be carried out as a distinctly patriarchal form of polygyny. Far from love and mutuality, it has often meant that one man essentially owns multiple women as his property. This is not polyamory. And I’ll be discussing polygamy and patriarchy in greater detail later.

We’ve covered a lot of ground here, and hopefully we’ve managed to establish what it is we’re referring to as “polyamory” (contrasted to all these things that aren’t polyamory). With this understanding in place, we’re ready to start looking at polyamory from a distinctly Christian perspective.

While I’ve made it clear that polyamory is not about sex, the included element of sex has nonetheless been the primary objection to polyamory that many Christians have voiced. So in the next post, I plan to discuss a Christian ethic for sexuality, and consider how that ethic applies to polyamory. 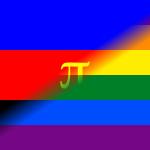 September 5, 2017
Conflating Polyamory, the LGBTQ Community, and Orientation
Next Post 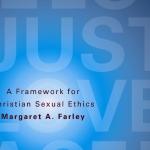 September 20, 2017 Christian Sexual Ethics and Polyamory
Recent Comments
77 Comments | Leave a Comment
"I will continue to refer to God with male pronouns because that is what Jesus ..."
The Latin Right On the Gender of God & ..."
"We need to remember that the original texts that are the base of Christianity used ..."
Kyllein MacKellerann On the Gender of God & ..."
"In the vein of the Jesus Seminar? What a high compliment! Thank you!"
Chuck McKnight The Beautiful Gospel of WHEAT (Not ..."
"Like a thought just a wolf in sheep skin. You are redefining salvation and then ..."
Marty Broaddus The Beautiful Gospel of WHEAT (Not ..."
Browse Our Archives
Related posts from Hippie Heretic