Thinking About Good & Evil (With the Mob in Las Vegas)

I appreciated the irony of previewing the upcoming episode of The Story of God with Morgan Freeman while in Las Vegas. Sin City seemed like an appropriate place to watch a program about evil.

That’s not fair to Las Vegas, of course, for this city of bright lights and bling is hardly evil. But during my weekend in Las Vegas there were a couple of times when the themes of the episode resonated.

The first came when I spied a sign amid the billboards for casinos, half-price divorce lawyers, and Vegas entertainers: “Sinners Beware: God Knows!”

The sign made me think of the part of the episode that focuses on a psychologist who studies morality in children. As any parent realizes, he’s found that kids behave better when they think they’re being watched. The researcher theorizes that this is why religious people tend to have lower rates of anti-social behavior than non-religious ones. They know they’d better not cheat on their taxes or commit adultery, because even if the IRS or their spouses won’t find out, God will.

Being moral just because you’re worried about Big Daddy, however, doesn’t indicate a very advanced stage of spiritual development. And while it may keep you out of a Vegas strip club, it doesn’t really relate that much to the existence of the really bad stuff: evil.

Which brings me to another of my Las Vegas experiences: a visit to the fascinating Mob Museum. Located in a former courthouse where a famous series of U.S. Senate hearings on organized crime were held in the 1950s, the museum traces the development of organized crime in America and the efforts of law enforcement to combat it.

The museum’s opening exhibits describe how crime is often rooted in poverty and oppression. In the nineteenth century, for example, Irish and Italian immigrants dominated organized crime in part because these ethnic groups often lacked economic opportunities and experienced discrimination.

But the museum also shows how evil takes root and flourishes given such an opening. The allure of easy money changed petty thieves into ruthless criminals. Tentacles of corruption and violence spread across the country, entangling the weak and hurting the innocent.

The Mob Museum reinforced for me the fact that most evil is not done by sociopaths, but rather by people who know right from wrong but who willingly wander into darkness. We shouldn’t feel too superior about their choices, either, because under the right circumstances, many of us might make similar decisions.

As I looked at the photos of mobsters with their families, I was struck by how ordinary they seemed. They could be neighbors down the block, dads with kids on Little League teams. In fact, many of them were good parents to their own children, all the while exploiting the children of other parents with no mercy. We humans are very good at rationalizing our bad behavior, after all.

In the end, what was most interesting to me about the museum was how well it showed the seductiveness of evil. And maybe this is why most religions take the concept of evil so seriously. Their precepts are not so much a talisman against evil, as a reminder that darkness exists in all of our hearts. 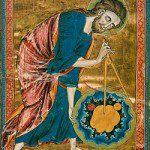 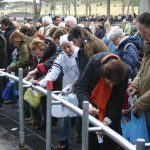 May 3, 2016 Seeking Miracles, Near and Far
Recent Comments
0 | Leave a Comment
Browse Our Archives
get the latest from
Holy Rover
Sign up for our newsletter
POPULAR AT PATHEOS New Visions
1

6 Spiritual Lessons Our Cats Can...
Wake Up Call
Related posts from Holy Rover