Richard Rohr says that the two primary paths to spiritual transformation are great love and great suffering. Everyone prefers the first, of course, but the second can bring surprising gifts as well.

Susan Bailey’s River of Grace: Creative Passages Through Difficult Times tells of her spiritual journey after the deaths of her parents, the loss of her singing voice, and financial difficulties. During this time, she found solace and inspiration in kayaking the rivers near her home in Massachusetts. Her experiences while gliding along these waterways becomes the central metaphor for this lovely book about finding grace in hard times. 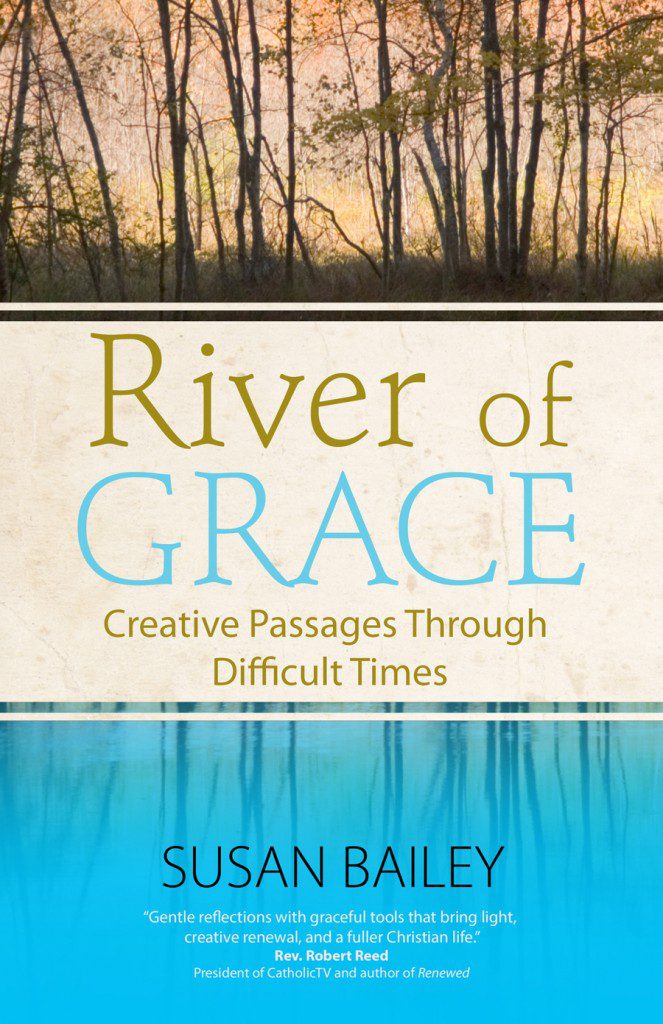 You may know Susan through her blog Louisa May Alcott Is My Passion. She’s also a recording artist, speaker, and frequent contributor to Catholic publications.

I’ve never met Susan in person, but I feel I know her through her insightful comments on this blog as well as her earlier book, a volume of meditations on Alcott’s work, which I wrote about here.  I was pleased to learn more about her by reading her latest book. She writes with candor about her struggles, inviting readers to reflect on their own lives and difficulties.

“Kayaking acted as a catalyst, opening my mind to something that God wanted to reveal to me,” she writes. “The current, I realized, was grace. Grace had always been there, but I had never before acknowledged it. Sometimes the flow of grace was gentle yet persistent, while at other times it swirled with great power as it carried me through difficult times over waterfalls and through chaotic whirlpools. Even when I was swept under by this river of grace, I was protected and changed.”

Susan’s Catholic faith deeply infuses the book, but you don’t have to share that faith in order to benefit from reading it. It speaks especially to those who are recovering from a loss of some kind.

“I have learned to leave a good portion of  my life behind, separating from people and parts of myself I once thought vital to my being,” she writes. “I’ve discovered joy for the first time even in the midst of sorrow. And an exhilarating rebirth of creativity has taken place. I’ve lost much, but gained so much in the process. Gratitude is replacing bitterness; it is fueling that joy.”

Each chapter of the book includes what Susan calls a Flow Lesson, which gives suggestions for how readers can deepen their own spiritual explorations. I’ve read a lot of these prompts over the years, and I think Susan does a wonderful job of making them fresh and creative. Some are rituals, while others are art projects or visualization exercises.

You can see these Flow Lessons on Susan’s blog Be As One. Here’s one on dealing with seemingly intractable problems, for example: Flow Lesson: Resistance. Who knew furniture could play a role in a spiritual exercise?

“One of the gifts that can come through loss is an exceptional perception: we often notice things that others don’t,” writes Susan in River of Grace.

Thanks to Susan Bailey, we can begin to notice some of the gifts that come from loss as well. 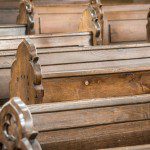 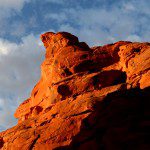 May 24, 2016 With the Red Rock Groupies in Sedona
Recent Comments
0 | Leave a Comment
"I love this blog, thank you so much for sharing with the world. Not long ..."
Elizabeth Gelhard At Machu Picchu, Where the Veil ..."
"thanks for the blog, it was very nice, i recommend this guide https://bit.ly/2ZzGYam"
giol At Machu Picchu, Where the Veil ..."
"Hi Bridie, Thanks for the kind words! And yes, feel free to use the images ..."
Lori Erickson Our Lady of Guadalupe, At Last
"Hi, a lovely piece , Our Parish priest has been telling us all about the ..."
Bridie Drain Our Lady of Guadalupe, At Last
Browse Our Archives
Related posts from Holy Rover