Recipes for a Sacred Life 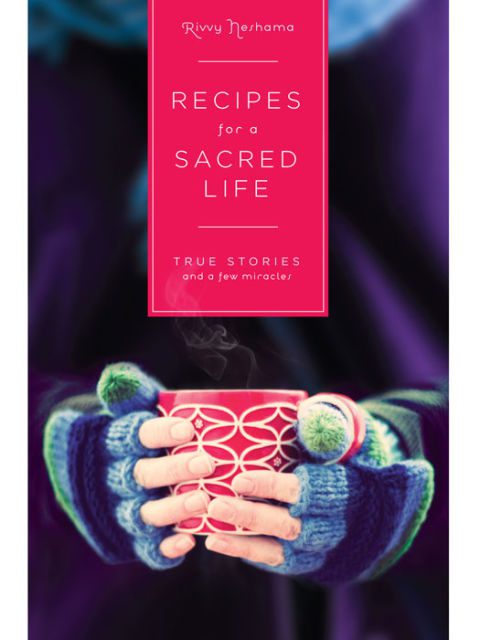 After I finish a spiritual memoir, I want to turn the last page and think, “Now this is a person I’d like to meet for coffee.”

That’s the sense I had with Rivvy Neshama’s Recipes for a Sacred Life: True Stories and a Few Miracles. After reading her book of reflections, I feel like we’d have a lot to talk about.

Rivvy is a writer who’s wandered down a lot of spiritual paths (like someone else I know, ahem). Raised Jewish, she’s been especially influenced by, in her words, “Eastern and Western religions, Native traditions, and her mom.” Also like me, she’s had a career that’s included freelancing for various magazines, and so I feel kinship with her on that account as well.

Her book is a series of essays reflecting on various aspects of the sacred in everyday life. “So here they are,” she writes, “my recipes for a sacred life: some from family and friends, some from teachers and writers, some made up along the way.” Her style is chatty, accessible, and both-heartfelt-and-not-too-serious (again, I hope this is something we have in common).

While Rivvy writes eloquently about what she’s learned from a variety of traditions, I think her most powerful stories spring from her Jewish heritage.

She tells, for example, of a Rosh Hashanah that she celebrated in Salzburg, Austria. Her husband was going there on business and when he suggested she go along, she agreed, planning to find a temple there in which to celebrate the Jewish New Year.

But in her search for one, she learned that the city’s past has included periods of virulent anti-Semitism, especially during the Middle Ages and the Third Reich. What had once been a large and vibrant Jewish community has been reduced to only about 100 people.

“I now felt a responsibility to attend Salzburg’s only remaining synagogue in solidarity,” she writes. “But I also felt a growing aversion and no longer wanted to go. I wondered how it would feel on a Jewish Day of Awe to be in a city once proud to declare itself judenfrei, free of Jews. I worried that I wouldn’t open my heart in forgiveness at a time when we’re asked to forgive.”

Her rabbi in her home of Boulder, Colorado, told her this: Try to look at the people you meet in Salzburg without preconceptions. See them as real, as human; see the good and the bad.

Rivvy took his advice. And when she entered the synagogue in Salzburg (past the policemen who were guarding it, since another synagogue in Austria had recently been bombed), she was enveloped in a warm community who sang the same Hebrew prayers she’d sung as a child, the same ones chanted by Jews for thousands of years.

Afterwards, she hiked up the town’s small mountain (remember that scene in The Sound of Music?). On the way she passed by a couple of people. The first mistook her for a native of Austria–she was amazed that he thought “this dark-eyed Jewess was one of them.” The other was a white-haired man, a native of Salzburg, who walked with her side-by-side for part of the way, chatting in excellent English.

“I sensed his goodness, and he felt familiar,” she writes, and left unspoken is the realization that this man had likely begun his life during the dark days of Nazism.

At the top of the mountain, Rivvy did her rites of forgiveness for Rosh Hashanah, coming to a feeling of peace in that place that had seen such tragedy and violence.

This story is a good indication of what you’ll find in her book . . . short stories, simply told, but with messages that make you think.

Back in the days when I would get stoned, I liked to get stoned with Norma and David. Norma would bake these amazing chocolate prune cakes, which we’d consume in two minutes once we were high. And David, now and then, would utter something profound. Of course, when I was stoned, everything seemed profound. “It’s raining out,” someone would say, and I’d go, “Wow!”

Well, one stoned night, David proclaimed that everyone in their lifetime gets the same amount of pain, but some people get it in one lump sum, while others get fragments spread out through their years. “Wow!” I said. “That’s profound.”

And then she tells of the anxiety and panic attacks that crippled her for years, and the reader realizes that underneath her stories is a hard-won wisdom that was formed in part from pain.

Is that true, do you think? The bit about everyone gets the same amount of pain? I don’t think so, actually, as I know people who’ve had far more than their fair share. But I also know that often people’s pain isn’t visible, but is there beneath the surface, all the more damaging for being hidden.

Recipes for a Sacred Life is a book that got me thinking about such things, for being in Rivvy’s company helps one contemplate the deeper questions of existence. Whether she’s drawing inspiration from the Dalai Lama, her mom, or her Polish neighbor on Long Island, her reflections invite us to find our own recipes for the sacred.

Short of sitting in a coffee shop with Rivvy, reading her book is the next best thing. 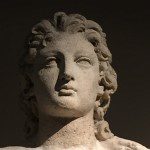 August 22, 2016
With the God Mithras at Carnuntum
Next Post 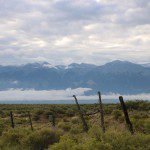 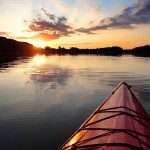 Why (as a Naturalist) I Pray
by James Jarrett Meditation builds the energy and opens possibilities. But the...
view all New Visions blogs
What Are Your Thoughts?leave a comment
Copyright 2008-2021, Patheos. All rights reserved.
Close Ad