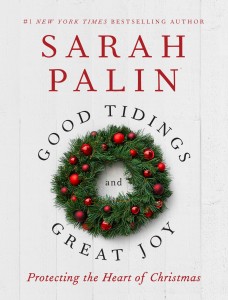 I finished your book, Good Tidings and Great Joy: Protecting the Heart of Christmas, last week, and I haven’t been able to stop thinking about it ever since.  I keep fantasizing about having coffee with you to talk about the book.  I want to understand parts of your book I found confusing.  I want to tell you how much I appreciated parts of the book.  And I want to tell you how disturbing I found some of it. If you find yourself in my neck of the woods – in Cambridge, Massachusetts – I hope you’ll stop by.  Our door is always open and the coffee is always on.

But I don’t imagine that will happen in the near future, so I’m gonna try to lay out some of my thoughts here.  If nothing else, maybe I’ll be able to stop thinking about your book and start planning Christmas dinner.

Yup, I love Christmas.  And, like you, I love Jesus – which is why I’m grateful you wrote a book about how meaningful Christmas is to you. I especially liked your telling of the gospel story, and how that story has sustained you through difficult times.  It has me as well.

One of the things that was hard for me as I read the book was that I was never sure to whom it was written.  You often used the word we, and I wasn’t clear if that we included me. I’m a Christian, but my family doesn’t buy gifts for Christmas and has always told our children that Santa is not real.  I am a patriotic American, but our politics do not often line up.  I don’t think that the public square should be scrubbed of all religion, but I have no desire to mix Rudolph in with the nativity scene on city hall plaza.

It often felt to me like the we  you refer to in the book are politically conservative, Evangelical Christians.  Which I guess makes me a them.  But the person you write about in your book, an angry, illogical, sourpuss of an atheist, doesn’t describe me either.   In fact, the atheist you describe is so caricatured that it doesn’t describe anyone I know.

And that’s the crux of my critique with the book.  There are plenty of angry people who will never be convinced of anything.  But most people who disagree with us do so from a place of good faith.  I may think their arguments unreasonable, but I rarely find them to be on a mission to destroy my way of life.

Our family home schools now, but before that we attended the local public school, a bi-lingual, Spanish-Engish school that celebrated different Latino holidays from around the world. Two incidents from our time in that school, I think, may help to illustrate my concerns with the arguments in the book.

On my way to celebrate Epiphany with friends six years ago, I told our sons the story of the wise men coming from the East to bring gifts to the young Jesus.

“Oh yeah, I know about that!” five-year-old Zach exclaimed from the back seat.

“Yup.  We’ve read this story in the Bible,” I replied.

“No.  We got presents from the kings today in school.”

Three Kings Day is a day that many people in Spanish-speaking countries celebrate to remember when the wise men brought their gifts to Jesus. In some ways, the three kings are a Latino version of Santa Clause, where children leave out hay and apples for the camels, and the kings leave gifts behind.

I was surprise that Zach would believe in this story.  “You know that the wise men lived two thousand years ago, buddy.  How could they have brought you presents today?”

“They didn’t bring them today.  We left out hay for the camels yesterday, and the kings came on their camels last night.  The camels ate the hay and the kings left us candy and gifts.”

Jeff and I tried, unsuccessfully, to convince Zach that the three kings could not have come and brought him gifts.  But he loved and trusted his teacher.  And he had the gifts to prove us wrong.

The next year, I tried to head off any surprise by explaining to the teacher that we would like some advance warning when religious topics were going to be discussed or religious holidays celebrated.  Two months later, I walked into Zach’s classroom and was startled when I saw the agenda for the day.  I went to talk to the teacher.

“I see you’re doing Day of the Dead today.”

Day of the Dead, celebrated on October 31st, is a primarily Mexican holiday where family and friends gather to remember and pray for the deceased.  They make altars and offer up sugar skulls, marigolds, and favorite foods.  Zach’s teacher assured me that the classroom celebration was nothing that would bother me.

“Oh.  Because I saw that you are going to make altars to your ancestors.”

You write often in your book that the people who want to remove Christmas scenes from the public square are doing so because they are offended.  And perhaps some of them are.  But if my experience is anything like theirs, it’s not offense that motivates them.

I loved Zach’s teacher.  She was wonderful with both of my boys.  And she was bright, and hardworking, and kind. There was nothing about her or her actions that I found offensive. Still, I found it absurd to claim that  building an altar to honor one’s ancestor is not religious. What definition of altar is devoid of a religious or spiritual association?

How should I have reacted in that scenario?  Should I have pitched a fit and gone to the school board demanding that a school whose predominant culture is Latino not celebrate Latino holidays?  Of course not, which is a point you make well in your book.

Reading your book, I got the sense that you believe that the only people who might have a problem with Christmas trees, and menorahs on the city hall lawn, and holiday pageants at school are spiteful or stupid or both.  But maybe they are more like me.  They are concerned when public officials and institutions use their platforms to promote a religious perspective with which they disagree.

For every Christian who thinks it’s no big deal to have kids singing Angels We Have Heard On High at the public school’s “Holiday Concert,” imagine how we might feel if our kids were asked to sing a beautiful Wiccan hymn.  I understand that most people in the audience of most US schools will be more comfortable with the manger than the coven, just like most people at our local public school were okay with the Three Kings and the altars.  But I’m not most people.  I’m one person, trying to raise my kids in my faith.  If you can imagine my discomfort with the altars, you can imagine the Muslim’s discomfort with the nativity scene at City Hall.

Now, I’m not saying my discomfort means that they shouldn’t have had those celebrations at school.  I am saying, though, that I want to be taken seriously.  I’m not out to destroy Latino culture; I’m trying to preserve my own.  I’m not offended by expressions of Latino culture; I’m concerned about the messages my children receive by people whose authority I teach my children to respect.  I’m not interested in waging a “War on Three Kings Day;” I’m interested in finding ways for others to celebrate Three Kings Day in ways that respect my family’s disbelief.

I don’t want them to stop celebrating religious or quasi-religious holidays in school.  And I don’t want them to take the menorah down from city hall.  The false pluralism where we pretend that everyone is the same, which is really another way of saying that everyone is nothing, does nothing to promote community and democracy.  In the case of our school, I just wanted them to send a note home, telling me what they were going to do, and giving me the option of helping my kids process it or opt out of it if we couldn’t make some kind of accommodation.  I want a “messy diversity,” where people bring the best of their thinking and traditions and celebrations to the table, where they celebrate what they have in common, and live with the discomfort and even pain of the places where they don’t.

I don’t feel any need to protect Christmas.  God doesn’t need my protection.  And the truth is that I have more sympathy for the Puritan understanding of Christmas than I do for what most modern Christians do to celebrate the day .

But I do want to protect my ability to celebrate my faith and raise my children as Christians.  Often this means I am going against those Christians who have turned Jesus’ birthday into a reason to spend money on themselves.  And sometimes it means I have to confront my local school about what they are teaching my children.  All of it is hard work.   And it’s work best done not in courtrooms.  That work should happen in the community – at school board meetings, city council forums, church potlucks, and dinner tables.  But it won’t happen if we dismiss those who disagree with us as either stupid or spiteful.

And that’s why I wish you had written your book with well-intentioned dissenters in mind.  Your explanation of the Constitutional support for religious displays on public property, for instance, was thoughtful and, to me anyway, convincing.  And the absurdity you point out in some of the protests against public displays of Christmas are spot on.  I hope that, despite the fact that you didn’t write the book for thoughtful dissenters, some of them will read your book anyway and better understand your perspective.

I pray that you and your beautiful family have a wonderful Christmas tomorrow.  And I hope some day to have the honor of meeting you.  In the meantime, I pray that our country learns better how to welcome everyone into the public square, the messy, beautiful public square that makes our country special. 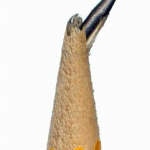 January 2, 2014 A Day In The Life Of Homeschooling: Day 1
Recent Comments
0 | Leave a Comment
Browse Our Archives
get the latest from
Family
Sign up for our newsletter
POPULAR AT PATHEOS Family
1

The 9 Most Common Questions About...
Dave Willis
Related posts from The Homeschool Chronicles