This is a re-post from a couple years ago; for all y’all who are headed off to college in the next few weeks–or maybe just reminiscing about the good ol days–some thoughts on moderation and living life ‘undeclared.’

I started teaching dance when I was 16; I was a student minister/camp counselor 10+ years ago; I have a brother-in-law and sister-in-law who were 6 and 8 when I started dating their big brother–they are now 18 and 20(!).  Every August, Facebook reminds me that many of these “kids” from various venues of my life are incollegenow. I won’t pretend that doesn’t make me feel old. It does. But, more than that, it makes me feel proud that I played a role, however tiny, in the lives of so many gifted and inspired young people. With them in mind, I’m sharing some collegiate wisdom from the other side of the framed degree…

1-Don’t worry about your grades; Note: this is different than not CARING about your grades. But, show up to class. Ask good questions. Write complete sentences, use spell check, and for the love of God, learn to use a comma properly. When you have interesting ideas, say them out loud. The grades will take care of themselves.

2-“undeclared” is a magic word.   Believe your academic advisor when they say that you don’t have to have a major yet. The whole point is to try some different things and see where you fit. And when you finally do have to choose– major in something you love and the rest will fall into place. Most careers will require further training and education anyway. Unless you want to be a doctor or scientist or something equally nerdy and impressive, that future training does not really depend on your undergrad major. Also, majoring in something you love will open doors to other things that you love, and connect you to the other people who love those things…

3– and speaking of sharing things in common…branch out. college can be overwhelming and it is far too easy to stick with the people on your hall, in your greek group, your major…Get out of Gryffindor every now and then. Seek out interesting people who are different from you. One of my best in the world friends went to (a tiny little) college with me for 4 years and lived one hall away, but we did not know each other until about 4 years after graduation. She would have been good for my life much sooner.

Although, timing is everything for relationships. That in mind, you might need to:

4–lose the high school boyfriend/girlfriend. ok, maybe some of these are too rooted in my own experience. However, if you are going away to school and you have a residual bf or gf connection, who is either staying home or going to school in another state, it is just not going to work. Your attachment to them is mostly nostalgia for your youth–that will wear off pretty quickly.  It might come back somewhere around your 10 year reunion, but there’s a looooong space of time in there in which to be miserable with someone. Also– don’t break up with them because there might be someone cuter at college (there will be). Break up with them because you will be too busy (and broke) to spend hours on the phone with them every night. And also because you are about to become a new person (hopefully, so are they)… You do not want to be tied down to the person that 16-year-old you picked out as you become 20-something you. If it is meant to be, the 20-something-yous will find each other later.

5-and speaking of being broke, watch your Credit Card Debt.  Again from experience…I did not run up a ridiculous bill like some of the horror stories you hear on dateline, but I was pretty loose in thinking “ i’ll have a great job when I get out of here, I can pay it off in 6 months.” (that noise you hear is riotous laughter from all the 30-somethings who are reading this along with you). Even though I did not have a crazy-bad bill, it was high enough that, in my first out-of-school job, I could only afford the interest payment every month. And after that was grad school, and you know.. it’s just a vicious cycle. Don’t start. If you can’t pay off the balance every month, don’t use it. Bum free beer from friends who have money, or make friends with creepy hacker burn-outs who live near campus. They will have lots of beer but no friends, so it’s a win-win.

6-and speaking of beer (and other beverages)…Don’t be stupid. Don’t act stupid when you drink it; don’t get in cars with stupid people who drank even more than you. Don’t take pictures of all that stupid, and whatever you do,

8. Eat well. I mean, the campus nurse does not need one more eating disorder to deal with, so do EAT. Just don’t make that midnight Taco Bell run part of a daily routine. Don’t eat dessert every day just because it’s there. (yeah, I still do that, but you’re the freshmen and I’m a grown-up…) Some rules of moderation apply to every other area of life (see #5, #6, #7…), and the dining hall is a great place to start putting them into practice.

9. Abandon worry. It is not productive. This is one of the most stressful times of your life, but it is also the funnest. There is always something to stress over–and ‘worrying it out’ might make you feel like you’re in control–but, if you begin a pattern of anxiety right now, that might be a really hard cycle to break. Kind of like credit card debt. Or junk food addiction. Or bad boyfriends/girlfriends, or a drinking problem, or naked facebook pics.

You get the idea… This balancing act you’re about to learn is an art, not an exact science. (See number 1 again, and repeat.)  You will be fine.

No, you will be more than fine. You will be extraordinary. And that, you can put on Facebook for your mama and all to see…

p.s. would somebody please save this list and give it to my kids in a few years? Because it will still be true, but Lord knows, they will not want to hear it from me… 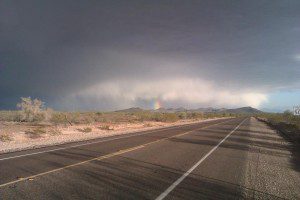 August 8, 2013 Happily Mostly After
Recent Comments
3 Comments | Leave a Comment
"When the United States began, most patriots considered their patriotism in relationship to their home ..."
Caliban Whose Flag Do You Carry?
"All peace and joy on your journey!"
Patrick Along For The Ride
"I'm sorry to hear about your daughter. It's heartbreaking to hear of a parent burying ..."
Cynthia 10 Ways to Care for Someone ..."
""I'm so very sorry/I'm so sorry for your loss," sincerely meant, is actually enough...no religious ..."
J.D. 10 Ways to Care for Someone ..."
Browse Our Archives
Related posts from Irreverin