I have a boy who is almost 3, but he’s been talking like 4 since he was 2. He didn’t get the memo that boys and/or second children do not develop vocabulary as quickly as their female/first child counter parts. I mean, boy likes to chat. At his two year check-up the nurse said, “does he know a) 5-10 words, b)10-20 words, or c) more than 20 words?” My husband and I kind of looked at each other and said, “um…why don’t you ask him?”

For all his articulate advancement, there are certain turns of phrase that he doesn’t quite understand. Kind of like that foreign exchange student you knew in high school who was a better writer and test-taker than you, but didn’t get nuance or figures of speech. “What do you mean, that’s cool? Would you like to borrow my sweater?”

Yeah, ambiguities really don’t fly with little boys. And maybe that’s not so much a development thing as it is a little boy thing…

“Are the cinnamon rolls ready yet?” “Almost.”

In every instance, (especially those related to food), he just cannot accept the ‘maybe’ as my real answer. He doesn’t have a fit, and he doesn’t scream and yell. He just looks at me, perplexed, like I’m speaking some exotic foreign language, and then he asks me again. And again, and again, in his hyper-articulate little posture, until I deliver a clear “YES,” or “NO,” or “NOW.”

So you can imagine how the almost-3-year-old brain–even one with excellent language skills–struggles to process “we are moving. Later. Soon. Eventually.”

Every time we get a box packed up and moved into the garage, there is this little person standing there, asking earnestly, “NOW is it time to go to Kansincity?”  (For the record: “Kansincity,” in his mind, equals the hotel where we stayed on our short visit there. “Kansincity has an elevator!” he shares with all who will listen. “And a pool! And Fruit Loops!”)

Anyway…how do you explain 90 days/ 6 weeks/ 1 month to a small child? When words like ‘soon,’ ‘later,’ and ‘eventually’ are terms from a parallel universe? The vagaries of time are mysterious enough to the supposed grown-ups. What is as small kid supposed to do with, “We will load up the moving van exactly 30(?) days from now, and then we will get in our car and drive for AWHILE, and then we will be ELSEWHERE and then we will live SOMEWHERE, and then… and then we will find the library and the grocery store.”

Luckily, his attention span is as short as his vocabulary is wide. He is easily distracted with toys, books, ice cream… Sure, he will ask me again later. But for now, I can hold him off and deal with my own discomfort brought on by those same words: ‘soon,’ ‘maybe,’ and ‘somewhere.’ Even for supposed grown ups, those are hard words to live by.

And when you’re moving–not just house to house, but into a whole new life place–those words sometimes feel like the only words there are.  Everything in my life right now is a big fat ‘maybe, later, we’ll see.’

Truth is, we all hate ambiguity. We are programmed, culturally and maybe even biologically, to want ANSWERS. Preferably, now.  We cling to present comfort over future uncertainty, any day of the week. Some even cling to present misery over possible growth; because that possible future is unknown. Later. Maybe. Elsewhere.

When I think of all the opportunities I could have easily passed up because my present was comfortable–or because my misery was familiar–I get a little short of breath. I could have missed meeting my husband; I might have stayed in low-paying, soul sucking jobs my whole life long; I’d have missed seeing the world; I’d for darn sure never have been a pastor; or a mother, for that matter.

Whether by choice or by the nature of circumstance, we all find ourselves living, from time to time, with a certain degree of ambiguity. In seasons of transition and becoming, we can crash headlong into the first easy answer; or we can learn the spiritual discipline of living in the empty space. We can seek the sacred in the sea of change and trust that, like any good parent, God will be with us for the whole ride. And probably help find the grocery store.

We could live our whole lives small and scared. After all, what’s here and now is almost always easier than ‘maybe,’ ‘later,’ and ‘elsewhere.’ But my, how much we would miss. So many wonderful things–really, all the wonderful things–start as That Which Might Be. The college application; the unbaked bread; the pregnancy test; the blank page; the road to nowhere/anywhere/somewhere… Not a simple yes or no among them.

All this is to say; sorry, small man-child of mine. I don’t much like it either, but our lives right now are a mess of boxes, ‘maybe’s,’ and ‘eventually.’  But, eventually, we will find the grocery store, the library, your new bedroom, and probably, another doctor who will not believe how many words you know. You will shout ‘conquistador!’ at the top of your tiny lungs, and then you will recite the whole of Ephesians. But none of that is quite as important to me as how you answer the big questions later… the big questions that have no easy answer or discernible timeline. My great hope is that you will one day look that big, gaping ‘elsewhere’ in the eye, and count it as joy, and say “I don’t know,” and “we’ll see.” And it will be such good news. 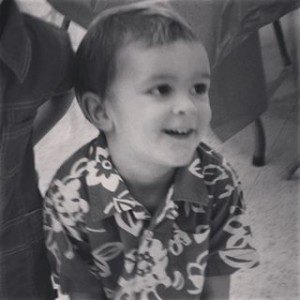