From the Crowd to the Cross: Palm Sunday and Religious Liberty 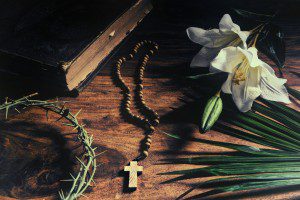 Palm Sunday–the gateway to Holy Week. Which is not only deeply sacred and important and full of all the meaning and all the feelings… but also the busiest week of the year for church folks. Dust the corners, print extra bulletins, shine the brass, eat your Wheaties, and for sure print extra bulletins. Gather early in the narthex and line up all the kids, and start the madness with a parade. We’ve been here before.

Which is to say, I’ve got stuff to do. And I am so tired of writing about WHAT IS AND IS NOT MEANT BY RELIGIOUS LIBERTY. From the Duck Dynasty dudes to the state of Kansas last year, to LOTS of states in the meantime, people and entities all over want to convince us (read: voters) that the constitution allows for the refusal of services—among other things—to LGBT folks. Or whomsoever else happens to be the pariah de jour for the fundamentalists.

Not only am I running out of breath to say ‘I don’t think that means what you think it means,’ I also know I’m preaching to the choir. My congregation is LGBT inclusive, and has been since before that was a thing. Most of my readers are affirming allies; and the ones that are not would at least concede that it is ok to serve a lesbian a cheeseburger. I don’t need to keep hammering this. You know, and I know, that state-sanctioned bigotry has nothing to do with religion, OR freedom. It is political grandstanding, it is campaigning and pandering at its most grotesque, and it is just plain spiteful.

I know it and you know it. But. Apparently the Governor of Indiana doesn’t know it, so we have to keep talking about it. But it’s Holy Week! We’ve got shit to do!

Many of us have had cause to be proud of our denominational entities this week. No, for real. The PC(USA) voted to support marriage equality. The same body has spoken out against the recent action in Indiana. And the Disciples of Christ leadership has promised to move its 2017 General Assembly from Indianapolis to points-elsewhere if this law passes into reality. That story even made it into Slate! Which is the cool kids’ paper. And Church never makes the cool kids’ paper! They called us devout Christians which—lol—but that’s ok. Because if that means we are devout for equality and the just distribution of cheeseburgers, then I’ll take it.

I keep thinking this new law will not stand… The public outcry will be too tremendous; or the economic cost will be too great, as organizations like the DOC and Comic Con continue to relocate their large gatherings. I envision outraged boycotts of the few businesses brazen enough to throw out non-gender-normative customers. I imagine a flurry of paperwork to undo or rewrite all this mess, with desperate politicians scrambling to explain it all away. “Oh, this has been misinterpreted.” “Oh, well people are abusing it” (You think?) and “This is not at all what we meant, ha ha. We take it all back. Gays are fabulous and Hoosiers are head of the PRIDE parade this year.” Believe me, I don’t expect genuine contrition. But I sure do think it will all backfire and, for money and votes at least, they’ll have to take it all back. Right?

Meanwhile. Back in California where the sun always shines and progressive is not a bad word and everybody loves the gays… this attorney in Huntington Beach wants to make it legal to execute homosexuals.

Speaking of things we should not even have to discuss.

The California Attorney General has asked the Superior Court to block the measure, so that she will not even have to process the title and summary for what backers are calling—I’m not even joking—the Sodomite Suppression Act.

This is starting to sound like satire. Or a horror movie. But it is neither.

In the public eye, these stories must seem vastly disparate in their severity. Sure, open discrimination is terrible and backward and we’re not going to Indiana any more. But execution? Unheard of. That will never fly. It will never gain enough traction for a vote. No elected official would ever sign their name to such a thing. Compassionate, thinking people will prevail.

I’m tired of talking about this. It is so asinine. Obtuse. Backward and SO two centuries ago. But I will tell you this: seeing these two stories back to back in my newsfeed today was jarring. Because really, how far is one from the other?

If we are going back to ‘you can’t sit at the counter in this diner,’ then we aren’t too far removed from the return of the lynch mob. It’s just that simple.

So. Maybe Holy week is the right time to talk about this after all. Because we know the distance from the legislative signature to the execution chamber is really not all that far. The journey from the thronging crowd to the cross? A matter of days.

We’ve been here before.

So go, Church. Go print those extra bulletins and carbo-load for next week’s marathon of holiness… Wave the palms and parade the children. Shine the brass and dust off the banners and keep dreaming of resurrection. But never forget…If we get tired, if we grow silent, if we stop banging and marching and singing, the rest of the thronging crowd just gets louder. And we get swept right along.

It’s been known to happen. 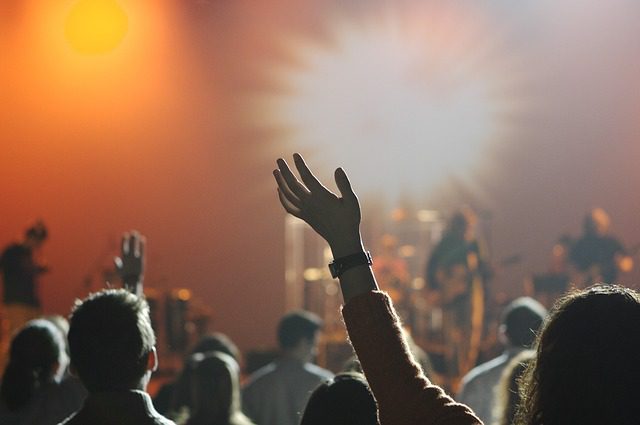 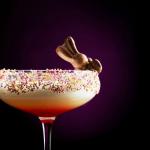 March 31, 2015 Holy Week Survival Guide: 10 Life Hacks for Clergy
Recent Comments
0 | Leave a Comment
"When the United States began, most patriots considered their patriotism in relationship to their home ..."
Caliban Whose Flag Do You Carry?
"All peace and joy on your journey!"
Patrick Along For The Ride
"I'm sorry to hear about your daughter. It's heartbreaking to hear of a parent burying ..."
Cynthia 10 Ways to Care for Someone ..."
""I'm so very sorry/I'm so sorry for your loss," sincerely meant, is actually enough...no religious ..."
J.D. 10 Ways to Care for Someone ..."
Browse Our Archives
Related posts from Irreverin