Wrote this a few weeks ago as a guest post for my friend Sarah, aka Bluegrass Redhead.

No, I’m not about to take us down memory lane to a junior high slumber party. I’m talking about examining those things we said we’d “NEVER” do when WE had kids… and then laughing out loud at how naïve/idealistic/very well-rested we were before we became parents. Ha ha. We were adorable.

The church I used to serve shared space with a wonderful preschool. It was the only program in the whole metro area that was co-op, so they were always full, with a waiting list. I used to laugh at the parents who came the night before registration and camped out in lawn chairs to get their kids into a class. Like it was Springsteen tickets or a new Star Wars movie. I would get up really early on registration day and take donuts and coffee to those mothers who braved the elements for their kids’ education. But I also thought they were nuts.

I still kind of think they were nuts. However—last week, I went a full hour early to pre-K registration, because my little guy is totally attached to his school, and I really wanted him in a particular class that is convenient to our schedule.

So, what I’m saying is I SAID I’d never wait in long lines to get my kid into a school or activity but…

In the spirit of getting over myself, (which is a healthy spiritual discipline), here are a few more things I swore I’d never do/allow, but had to eat, eventually:

All this said, there are still some “nevers” that I maintain. I know that kids change and the world is complicated and stuff happens. But still, it is important to know where your boundaries are as a parent. This means articulating values, checking in with your partner, communicating the ‘whys’ of things with kids … and knowing where you will compromise, and where you won’t.

Here are the things that I (still) won’t do:

What about you? What did you say you’d “never” do that you can laugh about now? Where do you still draw limits and place priorities?

I’m sure our lists are as different as our families, but our evolving boundaries all have the same intent—to build lasting, meaningful connections with our kids; and to make them feel so safe and loved at home that they will be able to do anything, out there in the world. I’d love to hear what your ‘list’ looks like.

Meanwhile, I’ll be over here putting war paint on my face, cranking AC/DC and pounding coffee to gear up for dance class registration. I know I said I’d never wait in line for such a thing, but y’all… It’s a jungle out there. 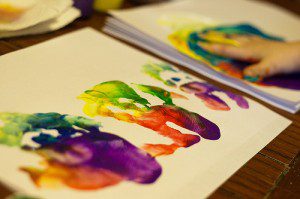 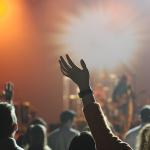 March 26, 2015 From the Crowd to the Cross: Palm Sunday and Religious Liberty
Recent Comments
2 Comments | Leave a Comment
Browse Our Archives
get the latest from
Irreverin
Sign up for our newsletter
POPULAR AT PATHEOS Progressive Christian
1

Will The Church Survive The Covid-19...
The Thoughtful Pastor
Related posts from Irreverin