10 Things That Will Still Be True After Election Day

This morning my phone flashed a cute little notification that said “Tomorrow is election day!”

I wanted to throw it like it was hot and scream AS IF I CAN FORGET THAT FOR A SECOND! It’s a new phone so I didn’t do that. But geez, how can we forget? Tomorrow is TUESDAY. Tomorrow is the great reckoning. Tomorrow dawns the day when we find out if we are still speaking to all of our friends and family or not. Tomorrow is ALL THE THINGS.

Except maybe it isn’t. Maybe tomorrow is not the looming scepter that we have made it out to be.

Granted, I have ominous visions of the emerging fascist dictatorship that will be set in motion if Trump wins. I also carry forboding images of the chaos that will ensue if he loses, with his supporters taking to the streets as a well-armed but not-at-all regulated militia…

But Toby Ziegler always writes two speeches for President Bartlett–one for if he loses, and one for if he wins. One for if Zoe makes it home alive and… well, another one. So I’ve been thinking about my own two speeches–or two blog posts, as it were. What am I going to write about on Wednesday? What do I say to my people on Sunday? And the more I think about two possible messages, the more I come back around to this same truth: whoever wins this thing, there are some things that, for better or worse, will still be fundamentally true come Wednesday morning.

For Worse: No matter who the next President is:

So how about some things that ARE good? Things that will still be left standing after whatever chaos this week may reveal?

6. Kansas City Public Schools have earned full accreditation for the first time in over a decade. Which just goes to show that some of the biggest, most life-giving kinds of change happen at the local level. And you can get involved in your state and local leadership and work for the kind of world you want to be a part of, whether or not your person of choice wins the top of the ticket.

7. The sun will come up. And there will be coffee. After that, we can tackle anything, right?

8. T-Minus 18 Days Until the Gilmore Girls Revival on Netflix. Hang in there, people. This is nothing a good Luke’s fix can’t, at least, help us face together.

9. My phone knows magic. If you have an Android, you can say “Lumos” into the microphone to activate the flashlight. And “Nox” to turn it off. I learned this trick last night, and my hope in humanity/general will to live received a significant boost. We have successfully mainstreamed the Harry Potter narrative, folks. This should counter many, many forms of darkness, both literal and figurative, currently looming on the political landscape.

10. And finally, the one we’ve all been waiting for… No more political ads. For the love of all that might still be sacred, I cannot stomach one more toxic campaign commercial. If you live in a swing state, you’ve probably endured more than your fair share of presidential ads. For the rest of us, the state and local races have produced just as much ugliness. The super fun thing about where I live is that our networks cover TWO STATES worth of political meltdown. We get the ominous voice over of impending doom for both Kansas and Missouri. So we get to be twice as anxious, twice as angry, and twice as disgusted with the whole damn thing. It’s awesome. But come Wednesday… blessed silence. Sports. Generic commercials selling crap I don’t need. I’ll even be glad to hear the ridiculously early Christmas music creep over the airwaves this year, if it means I do not have to hear another word about “Kansas values.”

Is all this good news or bad news? I guess the answer is yes, both, and I don’t know. But somehow, I believe that we will all still be here on Wednesday; that we will still have most (ok, some) of our friends; and that, if nothing else, your cell phone knows how to light the way home. Until then…I’m choosing to dwell in hope. Maybe I’ll see you there. 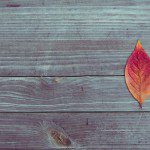 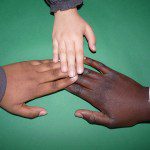 November 9, 2016 I'm With Them
Recent Comments
0 | Leave a Comment
"When the United States began, most patriots considered their patriotism in relationship to their home ..."
Caliban Whose Flag Do You Carry?
"All peace and joy on your journey!"
Patrick Along For The Ride
"I'm sorry to hear about your daughter. It's heartbreaking to hear of a parent burying ..."
Cynthia 10 Ways to Care for Someone ..."
""I'm so very sorry/I'm so sorry for your loss," sincerely meant, is actually enough...no religious ..."
J.D. 10 Ways to Care for Someone ..."
Browse Our Archives
Related posts from Irreverin