11 Reasons President Pence Would Not Be “Just As Bad”

I know. I know. Practically every week since Trump announced his candidacy, there’s been a “surely this will be the end of him” headline, and none of them ultimately amount to anything. And even now, there remains a carefully crafted narrative that his base will uphold no matter what.

Things are starting to hit the fan. Even his biggest supporters in the House and Senate are starting to skulk away, with midterms on their minds. It is getting harder to make excuses for his blunders; and nearly impossible to deny to the obvious shady business surrounding Comey, ties to Russia, and now, the possible obstruction of justice related to both.

There must be a boiling point, after all. The current pace of everyday gaff and scandal is not sustainable–not even for a giant demagogue with every resource and tool of manipulation at his disposal. Whether it’s today, or next week, or a year from now, something is going to burn this thing down. And it will probably be a spark from within.

As the certainty of some game-changing revelation grows, I keep hearing the same thing from progressive circles: “But Pence is just as bad.” Or, “President Pence will be worse.” 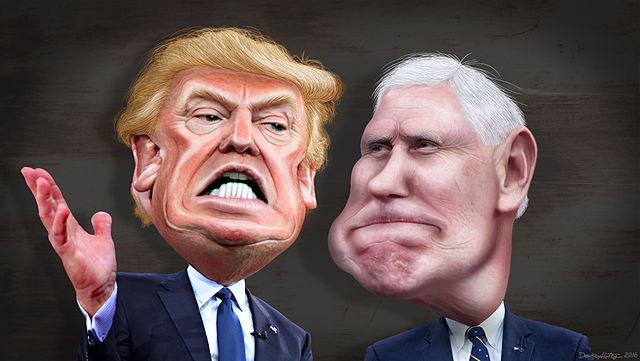 While I get the general sentiment, he is not worse. Not even “as bad.” Is he an ideological nightmare? Sure. Would he be a friend to women, people of color, the poor, or the LGBT community? Lol, no. But he’s a far safer presence than the current resident of the Oval Office. Here’s why:

The main thing that concerns me about Pence is that he could, in this moment, strategically position himself as the anti-Trump, and come out smelling like a rose. A hero to both conservatives and moderates, and possibly even a portion of the progressive base. It could mean a certain win for him in 2020, and unprecedented power for Christian fundamentalists in the upcoming midterms. That makes me shudder. But ultimately, his brand of damage is easier to reign in than the full-on global meltdown we face with the existing Trump administration.

Yes, Pence exhibits his own brand of racism; his own harmful kind of patriarchy; his own willful ignorance of poverty, and an overt homophobia that might set equality back a few decades. But these are all things we can fight. These are all issues that we can resist at local and state levels…provided we remain a functional democratic system. And, you know, that we don’t get blown off the map by North Korea. If we want to keep democracy in tact–and stay alive to fight another day–that means first ousting the sitting President.

The bottom line is, this would all be so much more fun to watch if there weren’t nuclear weapons involved… 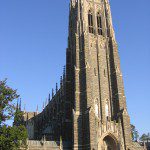 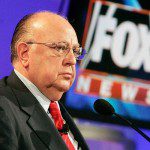 May 18, 2017 Mourning the Terrible Legacy of Roger Ailes
Recent Comments
0 | Leave a Comment
"When the United States began, most patriots considered their patriotism in relationship to their home ..."
Caliban Whose Flag Do You Carry?
"All peace and joy on your journey!"
Patrick Along For The Ride
"I'm sorry to hear about your daughter. It's heartbreaking to hear of a parent burying ..."
Cynthia 10 Ways to Care for Someone ..."
""I'm so very sorry/I'm so sorry for your loss," sincerely meant, is actually enough...no religious ..."
J.D. 10 Ways to Care for Someone ..."
Browse Our Archives
Related posts from Irreverin