A Symphony of Small Things

Some days, everything on the internet is garbage. Other days, Carpool Karaoke takes you to church.

When Paul McCartney is the guest passenger, the second thing happens.

It is absolutely worth 20 minutes of your life to watch the whole thing, especially the part around minute 16… They make a surprise appearance at a local bar. As the band starts playing, the curtains open, you get to watch the faces of these people–just chilling in their neighborhood pub–as they realize WHO IS UP THERE SINGING. Pure joy.

Beyond that, Paul takes James Corden (and us!) on a tour of his childhood haunts. The place where he used to get his hair cut. The house where he used to live. He shows where his dad used to do the laundry, and tells how his father struggled mightily with American slang. “Son,” he once said, “it’s very nice, but there’s enough of these American-isms around. Couldn’t you sing, ‘She loves you, yes, yes, yes’?

Can you imagine… our musical landscape would never be the same.

As they continue the car ride, McCartney shares how is mother appeared to him in a dream, after she died, and gave him the words “Let it be.” Then he and James sing through a chorus or two and get choked up… Did I mention you need to just watch the whole thing, because I’m not going to do it justice. But where I’m going with all this was the cruise by St. Barnabas… the church where a young Paul McCartney used to sing in the boy’s choir.

It was just a drive-by, they didn’t even stop and go in. He just pointed it out on the way by. And James said, with a bit of awe, “thank God for that choir, and for the voice it gave us.”

Which is to say–no pressure, Church, but the next Paul McCartney could be singing in your children’s choir right this very minute. Don’t f*** his up.

As the kids of my own church practiced their Vacation Bible School songs last week–preparing to sing in front of the congregation on Sunday–one of the moms remarked to me, “I wish I had an OUNCE of their confidence.” She was watching her own kids, both toddlers, sing and dance like it was their job, with no inhibitions or self-consciousness whatsoever. “Well,” I said… “If you’d had this church at their age, maybe you would.”

I think of that church in Liverpool, and the talent right there under their noses every Sunday morning of the world. Did they know? Did the priest, the Sunday school teacher, the choir director or the worshipper in the pew feel the hair stand up on the back of their neck when they heard him sing, and wonder what miracle had just wandered into their midst? Or was it just another Sunday? Another gift that might have been squandered, but for a few open doors and a well-timed opportunities…

I’d venture a guess that many of the greatest musicians around got their start playing in church. Just another Sunday, another hymn, another cringe-worthy performance–at least at first–from a young kid just learning. Some of those kids got better and some of them got REALLY good, and some of them quit music altogether. It’s not just about the music though. Some of our churches might have spectacular talent hiding in the back row… but what we should really be about is creating space for kids to feel a sense of belonging; to develop a certainty of identity and purpose, to know they’ve got a place. If the first time you use your voice is in a room full of people who love you, then there’s no stopping you from there. Whatever life holds for you, you’ll be rooted in a sense of belonging, and you’ll be far more likely to move with confidence.

What if Church-as-we-know-it gave up all pretense of moral posturing–no more culture wars, no policing people’s sex lives, no endless meetings about nothing–and instead focused all of our energy and resources on kids? What if we made the primary mission of the church to love the next generation of kids into a place of unconditional belonging; and then direct all of our energy towards public policies that supported the same goal? We’d ensure that our communities were committed to education and family services, and that the environment was a priority.

In organizational planning, they talk about mission focus and needing to find “your one big thing.” Well, what if our one big thing… is really all of our small ones? If we do nothing else with our time and space but build up a new wave of music makers and world changers, that would be the biggest thing of all.

I don’t know how to make such a radical shift take place in an organization that has staked its very existence on upholding institutional mediocrity at every turn, and that has so often to protected the patriarchy over and above anything that smacks of social change. All I know is that behind every Paul McCartney, there is a dad doing the laundry; a mother’s voice in a dream; a children’s choir, and a church that lets those children sing.

Behind all greatness, there is a symphony of small things.

This was redacted from a much longer sermon on David and Goliath, the power of small things, and the importance of mission focus. Meanwhile, order a copy of my book if you want to read read more about the church’s patriarchy problem. 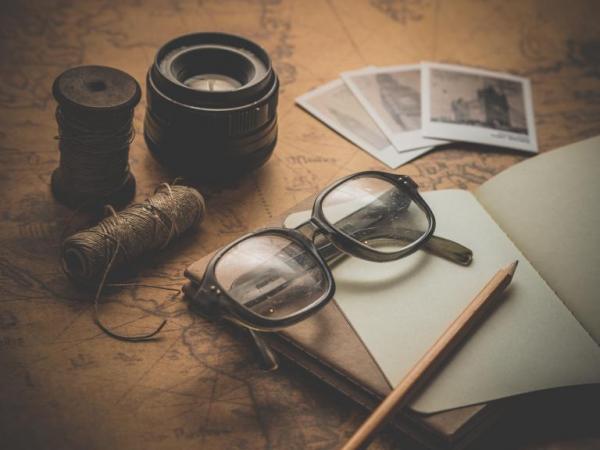 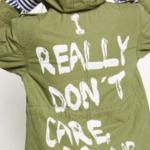 June 22, 2018
Truth is Stranger Than Fashion: Melania Trump's Jacket Was No Accident
Next Post 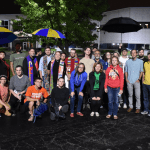 June 26, 2018 While You Were Sleeping: Kansas City ICE Agent Assaults Attorney, Pregnant Mother and Child Deported
Recent Comments
0 | Leave a Comment
Browse Our Archives
get the latest from
Progressive Christian
Sign up for our newsletter
POPULAR AT PATHEOS Progressive Christian
1