Truth is Stranger Than Fashion: Melania Trump’s Jacket Was No Accident

First thoughts first: If the Trumps had even a few gay friends, they would never in life have let Melania leave the house in that abomination of a jacket. This is the gospel truth. Clearly, in addition to immigration lawyers, we also need to send some fashion police to the southern borders. Stat.

Second — WTActualF? Why did ANY of her handlers let her wear it? Not just out of the house, but into the midst of a humanitarian crisis?

That part may be true. But this is not one of those times. This time, a jacket is a giant glaring tacky billboard, and you better believe its message is intentional. Here are two ways you know:

For one thing, her people are saying, “It’s just a jacket, it cost $39 so it’s not important.” Pardon me, but I challenge anybody to go find ANYTHING ELSE in that woman’s closet that cost $39.

And for another, the spokesperson’s response is very telling: “After today’s important visit, I hope the media isn’t going to choose to focus on her wardrobe.”

Here, they are clearly villainizing the media ahead of the fact. The coded message is, “If this even makes the news, then the reporters are being petty and shallow for focusing on her clothes and not the important matters at hand!” It also sets up the narrative that the media is biased, and clearly set on criticizing any action, speech or garment choice on the part of the Trump family. Even if she’s going to do something nice, like visit kids who’ve been separated from their parents, people are only going to complain about her clothes, right? So now they get to cry “liberal bias” and “fake news!” when the public legitimately asks “WTF even is that jacket?”

Some say, too, that it might have been unintentional; in poor taste, yes, but just another clueless moment that shows how little the First Family is connected to reality, and how obtuse the very wealthy can be about reality. But it bears mentioning also … who wears a coat in Texas? In June? This was no accident.

If you know this is an “important visit,” as the response implied, why wear a message that can’t be ignored? Why wear a garment with no functional role in this season, that has the look of literal graffiti in large and inescapable proportions?

It reads like a middle-of-the-night Trump Tweet, and it’s a giant F-U to the mass outrage expressed over separating families and detaining children at the border. It might also be a not-so-subtly coded message to their base that says “Don’t worry, we haven’t gone soft on immigration, everybody be cool and we’ll still Make America Great Again.” There is nothing subtle here. The Trump Empire doesn’t do nuance, and neither do the supporters who still think this is all fine.

This is beyond the oblivious one-percenter wearing stilletos to the site of a natural disaster. This is calculated, and the ultimate goal is sinister: drive a deeper wedge between left and right; and further discredit the media.

If some part of that doesn’t keep you up at night, then I want whatever sleeping pill you’re taking.

Listen, the feminist in me is torn. I want to say, leave the woman alone, you can’t blame her for how revolting her husband is. And also, she should wear what she wants and it’s none of your business. But the feminist in me also says, the woman is not an idiot, she is not a helpless pawn with no agency, and SHE CLEARLY HAS SOME FASHION SENSE. You know what? Both sides of my internal argument point to the same bottom line — the jacket was not a fluke or a faux pax.

It’s been clear that the Trumps don’t care for quite a while, but now they’re even wearing clothes that confirm it. 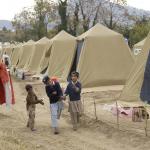 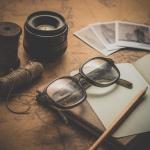